Danish-Icelandic megastar Olafur Eliasson is putting on the second Festival of Future Nows at Hamburger Bahnhof (Sep 14-17), featuring works and performances from 100 international artists in a dizzying array of interdisciplinary formats, from improvised installations to sound poetry.

You once said breakdancing impacted your art. How so? 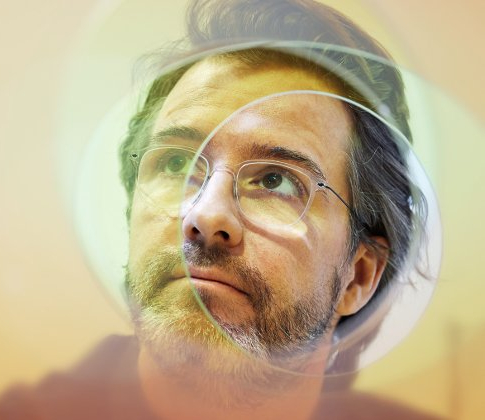 I started dancing in my early teens and was very obsessed with it at the time. It gave me a physical relationship to my environment and enhanced my ability to sense my surroundings through my movements. This has had a great impact on my artistic practice, by giving me an emphasis on the viewer’s physical experience of the artwork. An artwork activates the viewer to become a co-producer of their experience, and I think I first saw this potential in breakdancing. It just shifted from my own performance to the artworks, which are now the performers.

How was it setting up your studio in Berlin in 1995?

I moved to Cologne first, in 1993, because I thought the art world there was livelier than in Copenhagen. But then I visited Berlin occasionally and saw that it was a more inspiring place. So after a year and a half, I moved here. It was a struggle to be here in the mid-1990s; it was tough and very demanding, but there was such a high concentration of talented people here. There was space for creativity and for connectivity. In a lot of ways, it was a different city from the one it is today or even 10 years ago.

You might say that the city has become a victim of its own success and that it has often failed to protect, sustain and support the spaces and practitioners that it has attracted over the years, but I still believe it is a uniquely open place to work as an artist.

Why call your Prenzlauer Berg studio a “reality-producing machine”?

I consider my studio to be part of the city and of the world outside. When you enter it, you do not step out of Berlin and into the utopian space of an artist’s studio. You enter a place that is deeply interwoven with reality, where we are busy contributing to the production of reality. I strongly believe that reality is relative, that it’s negotiable, and that we are all engaged in producing it together – the trick is to recognise this fact and act on it.

With your Institute of Spatial Experiments at UdK (2009-2014) you said you aimed “to curate learning situations of uncertain certainty”… Can you explain?

There is a positive notion of uncertainty that I like to keep in my practice, an uncertainty that wakes you up from your assumed, received way of seeing things and makes you curious. But this can sometimes be frightening or overwhelming. What I am interested in is where you learn to accept this uncertainty as integral to working as an artist, to no longer be frightened of it, but to become certain of it.

In this new edition, we’re further exploring the questions central to the Institute for Spatial Experiments. It’s a kind of intensification and scaling up of what we were doing. Visitors will encounter an intense energy field of spontaneity and planning, full of performances, events and experiments.