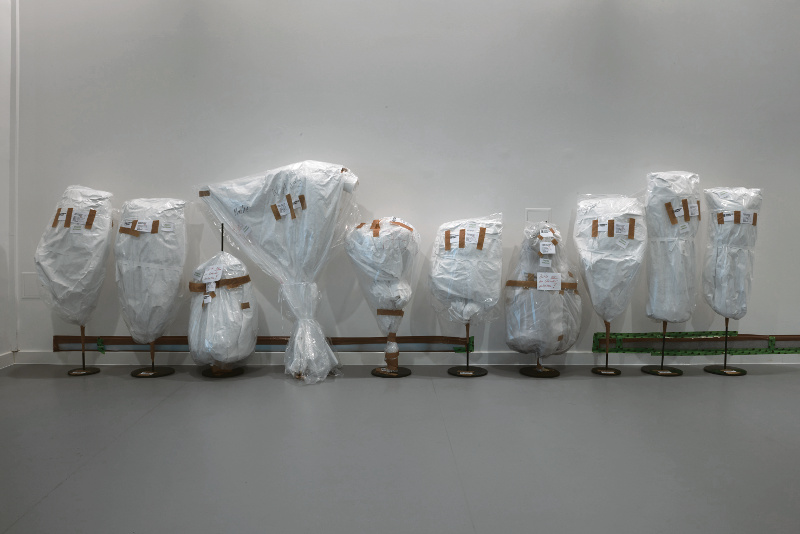 The southwestern suburb still has a lot to offer a museum-going day tripper – but for how long?

This dark winter month, take a mini stay-cay out in Dahlem and bear witness to the end of an era. This affluent neighbourhood is home to the Free University, the Max Planck Institute, and the Botanical Garden, but you don’t have to worry about crowds. Since reunification, Dahlem’s museums have lost many visitors (from over half a million in 1989 to around 120,000 last year) and now, some of their prized collections are departing to Mitte and the grand vision of Museum Island.

At the controversial centre of this transition is the Ethnological Museum, the largest of its kind in the world, which closed last year in preparation for a move into the still-under-construction Humboldt Forum. Director Viola König retired alongside her final exhibition, but not before defending her “non-European” collection from colonial critique (such as from the protest group “No Humboldt 21!”), while at the same time criticising the muddled planning of the transition by the Humboldt Forum’s British director Neil MacGregor.

You can now see select Ethnological Museum highlights on Museum Island courtesy of the exhibition programme On the Way to the Humboldt Forum. But over in Dahlem, don’t miss your last chance to stroll through the foyer of the museum’s former home where DAHLEMMA – Perspectives Galore (photo), part of their Packing up and Repackaging series, a scaffolding-like installation of videos and photographs by German media artists David Gaehtgens and Daniela Maria Hirsch, presents the last eight months of the relocation behind the scenes. It’s also your chance to experience a south-western instalment of Fritz Bannerman’s architecture – the man behind the Amerika-Gedenkbibliothek and the Deutsche Oper.

It’s a bit depressing, but Dahlem is not without celebrations. Head next to the Museum of European Cultures to catch the last days of Anna Weaves Reformation, featuring a sprawling tapestry created on the 150th anniversary of the Reformation and dusted off on the occasion of last year’s 500th Protestant jubilee. For kids, 100 Percent Wool is a fun, interactive exhibition filled with wool-related historical artifacts, a giant sheep they can climb on and a back room with wool-related crafts. Also downstairs, Berlin-based Mila Teshaieva’s photographs made with flashlights in the dark provide a haunting view on the unique landscape, inhabitants and ancient culture of the North Sea island of Föhr.

From there, it’s just a short bus ride and – if the weather cooperates – a pleasant walk to the the Brücke Museum, which turned 50 last year. Famously one of David Bowie’s favourite Berlin haunts, it’s dedicated to the work of the early 20th-century Expressionist group Die Brücke (The Bridge) and is still celebrating its golden anniversary with an exhibition of paintings, prints and drawings focused around the years 1905-1913, including donations from museum founder and Brücke painter Karl Schmidt-Rottluff.

Next door, end your day at Kunsthaus Dahlem. From January 19, the museum’s small collection of post-war German artworks will be joined by paintings and sketches from the exiled Jewish painter Armin Stern (1883-1944), on view for the first time in Berlin. You just have to make it before the Kunsthaus closes at 5pm – and then you still have time to follow this full day in Dahlem with an evening glass of Glühwein.