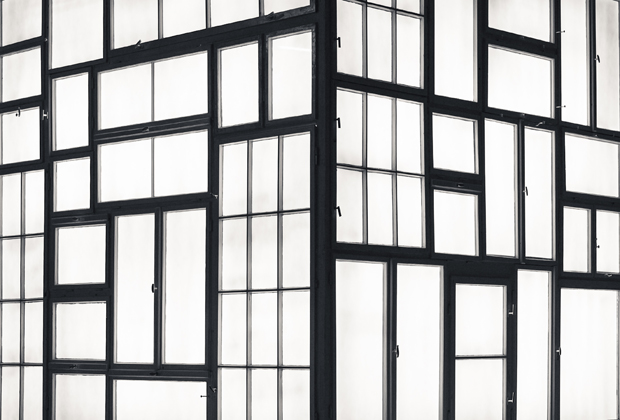 Our guide to Berlin Art Week

These last few weeks, one could have sworn that the Berlin art world was on holiday. Short of some communication in press departments, you could’ve heard a pin drop. Since last Thursday though, our inboxes have been on fire: Berlin Art Week (Sep 17-22) has begun! So the art department at Exberliner has dutifully taken it upon itself to make sense of the chaos and allow you to enjoy this jam-packed week.

We’re busy taking private behind-the-scenes tours of the major venues and will be out and about, posting live with exclusive interviews and blogs of what’s what in the Berlin art world. Watch this space for all the latest. And join the Exberliner crew on Thursday, September 19 for the Preview opening.

19:00 The much-anticipated Painting Forever! is a cooperation between Berlinische Galerie, Deutsche Bank KunstHalle, KW Institute for Contemporary Art and Nationalgalerie. It features works in the medium from a full spectrum of art stars. The four different, tandem openings taking place all over the city give visitors the chance to warm up to Art Week and see what the entire city has to offer. Start off early, seeing as much as you can: each space has an interesting offering (although Franz Ackermann at Berlinische Galerie is my personal must-see). If you’re trying to save time, the Kunst Werke opening for Keilrahmen might be your best bet, boasting the most positions of all the participating space and giving a good excuse to already be in Auguststraße for the massive festival they are planning there.

19:00 Auguststraße Festival. This event starts as a small tour of said street, with many of the galleries staying open late. Aside from KW, our absolute must-sees are Egyptian artist Kahled Hafez’s current show Berlin Chromosome at Galerie Naimah Schütter and the opening party for Schöne Grüße Thomas Schütte at ME Collector’s Room.

21:00 There will be an array of musical performances to support the evening, with acts such as Hush Hush, Unmap and DJ Acid Maria.

11:00 DJ Tino Tornado will rock the Spiegelsaal at Clärchens Ballhaus.

On Wednesday things are moving fast, with an unbelievable amount of openings and events. But tonight, all roads lead to the After Year Zero opening at HKW. Here are some other options…

Worth dropping in… Check out the Painting Forever show BubeDameKönigAss with Martin Eder, Michael Kunze, Anselm Reyle, Thomas Scheibitz at the Neue National Galerie in the late afternoon, Jen Ray’s exhibition at Haus am Lützowplatz (there won’t be special events during art week, but the show itself is an amazing experience) and Liu Ye’s opening at Johnen Galerie (Marienstraße 10).

13-19:00 Homecomings at Horse (Boxhagener Straße 93), featuring a host of cool Icelandic artists such as Ólafur Ólafsson, Hreinn Frydfinnsson, and Elin Hansdottir, among other international artists such as the one-and-only Sophia Pompéry.

17:00 Yudi Noor and Marissa Favretto at Galerie Christian Ehrentraut (Friedrichstraße 123) The artists’ energy transcends through the work into the space, charging visitors’ psychological battery for the rest of the weekend.

18:00 Stop by Autocenter for a talk with current exhibition curator Nils Emmerich, checking out their One From One exhibition.

18-23:00 The Berliner Liste opens with opening remarks by the head curator Dr. Peter Funken and Exberliner art editor Fridey Mickel. This year’s Liste serving is better than ever, presenting over 130 different galleries and artists, a curated photography section and much more (stay tuned for our updates).

18:30 Haus der Kulturen der Welt’s After Year Zero exhibition, whose posters have already been seen around town, opens this night, starting with an artist talk that will move into a full-fledged vernissage fete. The story behind the show is the relationship between Africa and Europe since 1945, and sports video work from Egyptian artist Jihan El-Tihari (who filmed Bin Laden at his Sudanese training camp in 1992 for the BBC) and meteorite artist Kader Attia’s re-appropriation of art from the Vatican’s ethnological art collection.

19:00 Move down Unter den Linden to the Schering Stiftung to check out the next opening, Iñigo Manglano – Ovalle Bird in Space at MACH10. We’ll definitely be there too.

19:00 Berlinische Galerie’s Demonstrate! artist talk with renowned curator David Elliot (former director of such museums as the Moderna Museet in Stockholm, The Mori Museum in Tokyo, and the Istanbul Modern), moderated by Berlin’s own Thomas Eller. Stay and check out Franz Ackermann’s contribution to the Painting Forever! project, additionally the opening of Kunst in Berlin 1945 bis heute, a new presentation of the Berlinische Galerie’s collection.

A bit later, Ada Van Hoorebeke’s solo exhibition at the Grimm Museum (Fichtestraße 2) is also not to be missed.

20:00 An interesting project at HAU 2, the finishing exhibition Last Exit to Space initiates an open dialogue about smaller initiatives in regards to the larger Berlin Art Week.

18-22:00 Preview Art Fair opens. The entrance is reduced to €5, and a lot will be happening! Some highlights (to name just a few) are Roey Heifetz at the Israeli Embassy’s fair stand, a rumored pasta performance at Galerie Expo, and Ralf Schmitt’s exhibition through his project Myvisit.to. We’ll be there taking snapshots of people as they come and go, so be sure to come by and say hi.

19:00 We’ll be stopping by to see who of the four nominees will win the coveted Preis der Nationalgalerie für Junge Kunst. Awarded every two years, the prize has foreseen a number of artists who have gone on to be quite big: Christian Jankowski, Olafur Eliasson, Monica Bonvincini, Tacita Dean, Daniel Richter and Cyprian Gilliard, to name a few. This year, the winner, rather a prize of €50,000 and a piece acquisitioned from them, will receive a solo exhibition at the Nationalgalerie with a printed catalog. Our personal forecast is that Mariana Castillo Deball will win, but who knows?

19:00 Equally enticing is the ABC opening (Station Berlin, Luckenwalderstraße 4-6), running at the same time. Thomas Zipp, Julius von Bismark, Tilo Schulz… Hauser + Wirth is presenting this year, as well as galleries from Mexico and even Saudi Arabia.  The crowning achievement of the fair? The enormous endeavor of Timo Klöppel’s “Cubus” for Galerie Kwadrat: c. 300sqm of whited out glass windows, beaming an unearthly light into the space.

19:00 In Marzahn, there’s an opening at Gallery M in connection to the Exotika 2013 project happening throughout the city (in case you haven’t heard, Marzahn is the next big thing for off-spaces in Berlin – there’s word that Tacheles has even found a new home there recently).

19-22:00 The other option would be to go to Kotti to check out the open studios at Künstlerhaus Bethanien (Kohlfurter Straße 41-43), Projektraum Bethanien to see the John Cage show with (a.o.) Matthew Barney and Louise Beourgeois, and the PRAXES Center for Contemporary Art (Alexandrinenstraße 118-121) then to the opening of graffiti art at BC Gallery.

19:30 There’s an artist talk at Haus am Waldsee, if you choose to go west, in support of their current show Entweder / Oder in homage to Søren Kierkegaard. We’re hoping artist Tal R will make an appearance.

On the way back to the city centre, it will be totally worth it to make a stop by Than Hussein Clark’s opening at Galerie Mathew.  Clark’s amazing sunny snapshots will make the detour worth your while.

22:00 Check out Conturbanaries Art Festival at RAW (Revaler Straße 99). It’s the opening party and will be running through to an undetermined hour.

Worth dropping in… Performance Art master Ulay’s exhibition Ich bin Ich: Ulay on Ulay at Salon Dahlmannwill will be open.

Around Blaine|Southern, the highlights are Uwe Wittwer at Nolan Judin (Potsdamer Straße 83) and a pop up show Suspension at the Alte Sparkasse (Potsdamer Straße 79). Later, checking out Björn Wallbaum’s opening Life on Autofocus, open until midnight at AJLart (Potsdamerstraße 98a).

September Galerie (Blumenthalstraße 8) has an opening with really great photography, KM Temporärer opens its last show before leaving its space in the Kremmener Straße (8a).

Check out the B-Men playing at the “SEZZESSION” pop up show at SEZ Berlin (Landsberger Allee 77), with works from artists Marc Bijl and Zhivago Duncan. This show is especially cool because you’ll get to experience these popular artists in a more human environment than the blue chip galleries where they usually are shown.

Last but not least, there’s a pop up show in an empty shop in Brunnenstraße (178), across from Weinbergspark with work from the sculptor Christian Henkel, fluorescent, figurative Marie Aly (she’s really hot in Amsterdam right now), and hammer-geil drawings from Patrick Farzar.

14-18:00 Ulrich Wüst Index / Berlin Leporellos exhibition at Collection Regard (Steinstraße 12). It’s a very magical Harry-Potter-esque side street in Mitte that you would never know unless you’re from Berlin. Or read us.

17:00 Head to Kleine Humboldt Galerie, for a free tour of this student initiative at the Humboldt Graduate School.

18:00 The opening of the final exhibition of Goldrausch artists called Körnelia at Galerie im Körnerpark (Schierkerstraße 8).

18-21:30 Glasgow Weekend, an open-air exhibition and performance series of Glaswegian art and artists including (among others) Franz Ferdinand and Douglas Gordon in the pavilion of the Volksbühne in cooperation with the just-as-Glaswegian David Dale Gallery.

19-20:30 Galerie Michael Schulze will host a talk with artist duo Römer + Römer, in support of the show they’re running there.

Worth dropping by… Chert (Skalitzer Straße 68) is showing 3 Pounds of Jelly with Vanessa Safavi, which opened the night before.

You might want to travel to exp12 / exposure twelve (Greifswalderstraße 217) for photo exhibition from Isabel Kiesewetter Konversion, taking spontaneous photography of former military places as they turn into facilities for civilian use. The works are very alien, but worth the ride.

17:00 Plural Project at Atelierhof Kreuzberg (Schleiermacherstraße 31-37) presents a series of film viewings, talks readings and performances. You’ll surely find a lot of interesting things to see at the Atelierhof, as it hosts the studios of many exciting and prominent Berlin artists.

Close by will be a finissage at Neurotitan (Rosenthaler Straße 39) for their group show called My Icon. The space has a slight Gothic flair, and this would be a good chance to run by and get to know it.

21:00 Don’t miss the official Art Week party at Kreuzberg Pavilion with Salon Hansa’s No More Heroes. It’s the 20-year anniversary of the Salon Hansa project, and sadly the last one, so don’t miss this “siren in the city” on Saturday night with musical performances and Djing from party host Hansa Wisskirchen enhancing the show. It’s an interesting and unusual opportunity to see artists such as Shila Khatami, Alicja Kwade, Torsten Solin and Olaf Hajek showing together.

Worth dropping in… If you need some air, go see Wild New Territories, a traveling exhibition already shown in London and Vancouver, now on view at the Botanical Gardens and Museum. The pop-up exhibition Sezzession at SEZ Berlin will be open, hosting a series of artist talks throughout the day with names like Marc Bijl and Zhivago Duncan.