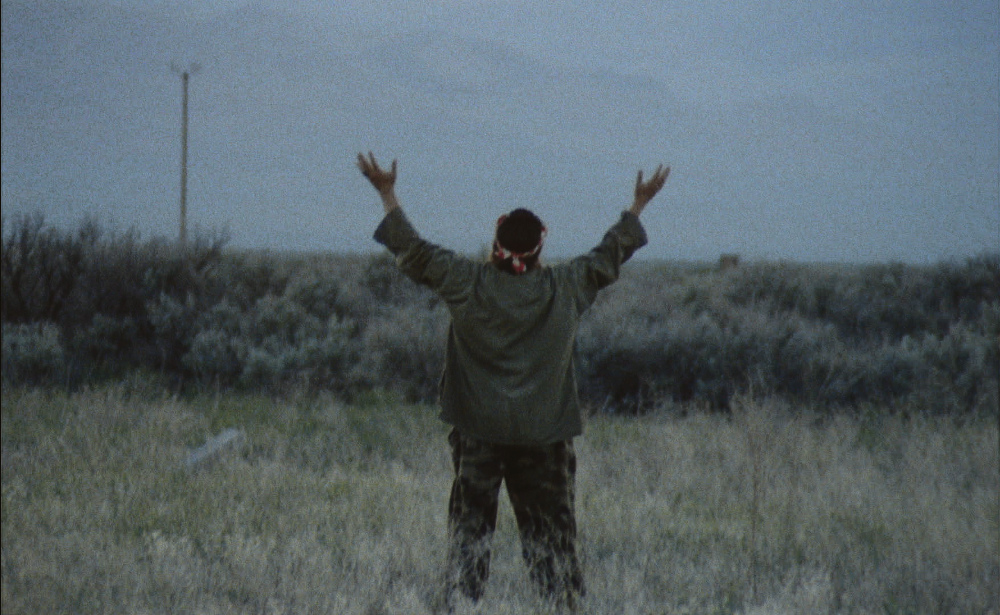 Fluidly working between art and ethnography, Lachauer’s current solo exhibition at Berlinische Galerie features the film Dodging Raindrops: A Separate Reality, created while retracing research trips described by the controversial ethnologist Carlos Castaneda. Among various vignettes of the American Southwest and Mexican border, the film focuses on two marginalised, but also somehow magically profound, men living in extreme destitution – no doubt a reference to Castaneda’s own (possibly fictional) teacher Don Juan Matus, a Yaqui “Man of Knowledge”. This gritty romanticism carries over to the second, more enigmatic project “The Adventures of a White Middle Class Man (From Black Hawk to Mother Leafy Anderson)”, which documents a trip up and down the Mississippi River following the path of the Sauk Indian Black Hawk and his reincarnation as the priestess Mother Leafy Anderson in New Orleans. In photographs and a newsprint “journal”, real-life history falls to the background to reveal a depressed place, nostalgic for some forgotten past.