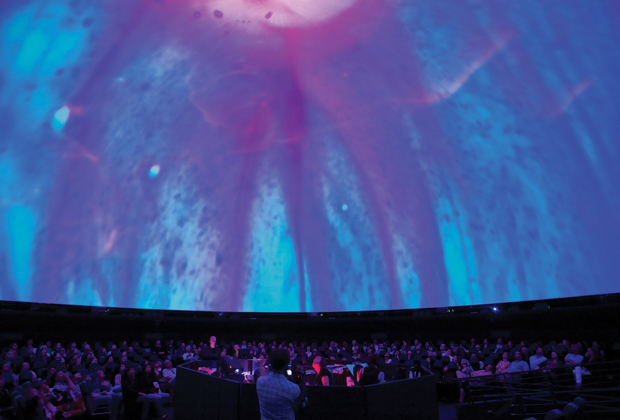 Founded in 1988 as VideoFilmFest, Transmediale began life as a DIY festival showcasing electronic media work that was not accepted at more traditional fests. It’s come a long way, and this year Swedish director Kristoffer Gansing is at the helm for the first time.

“It’s really important that it’s a radically transdisciplinary event,” says Gansing, “that it attracts people from all fields and is not afraid to stay in this in between state that requires trying to find new positions.”

His chosen theme for TM12, “In/Compatible”, forefronts disjunctures, moments of dissonance and conflict, rather than confluence in technology, questioning the capitalist logic of constantly seeking integration and built-in obsolescence.

The exhibition, Dark Drives. Uneasy Energies in Technological Times, continues this exploration, including work by legends such as Chris Cunningham and Eva and Franco Mattes aka 0100101110101101.ORG.

Gansing’s top tips for a bit of light relief from the panels include the legendary Joshua Light Show, a psychedelic light display project that has been ongoing since the 1960s.

Jeremy Bailey adds another layer of humour with his absurd performative takes on virtual reality and the fast ageing of new technologies in his performance The Future of Creativity and his exhibition as part of the Marshall McLuhan Salon.

From “Words of Advice for Young Pornographers” to “Business as Unusual: Financial Crisis, Computing and Money Machines”, the panels, symposia and workshops encompass the spectrum of thoughtful inquiry around our increasingly networked lives.