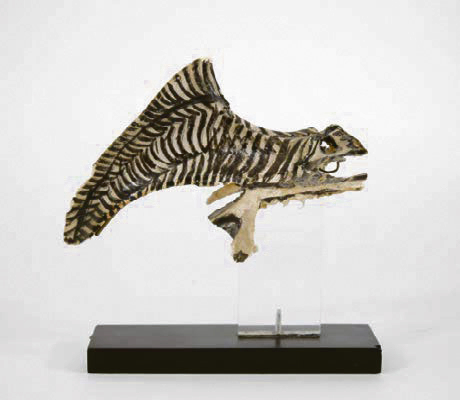 Freshly arrived in Berlin from the Tate Modern, the first major retrospective of works by Fahrelnissa Zeid (1901-1991) highlights her role as a pioneering Turkish modernist who challenged a Eurocentric male-dominated art world. While abstract expressionism was exploding in America and abroad, Zeid held her own with a formal language radically distinct from her Western contemporaries by including references to Byzantine mosaic art, Islamic architecture and philosophy. 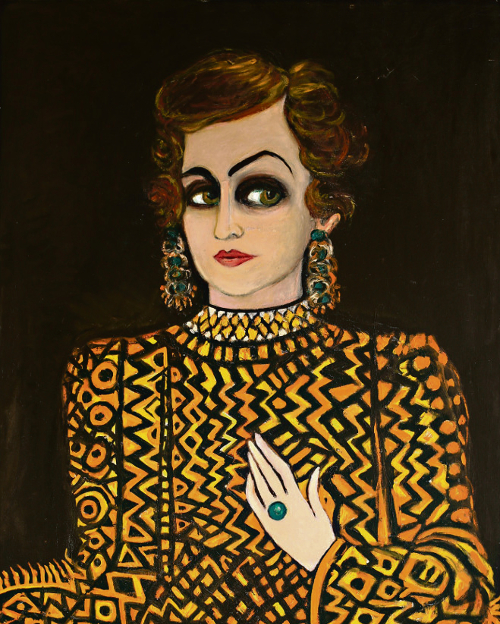 She trained in Istanbul and Paris, and briefly lived in Berlin when her husband, Iraqi prince Zeid Al-Hussein, was appointed Ambassador of Iraq to Germany in 1935. They later moved to London, leading a comfortable upper-class life until July 1958, when Al-Hussein’s entire family was killed during an Iraqi military coup. At the age of 57, Fahrelnissa had to cook her own meals for the first time – which in turn became the inspiration for a series of works made of painted chicken bones cast in resin. While the rest of the exhibition is a captivating kaleidoscope of colour, these so-called “Paléokrystalos” are a unique result of one great (female) artist’s struggle.

Fahrelnissa Zeid I Through Mar 25