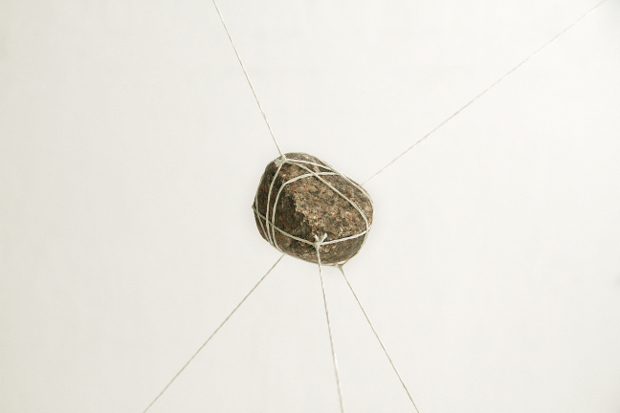 Born of the Brunnenstraße sphere, Invaliden1 has carried two things to its new home in Kreuzberg: its former address as a namesake, and its tireless work ethic. This month the gallery houses Argentinian artist Nicolás Robbio, whose work explores the tension of interdependence.

Named for its original location in Mitte in 2005, Invaliden1 was a founding member of the Brunnenstraße Art Street, holding its own there until moving to Graefekiez last October. With a constant run of about 64 shows since its inception (one show every six weeks without a break), the artists of Invaliden1 are convinced by their philosophy to offer something back to the city of Berlin as a result of joining forces on a regular basis.

Their concept in creating projects and selecting the artists with whom they work runs through a voting process between the five founders of the gallery. The space has made many changes in its eight years, starting as an artist-run space focusing on positions from Spain and Portugal and growing slowly and ever more steadily into a full-fledged art gallery with a set program of artists, featuring positions from all over the world. A special focus is on the specific needs of exhibiting artists, giving them full freedom in how their artworks play out in the space. The gallery has been home to museum-worthy exhibitions by renowned artists such as Reynold Reynolds, Ming Wong, Ulf Aminde, Johan Zetterquist, Annika von Hausswolff and Pedro Cabrita.

The current show, Every Body Knows by Argentinian artist Nicolás Robbio, opened June 27 and runs until July 31. This is Robbio’s third exhibition with the gallery. His work explores interdependent relationships, using, for instance, installation to explore and play with the tension of keeping everything stable. Content-wise, his works balance each other: if you take one piece away, the whole thing falls apart. A highlight of the show is an installation/sculpture consisting of a table turned upside down (so that the legs are touching the ceiling) balanced on a wooden stick. A mountain of sand that was poured onto this structure slowly trickles down the sides onto the floor; as the sand recedes, the structure stands in ever-imminent danger of collapse.