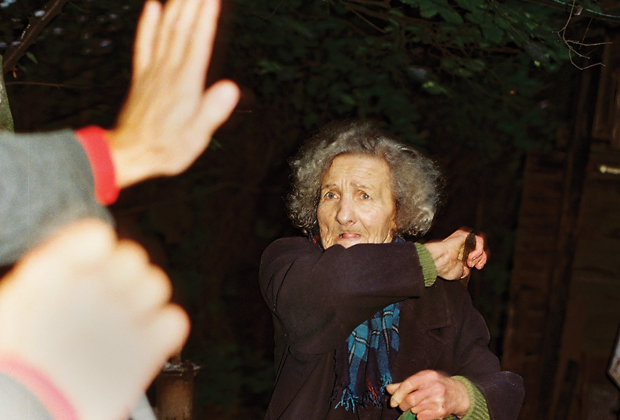 Throwing Ostalgie under a different light, C/O presents a harrowing retrospective of social criticism with the early work of Gundula Schulze Eldowy.

Taken between 1977 and 1990, Eldowy’s 120 now -state-embraced portraits of East Berlin, and later Leipzig and Dresden, confront past official histories as they give life to the desperate and otherwise denied underbelly of the GDR, entering homes, workplaces and state institutions.

Moving to Berlin at the age of 18, Eldowy made the Scheunenviertel in Mitte her roaming ground, the meeting place for the Berlin milieu that would become the basis of her ethnographic-like archive, Berlin in einer Hundenacht (Berlin on a Dog’s Night).

Her grainy, black-and-white portraits focus upon the city’s misshapen, wrinkled faces of poverty and loneliness. These stand alongside the rubble and equally battered buildings of a paralysed city, depicted by Eldowy as akin to an archaeological site.

From the violence of hospital sheets blood-stained by a mother’s torn abdomen to the muted daily struggle of an elderly woman climbing the stairs, the populace of Eldowy’s images are marked by melancholic, despairing gazes that wordlessly rebuke the state’s officially sanctioned narrative of prosperity, happiness, future and hope.

Through classically regimented compositions, Eldowy creates an immediacy and highly emotive rapport with her subjects; they give themselves and their stories over to her with the frightening intensity of the disempowered, keening to be heard.

Particularly devastating is the photo narrative of Tamerlan, a woman Eldowy befriended on a park bench in Kollwitzplatz and photographed over many years, chronicling her physical decline.

In the late 1980s her work became more symbolic and transitioned to colour. Yet the inherent political provocations remained; Eldowy avoided arrest only thanks to the dissolution of the GDR, leaving for New York in 1990 at the invitation of Robert Frank.