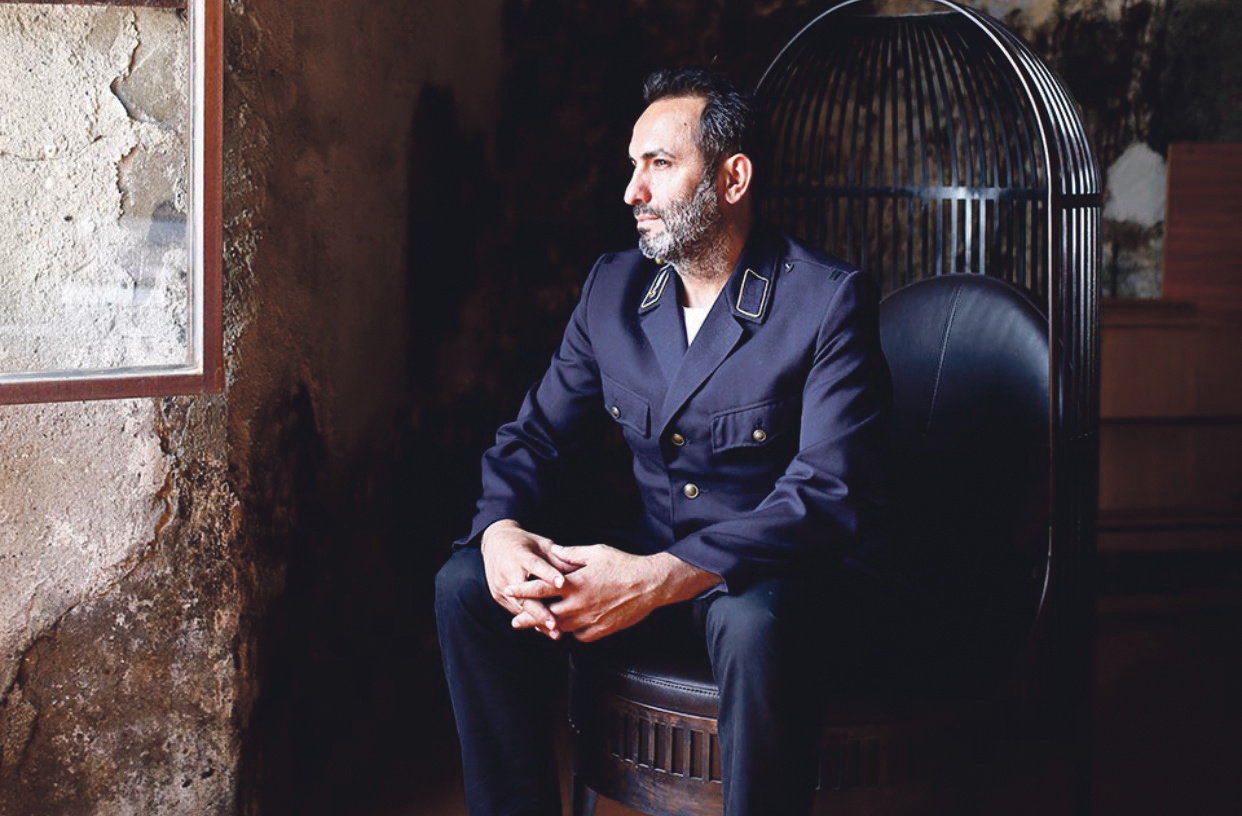 Halil Altindere is hitting Berlin Art Week with a jarring dystopian proposal: Send all the refugees into space.

The influential Turkish artist is all over Berlin this month, challenging us to think about the hypocrisy of progress in three interconnected shows: his video work for the Biennale at the Akademie der Künste, the installation Köfte Airlines at HAU and Space Refugee at Neuer Berliner Kunstverein (NBK). For the latter, he worked with Muhammad Faris, an astronaut who became the first Syrian in space before having to flee the country as a refugee, to create an utterly relevant multimedia exhibition that just might snap us back to reality.

How did Mohammad Faris become the first Syrian astronaut?

Muhammad Faris built a career as a Syrian military aviator. He was one of 60 Syrian astronaut candidates at the Yuri Gagarin Cosmonaut Training Centre and eventually made it down to the last four. He spent seven days, 23 hours and five minutes in space, and when he returned to Earth he was a national hero. He said, “When you have seen the whole world through your window, there is no us and them, no politics.” While in space, Faris decided to quit the military and make it his mission to educate his people in science and astronomy to, as he said, “pass on this privileged view I was given”. On August 4, 2012, during the Syrian civil war, he defected from Assad’s government and joined the armed opposition. He lives as a refugee in Turkey now. The first part of the show will be all about his story, with a documentary, paintings and a sculpture of him.

Since the beginning of July, there is no place for Syrian refugees to go except for Turkey. They have lost all their chances for a better life. There have been discussions for years about the possibility of settling on Mars, and so I’m asking: If nobody is willing to take the refugees, why not send them to Mars and let them form colonies there? I’ve been talking to people at NASA and futuristic architects to evaluate all the different factors of life in space. Then, in the third and last part of the show, I plan to use virtual reality and put the viewer into a digital universe to experience being a space refugee!

Your video Homeland is still up at the Akademie der Künste for the Berlin Biennale (through Sep 18), and your work Köfte Airlines will be up at HAU for the Aesthetics of Resistance festival (Sep 14-Oct 8). Did you intend for all of them to be shown at the same time?

Yes, sure. When I was invited to have a solo show at NBK, I wanted to do a project on the refugee crisis. Then I got the invitation from HAU and I offered them Köfte Airlines, and then I got the invitation from the Berlin Biennale and I decided to link all of the works. In Homeland you can see references to Köfte Airlines. When Abu Hajar, the rapper and activist in Homeland, was in Istanbul, I introduced him to Muhammad Faris, who was one of the first to watch the work. He really liked it – he cried, told me he agreed with Hajar and said, “We have a homeland, and one day we will go back.” Space Refugee and Homeland have the same feeling, the same sense of “hope”. I don’t like complaining, showing crying people – hopeless, vulnerable and desperate refugees. I prefer to focus on the good parts of really difficult situations.

There is plenty of humour and fantasy in Homeland – will there be more in Space Refugee?

Homeland blended fantasy with real-life footage, but my sense of humour effected the real footage – everyone actually thinks it’s all fantasy. Space Refugee focuses on Faris’ real life as a refugee. I just want to show the bigger picture through his story. But again, I mix up reality and fantasy, and people can interpret the issues from different angles.