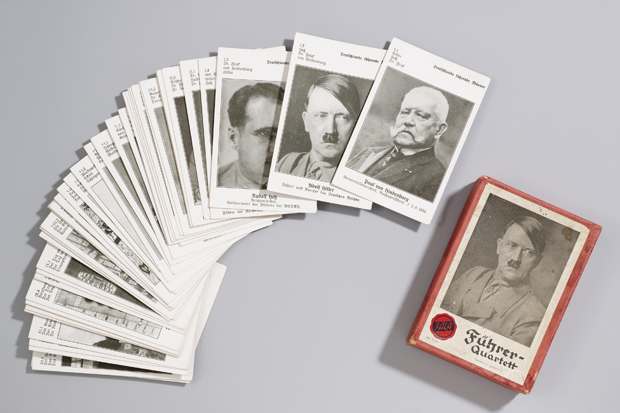 The German Historical Museum’s latest exhibition deals with the uncomfortable and often unwelcome idea that Hitler could never have amounted to much without the proactive contribution of the German people. Hitler and the Germans: Nation and Crime suggests that the man who ruined a certain type of moustache forever was not some charismatic monster that seduced and subjugated a helpless nation, but a manmade villain, the product of immense popular support.

There had been no sign whatsoever as Adolf was a child that he would go on to become the most infamous leader in European history. Besides brilliant rhetorical skills and a slightly skewed perception of humans, he was by no means special – he certainly had no hypnotic superpowers to explain why he had almost a whole population shrieking “Heil!” in unison. Hitler was exactly the antihero Germany needed to bounce back after WWI, as shown by enough glittery fan mail to fill any rock star with envy. And all the Spiegel covers he’s made it onto since show how obsessed Germans are, still trying to explain him.

The exhibition is bold and challenging in the way it examines the Führer’s rise to the top, dredging up memories the German nation as a whole has spent over 60 years repressing.

Although it may be intended for natives, there are still plenty of reasons for non-natives to go. The first two of eight parts – “Führer Myth and Führer Movement” and “Hitler and the Nazi Party” – provide perhaps the most interesting portrait of Hitler so far.

Finally, an exhibition on Nazi Germany which rather than focusing on the human tragedy, takes time to investigate the man who was presented as its sole instigator and the German mindset which allowed it happen. Not all eight segments are equally interesting, and a more focused selection would have contributed to clarity, but it adds an interesting and much-needed new angle in examining the one German – albeit immigrant – the world will never forget.