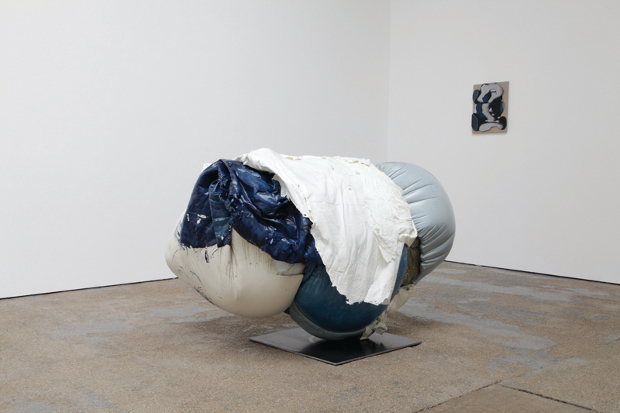 Köhler’s clutch of projects in Berlin includes Taken for Strange (at the since-closed space APPARTEMENT); Statics And The Movement In Between at Frontviews and his work with the MKgalerie (Berlin/Rotterdam). His work at Frontviews caught the attention of Monika Pfau at Hengesbach Gallery, leading to their collaboration on »Riss« – (Disruption), featuring Amir Fattal, Nikola Ukic and Astali/Peirce.

A starting point was Köhler and Pfau’s shared interest in Fattal’s series Rising of the Third Reich, in which the artist examines two architects of German culture in the 1920s and 1930s: Erich Mendelsohn and Albert Speer. Fattal transfers the historical decisions made by the two in the wake of the National Socialist movement in Germany, giving the facts a new interpretation and ‘materialisation’ after 80 years.

“I rapidly had a sensation which could be the core of my interest in Amir’s work. Now the question was, which other artists could also hold up this core in another way? I found these essential positions quite fast in the work of Nikola Ukic and Astali/Peirce.”

At the core of Köhler’s curating philosophy lies the simple question ‘why?’. What grabs his attention are artworks that advance backwards from our dominant neoliberal society, while at the same time staying connected in a shifted, disrupted way.

“These works establish a kind of parallel domain, a kind of useless, unknown alternative full of new sense and receptions and a profound kind of resistance. Always hoping that other people feel comfortable while entering, I try to bring these settings of resistance to a space that fits. The crucial blueprint for decisions in that field of artistic production will always be actual existing in general, never just a topic inside the art world.”

A second, very important factor for Köhler is his inner mental collection of works and artists he has seen. These images push to the surface of his consciousness, where they are ‘compacted’ into an exhibition.

“In that way, the place where you stay, where you see most of the exhibitions and even from where you start your browser is very important. In my case it is simply Berlin. That’s why I never proclaimed a ‘European’ or even German tendency in art or society. I try to work in a framework which I really know.”