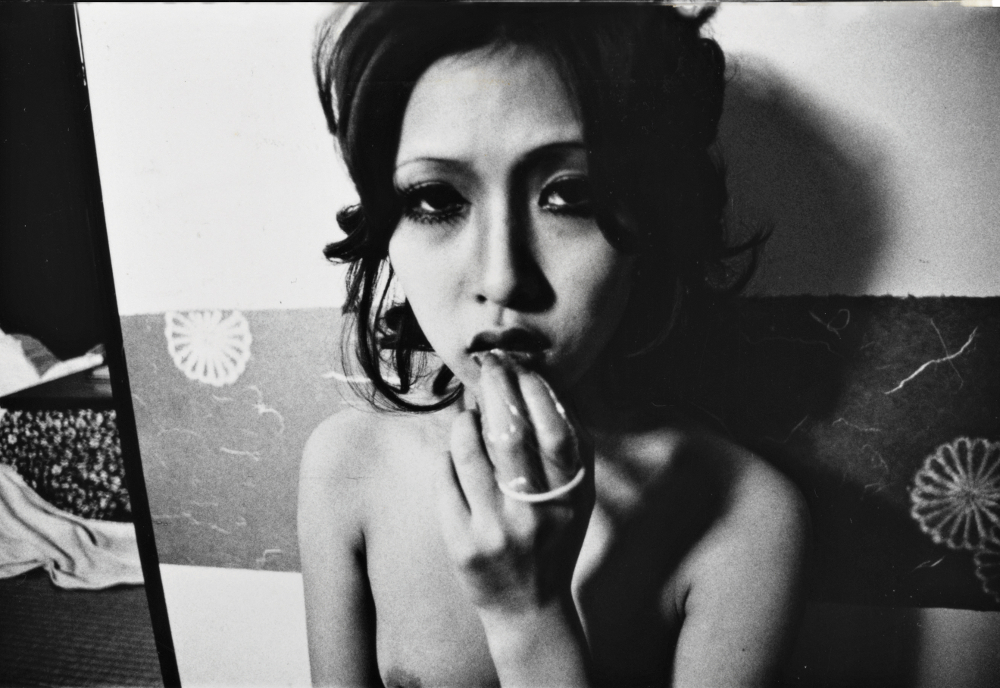 Nobuyoshi Araki gets up close and personal at C/O Berlin.

Japanese photographer Nobuyoshi Araki insists he could not live without his camera: “It’s like breathing, or the beating of my heart.” A pioneer of intimate, subjective photography with a career spanning 40 years, his latest show at C/O Berlin includes the previously unpublished series of his early black-and-white works as well as his recent colourful Polaroid collages.

But the show is not all about social critique, some of it is deeply personal. Sentimental Journey, for example, is a series of photographs from 1971 when Araki was on his honeymoon with his wife, who passed away in 1990. As with all his images and despite the sadness and longing in this homage, there is movement. As the artist himself puts it: “For me, it is a photo of life, not death.”

Araki published over 600 books, which are now high-value artworks in themselves and here displayed behind glass. In his newest series of Polaroids Flower / Doll, Sky / Winds (2018), Araki replaces the human body with dolls, opposite colourful flowers. Presented in large frames as a Gesamtkunstwerk, he shows everyday items such as latex gloves next to tied-up women. Araki’s portraits show a closeness and equal relationship with his subjects, which is why the voyeurism doesn’t unsettle, even when you’re looking at widely-splayed legs or lascivious looks from the poser. Araki considers the camera a slave to photography: “I’m also a slave to women when I try to capture their emotions, their essence.” Ultimately, this exhibition is all about Araki’s love affair with his camera. And it’s a fascinating one to glimpse at.