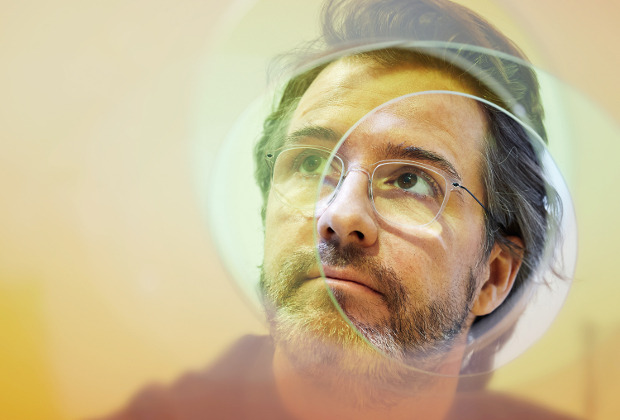 Olafur Eliasson might be the closest thing Berlin has to Willy Wonka: an avuncular genius who rarely speaks to the press and, every so often, emerges from his mysterious Prenzlauer Berg factory with some fantastical creation. For this week’s Festival of Future Nows at Hamburger Bahnhof (Sep 14-17), a dizzying array of works and performances from 100 international artists, the Danish-Icelandic artist consented only to an email interview.

Yet just a couple weeks later, quite unexpectedly, Eliasson invited a handful of journalists into his inner sanctum for a tour and personal meet-and-greet. The occasion was the unveiling of the latest version of Little Sun, a solar-powered lamp he co-developed in 2012. Sales of the lamp in Europe and America, where it costs €22-30, are used to subsidised its distribution in sub-Saharan Africa, where it’s meant to replace the dangerous and unsustainable kerosene lanterns that are used in villages without access to electricity.

Officially registered as an e.V., Little Sun is more humanitarian start-up than artistic practice, although its flagship product is of course beautifully designed. At his press conference at the organisation’s headquarters next to his studio within the former Pfefferberg brewery, Eliasson sounded more like an Elon Musk-type visionary than the “curator of uncertain certainty” he’d come across as in his email to us, proselytising about the amount of CO2 emissions his project would offset (some 100,000 tonnes) and the importance, when it came to developing and marketing the thing, of appealing to emotion over rational thought.

After that came the tour of the studio itself. Spread over two floors, it actually does resemble a start-up HQ, albeit one with an unusual amount of laser-cut geodesic spheres. As one might expect, there is a room filled with every imaginable colour of paint. There are orbs of blown glass that shift from clear to gold as you walk around them, and checklists pinned to the wall that include such items as “2 crates Your intuition”. But there are also quite normal-looking Berliners of all nationalities hard at work on giant Macs, surrounded by architectural plans and vision boards. Like Musk or Zuckerberg, Eliasson’s into experimentation just for the sake of it – there’s one guy whose sole job is to “explore the possibilities” of virtual reality. The upstairs kitchen, besides churning out daily communal vegetarian meals for Eliasson’s 100-ish employees, has spawned a cult cookbook that contains both recipes and ruminations on food as a creative fuel. It’s cooperatively cleaned via a rotating Putzplan, and Eliasson’s borderline-evangelical worker bees manage to make even dishwashing sound like a transformative experience.

You can’t help but fall for this utopian laboratory, even if you’re still not entirely sure what Eliasson means when he calls it a “reality-producing machine”. Over drinks and freshly baked bread with miso butter, we tried to find out more about the connection between his solar lantern and his upcoming festival.

So is Little Sun coming from the same place as the rest of your artistic practice?

Yes and no. The aspiration is the same, but the strategy is obviously different. Little Sun is the largest project I’m working on – it’s the smallest lantern, and the largest project. We’re working with several African countries and several very large organisations, we’re working with policy, we’re very active with climate campaigning. At the same time, it’s very much a part of my artistic practice – I mean, it’s about people, and it’s about the perception of the world. It’s about light. And it has a lot to do with trust, hope, the climate…

How does it feel to be an artist managing a non-profit?

It feels like I’m a young artist again, because it’s just hard work. It’s not complicated, but it’s complex. And I realised there’s a significant difference in success when I push, or when I’m pulled. It pays off to be the one who’s pushing, and the team and I are really pushing a lot. This is a project that’s really living off its vision. We have months where we’re doing amazing, we have months where we’re totally certain we’re going out of business in a second. What I’ve noticed is that if we keep focusing on the narrative, things start to improve.

Your employee Marion, who’s working with sellers on the ground in Africa, was just telling me about how kids and old guys were thanking her for bringing them your product… when you’re working on something capable of this kind of concrete change, does an abstract project like the Festival of Future Nows seem less significant?

It’s actually very related. You know, I did a Festival of Future Nows in Ethiopia as well – we had a large event that was similar. I just had an Ethiopian poetry workshop at UdK, like a poetry slam with a lot of poets and rappers from Africa. And working with Little Sun, there’s a lot of poetry involved as well. There really is. The Festival of Future Nows is about decentralisation and empowerment, energy, trust, happiness, positive vibes and culture being a lot stronger than people think. All of that I could say about Little Sun, too.