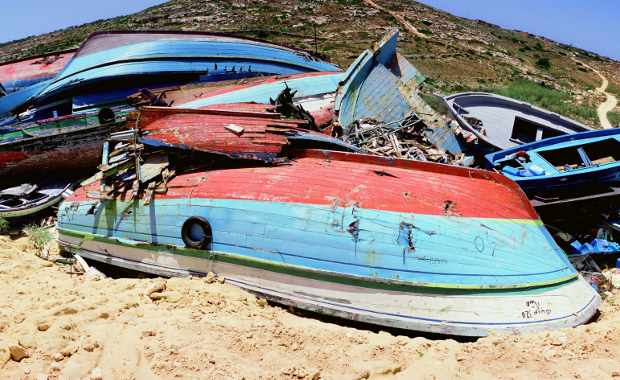 The dreary days of late November are just made for catching up on the art world. And conveniently the Akademie der Künste presents two inspiring and challenging exhibitions to up your cachet, both historical and contemporary, just across Tiergarten from one another.

First up, the Verein der Berliner Künstlerinnen (“Association of Berlin Women Artists”) turns 150 in 2017 and celebrations start early with an exhibition and presentation of the history of the organisation at Camaro Stiftung starting November 25. It was at the AdK that expressionist Paula Modersohn-Becker (soon to be rediscovered in upcoming feature-film Paula) studied, and Käthe Kollwitz, the graphic artist famous for her heartbreaking depictions of working-class poverty and grief in pre-WWI Berlin, taught there before the Nazis came to power in 1933.

For the first section of the exhibition, covering the foundation in 1867 through 1945, the former Life Drawing and Sketching Hall will showcase around 25 artistic movements and over 60 exemplary works, some even condemned as “degenerate art” by the Nazis .

The second half of the exhibition includes visual artist Paula Anke and painter Irmgard Merkens, who will be present at the opening on Friday, November 25, 6pm along with curators Brigit Möckel and Carola Muysers.

Meanwhile across Tiergarten, the Akademie der Künste also offers up Uncertain States, on through January 15, an artistic investigation focussing on the impact of conflicts on artists, individuals and society as a whole . The current refugee movement is put in context with historical experiences of flight and exile under the Nazi regime – presenting objects belonging to likes of Walter Benjamin and Bertolt Brecht alongside 25 contemporary works reflecting crisis, flight, instability, violence and loss. (Full review forthcoming in our December issue!)

Highlights from Uncertain States extensive events programme include Isaac Julien’s audio-visual installation Western Union: Small Boats (photo; 2007), which depicts clandestine voyages across the Mediterranean made to escape poverty, famine and war. Photographs by Richard Mosse are also worth a look, including “Come Out (1966) XXXVI” (2015) from his Infrared series. The series was shot with a Kodak Aerochrome (an infrared surveillance film that renders greens acid-pink and -red), creating an unforgettable, psychedelic image of the war-torn landscape and those surviving in it.

Other major events running alongside Uncertain States include a screening of prize winning A World Not Ours (Nov 17, in English) by Danish-Lebanese director Madhi Fleifel. Fleifel’s docudrama, which will be followed by a talk with the director, depicts life in Lebanon’s largest Palestinian refugee camp, Ain-el Helweh, where he grew up.

Ten years after the civil war broke out in Lebanon in 2006, the feeling of conflict has yet to subside in Beirut-based musician Mazen Kerbaj’s sound installation, Before the war, it was the war. After the war, it is still the war (Nov 22), in which audio from television and radio shows and pop songs are interrupted by bomb-blasts and fighter planes.

Lastly, on Tuesday, November 29, Uncertain States hosts the panel discussion “Art and Empowerment” (in English and Arabic) with Syrian playwrights Mohammad al Attar and Bassam Dawood, who came to Berlin as a refugee in 2013, and Basma El Hosseini, founder of Action for Hope – an organisation that helps refugees in the Middle East use art and culture as strategies of survival and self-determination.

Whether you prefer the historical perspectives of Berlin’s pioneering ladies of art, or a collision of history and present European perspectives, the view from Akademie der Künste is broad enough to cover it all.