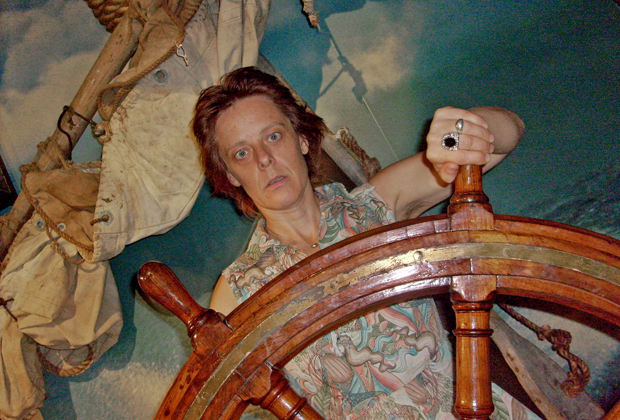 Originally from New Zealand, singing poet and spoken word performer Sandra Sarala has been a part of the Berlin literary scene since 2002. Her newest work, Looking for Lago di Lecco, is an ongoing project, released in several platforms including handmade postcards, single-poem editions, sound and visuals, as well as stage performances – the first of which is coming up on Thursday, May 14 at Club der Polnischen Versager.

The project was inspired by a misunderstanding in a conversation with an Italian friend. During a chat before going to Milan, the friend wrote about the Italian lake Lago di Lecco, which directly translated means the “lake of licks” – a peculiar name for a lake, Sarala thought. What does the “lake of licks” actually mean?

Looking for Lago di Lecco draws upon the political, dealing with the impact of 21st-century living situations and conditions with a specific focus on migration and globalisation, as well as Sarala’s personal life. The concept of “home” is an important aspect – during her writing period, Sarala moved around between Berlin, Italy and New Zealand. Her project is influenced by the different interactions in the different places and by the memories associated with the people she met. Descriptions of nature and landscapes call back to Sarala’s upbringing on the border of Dunedin, New Zealand, while other parts recall her current situation as a freelancer in Germany.

The first Looking for Lago di Lecco books and postcards will be launched on Christi Himmelfahrt, May 14 at Club der Polnischen Versager with a reading by Sarala and musical guest Wasp Summer. Get books and postcards at the launch or by contacting the poet directly through her performance page on Facebook.