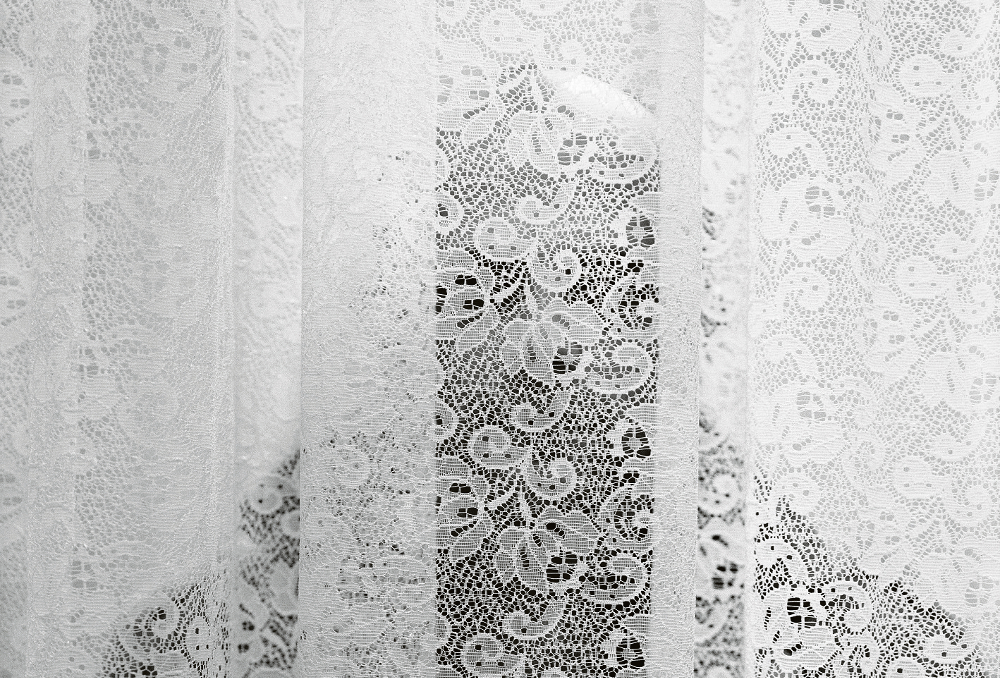 U-Bahn passengers, Ludwigsburg teenagers, Berlin’s Arab and Turkish men’s cafes, and even Frankfurt bankers with their suit jackets haphazardly arranged around their heads… Loredana Nemes has been investigating identity and personality through sharp portrait series that range from street photography to whimsical portraiture to abstraction for over 15 years now. Born in the Transylvanian town of Sibiu in 1972, Nemes escaped communist Romania with her parents at the age of 14, and initially studied German literature and Maths in Aachen before moving to Berlin in 2001 to become a photographer. Her photographs have been exhibited in galleries and museums across Europe and are held in numerous public and private Berlin collections. Today, the Berlinische Galerie is paying Nemes a unique tribute showcasing six series of her photos, both portraits and abstract works, in Greed Fear Love until October 15.

What ties together the photographs you are showing at Berlinische Galerie?

They all deal with aspects of humanity. For example Blossom Time deals with adolescence, the time when young people try to find their own way. I did a series of group portraits of young people I met on the street in Ludwigsburg. In the photographs, even if they look like they are studio images, they were all shot immediately on the streets, in front of walls. At the same time I was photographing trees, it was March and April when everything was blossoming and starting life with intensity. I think there is a parallel in the beauty of young people and the way they enter life and these blossoms.

What drew you to photographing teenagers for Blossom Time?

I had just had my own daughter and I remembered my own childhood and I thought, oh my God, I do not have good memories of my teenage years. I worried that if my child became as ugly to me as I had been to my mother, it would kill me. I wanted to have a look at teenagers, just a simple look to realize that I find them great. Very often my projects come from my own need to understand, to analyse something, to kill the fear.

What about your series of photos of the facades of Berlin’s Turkish and Arab men’s cafes and portraits of their patrons through the cafes’ distorted glass?

Yes, it’s called Beyond and I shot it in Kreuzberg, Neukölln and Wedding between 2008 and 2010. It shows cafés where only men meet to drink tea and watch football. The clubs all have windows veiled with milky glass or net curtains.

Did you ever go inside the cafés?

Not before photographing the exteriors. Very often I was invited inside after and I drank tea with the men – they were very warm and hospitable. I used a really slow, old camera, one where you go under a cloth to take the picture. In a way I was dealing with veiled men and I was also veiled, I was going under the cloth of the camera and hiding myself too.

What did you learn that you didn’t know before?

That these places are sitting rooms. The women have their sitting rooms at home and these are external sitting rooms for the men. At the same time it’s a room of loneliness, because I realised it doesn’t help integration at all. They said it themselves, we are sitting here, we do not mix with society, we are drinking a tea and don’t know how to face the day in another way. I was also surprised by how calm the cafés were and how great the age-range: they are all together, from 12 to 70-year-olds. I don’t think you have this familiarity in German culture.

Do you think the cafés and clubs use these curtains and privacy glass because they are not in their homelands?

Yes, in Istanbul for example such places are not veiled in the same way, they are open. I think in Germany it probably comes from a perceived need for protection.

One of the abstract series you will be showing is called Greed, can you tell us a bit about it?

I remember observing my daughter when she was two and sitting at the table, how she would take both hands to put as much spaghetti in her mouth as she could. I was deeply touched and attracted by this because as a child I didn’t really eat. I’d been breastfeeding and it was so incredibly beautiful to see that your own body can feed this hungry little mouth. So this positive aspect of greed, the animal instinct, the life giving aspect of greed was the starting point for the series. It was the winter of 2013/14 and I saw a homeless person at Jannowitzbrücke feeding seagulls. They were throwing bread into the water and these hungry birds got together and turned into one body to feed, a new beauty. These aspects of beauty in greed are what I was interested in showing – and the darkness behind it, this dark water.