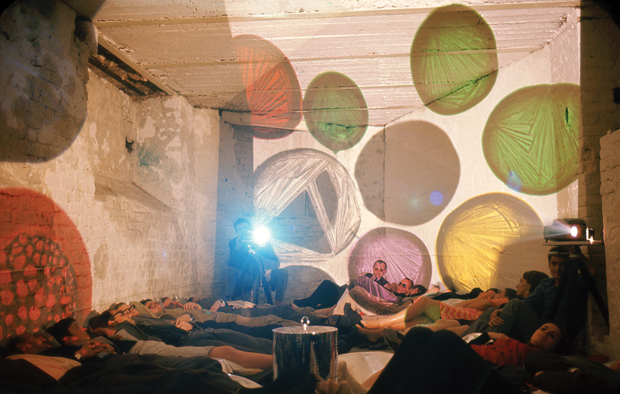 By the late 1960s he was already sought after by Sotheby’s and his work became even larger, expanding heavenward as he coined the term “sky art”. Five years later Piene was commissioned for a work to close the Olympics in Munich.

There aren’t many facets of art and creativity he hasn’t explored, and time and time again, with each new medium, he reinvents himself, proving to everyone that he indeed does it best. On display is a recreation of the massive projection installation Proliferation of the Sun, which includes hand-painted slides and was first developed in New York in the late 1960s. Don’t miss the sky art event on July 19, during which various “air sculptures” will float above the roof of the National Gallery.

The exhibition is a collaborative effort between the National Gallery and the (relatively) new Deutsche Bank Kunsthalle.