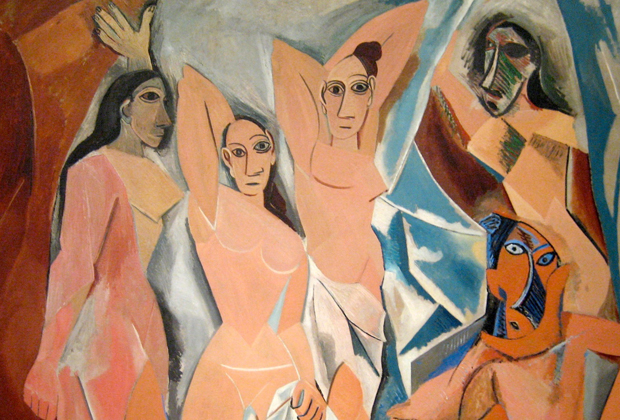 In light of experimental media and the post-post-modern contemporary hoopla syndrome, sometimes it’s refreshing to gain perspective by taking a step backwards and examining one of the masters. Berlin currently finds itself with two simultaneous Pablo Picasso exhibitions, each celebrating different, pivotal works by the legendary Spanish painter. Consider this the perfect opportunity to celebrate his recent 132nd birthday.

The recently reopened Museum Berggruen kicks it off with over 120 Picasso pieces belonging to their impressive, recently expanded modern art collection. Mostly paintings, the collection is studded with harlequin characters from Picasso’s early, sprightly turn of the century Rose Period as well as numerous late portraits of one of Picasso’s many lovers, Dora Mar. Also on display is the well-known rose character study, Les Demoiselles d’Avignon. The collection is comprehensive, seemingly unending and potent enough to wet any Picassophile’s appetite.

Kupferstichkabinett is presenting its own selection of Picasso at Kulturforum, reminding us that the artist was also a gifted printmaker, sculptor and draughtsman. it is an excellent opportunity to see prints, sketches, and objects as well as paintings. With 180 works, it is one of the world’s largest and oldest Picasso collections to be displayed at a museum. The collection includes a fair amount of Picasso’s bull paintings, delving deeper into his portrayal of his own relationship to women, and men and women’s invariable power struggles. It is not just an exhibition, but also an exploration into the psyche and development of the notorious lover and creative force. Divided into 10 thematic sections, the exhibition embraces all of the artist’s many progressive phases.

It’s about time a united Berlin hosts Picasso – in 1953 the West German government intended to produce the country’s first Picasso exhibition, which was later cancelled due to Cold War tensions and debate over imagery that was too similar to Communist propaganda. Four years later, East Germany hosted the exhibition at the National Gallery. Now Picasso is back and as treasured as ever.