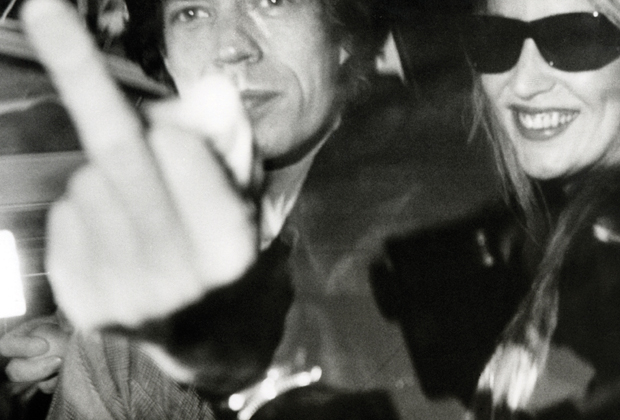 Approximately 140 black-and-white photographs by Ron Galella capture the core essence of paparazzi imagery – unedited and spontaneous. Divided into categories such as ‘Artists’ and ‘Nobles’, the exhibition is a historical gem – a glimpse into the unstaged lives of our idols.

Galella’s voyeuristic ventures are stolen moments and glimpses behind their smiles. He manages to bring authenticity to a lifestyle that is, almost as a rule, depicted as falsely perfect. Shameless and belligerent in his goals to take the icons off their pedestals, Galella has encountered law suits from celebrities including Jackie O.

In exchange, there are snapshots of the famous icon in a vulnerable state – fragile, beautiful and darting, desperate to escape and maintain her image. However, Galella has not only made enemies, he has been loved for his work by many, including Andy Warhol and Elizabeth Taylor.

The familiar faces that have become prototypes and products – Mick Jagger, Salvador Dali, Liza Minnelli – stare back at Galella’s lens, and out of them emerges a stark truth; an identity that the media applies to celebrities in order to alienate them from the rest of us.

Galella exposes this process that packages stars and and sells fame to the public. Without the glamour, the lights, the magazine covers, the gossip, who are they really and what lies between them and the camera?