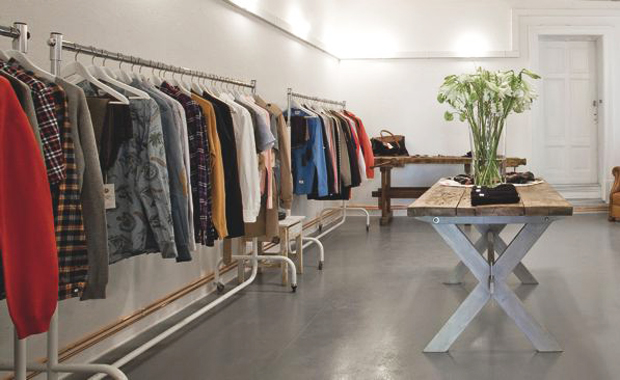 With the number of diverse women’s wear boutiques springing up in Mitte, it’s about time the boys got a look-in. Soto was founded in April this year, when Philip Gaedicke and two colleagues from his Berlin brand consultancy were offered a Torstraße space and chose a name that mimics the way the city is developing into another London or New York. “Torstraße will be the biggest fashion street in Berlin in a couple of years,” says Philip, and his prediction seems credible.

From the word go, the store hit all the right notes, bringing together men’s wear from a worldly mix of fashion brands – from Militant Pacifist, to Japanese label Bedwin & The Heartbreakers and Danish preppy-cool mainstay Soulland. The guys have an eye for more traditional male street style: trips to Paris, Milan and Japan inspired the current collection of designers. Grenson and Givenchy shoes are on the list of labels that will be added in the spring – try to contain your jealousy, girls.

From now on, Berlin boys have no excuse not to sharpen up their act. Soto’s current clothing highlights are a beautiful beige Opening Ceremony trench coat, plaid Libertine shirts and a selection of dapper Edsor Kronen silk ties. The shop also stocks Baxter of California ablutions-sets to (hopefully) turn scruffiness into a thing of the past. Soto’s third room is now open, and currently hosts an art exhibition by Alastair Philip Wiper entitled “Lonely Fruit”, which will run for approximately three more weeks. More is coming in the future, so watch this place.