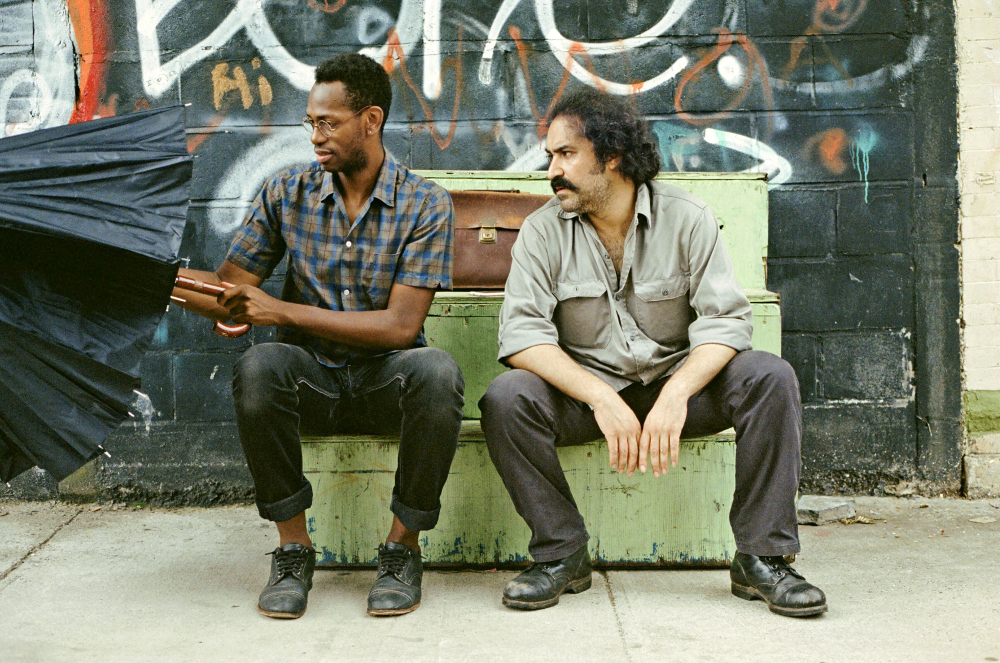 This month is your last chance to see Thinking in Extremes, the extensive exhibition at AdK that catalogues the relationship between philosopher Walter Benjamin and playwright Bertolt Brecht using manuscripts, photos and objects curated from their archives. Just as interesting as the historical documentation is the selection of contemporary works presented alongside it, in which artists give insight to these influential figures from present-day perspectives. While the main exhibition largely consists of texts and audio in Brecht and Benjamin’s native German, English-speaking viewers can gain access via a gem of a film by Scottish-American artist Zoe Beloff. Exile begins with Benjamin (played by Eric Berryman, a tall, thin African American) and Brecht (played by short, stout Iranian actor Afshin Hashemi) who introduce themselves on a boat arriving at Staten Island in New York City. With their own manuscripts in tote, Benjamin and Brecht transverse the city, visiting NYPD chokehold victim Eric Garner’s memorial and performing one of Brecht’s plays with tweeting bystanders under a bridge. They discuss their immigrant experiences while moving fluidly between self-quotes and current events, connecting the fascism of the 1930s with its manifestations in the Trump era today.

Benjamin and Brecht. Thinking in Extremes, Through Jan 28