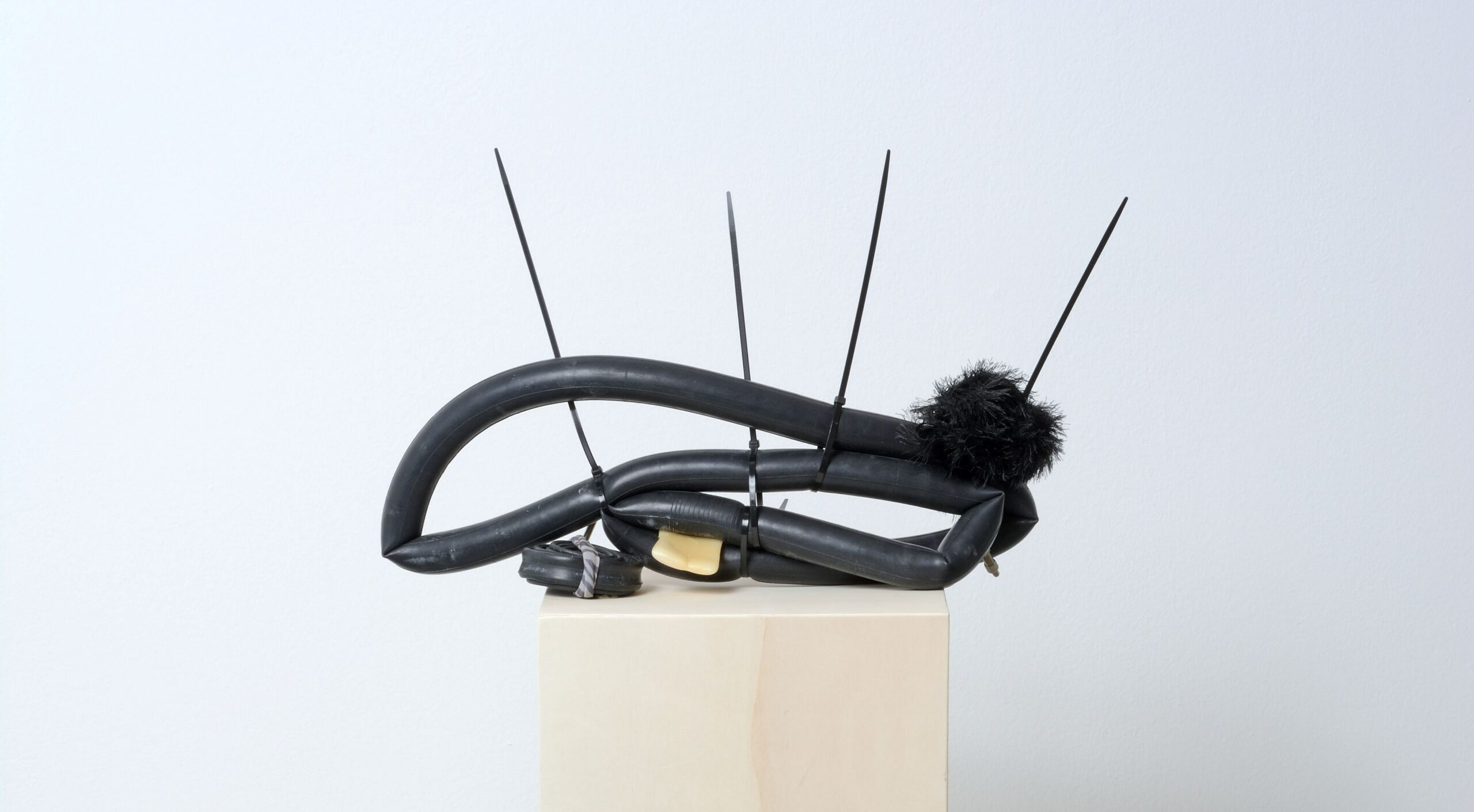 What sets apart “lesbian visions” from the dominant male artistic gaze? When it comes to the depiction of the female body, not much. Or that’s the impression you get looking at some of the sensual sketches and sculptures on display as part of Schwules Museum’s first exhibition surveying queer female art. The same goes for abstract and monochrome pieces, expressionist city scenes or decidedly postmodern sculptures. Other works are clearly addressing relevant themes: a tribute to her feminist artistic lineage by Kate Millett, explicit oils of lesbian oral sex by Kerstin Drechsel, Erika Stürmer-Alex’ three cheeky huge wall-mounted tongues or Corinna Harl’s photographic celebration of butch identity among others. The range of styles and motifs is huge for an exhibition of just over 30 artists, but they do have more in common than their biographic ties to Berlin (all of them live or have lived in the city). Pretty much all of the pieces on show come directly out of the artists’ private workshops, which draws attention to the fact that they struggle to sell their work and make it big. Curator Birgit Bosold hence describes the compilation as a counterpoint to “hegemonic masculinity” in the art world. With the oldest piece shown (a Daphne bronze by Renée Sintenis) dating back to 1917, Schwules Museum claims to display a hundred years of lesbian art, but the glut of the show is actually 21st century. So not exactly what it says on the box, but a great chance to see an entertainingly diverse range of contemporary Berlin artists you might not be aware of, alongside bigger names like Weimar artist Hannah Höch and the late American feminist artist Kate Millett. Once you’ve taken in the visions, make sure to stay for a drink at the museum café turned lesbian bar and order a “muff diver” (Weißweinschorle) or some “terf tears” (gin and tonic) to celebrate the Berlin institution’s “Year of the Woman”.