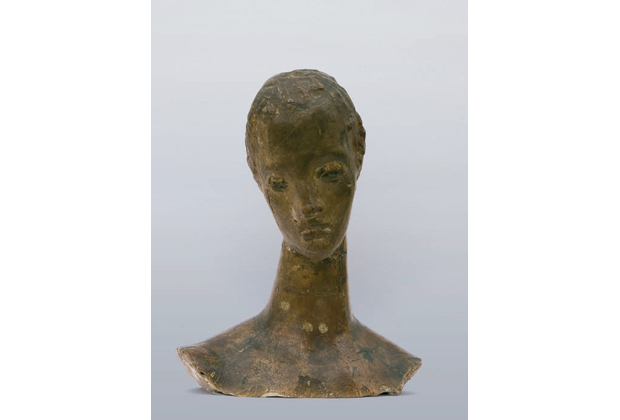 What’s often overlooked in terms of German art legend Aurel Scheibler is his innate ability to put the past in a modern perspective. Slowly, his gallery programme is becoming more and more robust with past stars such as Phillip Guston and Norbert Kricke, and with latest show Between Dix And Mueller, the legend shines on.

Scheibler decided to invite Galerie Nierendorf, which occupied his gallery’s current-day space on Schöneberger Ufer from 1933-1938, back into its old home, rehanging works which had most likely hung on those same walls 80 years ago. Back in the day, Galerie Nierendorf’s exceptionally modern style of presenting artwork and representing artists arguably initiated the ‘art gallery’ concept we know today. It was opened by the Nierendorf brothers in 1920 in Cologne. After a short stint in Düsseldorf, they moved to Scheibler’s space in Berlin in 1933; In 1936, Karl Nierendorf opened a second space for the gallery in New York City. They’ve held their current space in Berlin on Hardenberg Straße at Bahnhof Zoo since 1963. Paul Klee held an exclusive contract with them during most of his career, and countless other early German superstars – as the show’s title suggests, everyone from Otto Dix to Otto Mueller – also revolved around the nucleus of “Nierendorf”.

Walking into the space, it feels like you’re being teleported back to that time, but by no means in a trite way. Old ghosts are awakened through the works being shown again in this modern gallery context, perhaps through Scheibler’s keen aesthetic intuition and his quietly intense passion about these works that beams out through the gallery. The old works leave you with a new perspective on time and hype – reflecting on what’s big today and where it will end up tomorrow.