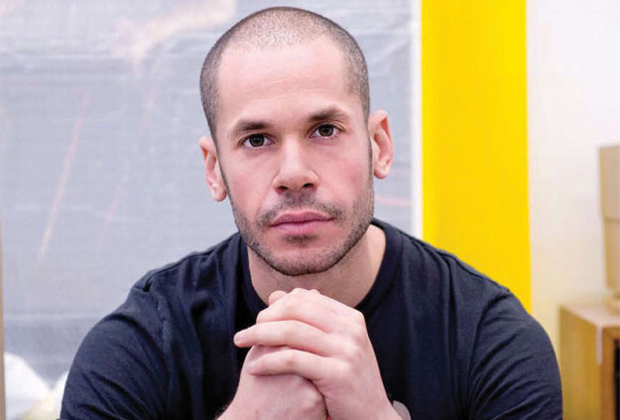 Israeli-born visual artist Amir Fattal brought art to Tape Club four years ago. In January he brought it to Funkhaus.

In the early 1950s, Franz Ehrlich built the 50,000sqm Bauhaus-style architectural masterpiece that housed GDR state radio. But when the Wall came down, the buildings in deepest Treptow were left for squatters and various tenants, until Keshet Geschäftsführungs won the entire lot in an auction five years ago.

Now the rooms are being brought back to life. Three floors have been turned into ateliers that can be rented for €7/sqm, and 45 artists have moved in since the beginning of the year.

On June 30, Funkhaus awarded a €4000 prize for sculpture, kickstarting its first exhibition, which features the 11 award nominees. We talked with Fattal about his vision for Berlin’s art scene.

You lived in New York before coming to Berlin. How different are the two art scenes?

Here people are very curious and interested in being involved in things. And I think the possibilities here are much bigger, just because it’s cheaper, there are spaces, and there’s a huge amount of artists in Berlin right now.

The problem with New York is, I found it hard to concentrate there; there’s so much stuff going on. But Berlin is a good mixture between excitement and creative boredom. The only thing I would change is the weather.

How will Funkhaus fit into the Berlin art scene?

First of all, Funkhaus is not an exhibition space. People can’t go there normally. It’s gated, a place where people work, but we will have exhibitions twice a year. We want to establish a relationship between the building and the artists. The artists will know that not only do they have a studio, there’s something they can work toward.

They should get something out of it too. If they’re tenants there, they’re part of the building.

Plus, it’s a great opportunity for people to not only see works from very interesting artists, but also to see the building and enjoy a nice afternoon on the bank of the river.

What’s special about the place?

I love it! My own work deals a lot with history and style, and in this case, it’s a perfect fit. I really enjoy these kinds of old spaces that have very unique touches that testify a moment in time and history. I think, especially when it comes to the GDR, there are not so many places like that.

As someone who lives here, I think it’s important to connect to the city, just as I’m connected to my past living in New York, my past in Israel, my Jewish heritage and so many other things.

Why is Berlin so interesting in terms of art?

It feels relevant in the way that when you show something here, a lot of people will come and see it. At the first Tape Modern exhibition I did four years ago, 900 people came to the opening. People are excited about new things here. But the art scene is a little bit tame at the moment.

I think right now Berlin could be a little wilder. I think that Berlin offers this kind of freedom, a freedom to go out and do whatever you want. It’s not so money-oriented, it’s not the kind of city you need to address in a certain way or wear certain things; it’s actually the complete anti- of that.

People care about social issues here, and they’re involved, it’s important in the social structure. There’s always a discussion, you can see it in everything that is happening now with the atom thing, how the artist community reacts to that. There’s always a lot of critique – sometimes it’s a little bit annoying, but there is a kind of constructive process through this, and I think that’s a good thing.