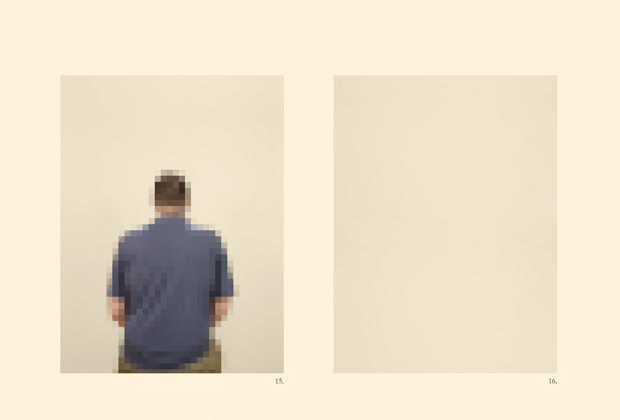 Upon entering the Neue Nationalgalerie, the visitor is greeted by rows of what look like heavy black display cases jutting back from the entrance. They look imposing and official, yet also reassuringly familiar, inviting the visitor to share in the knowledge they hold.

In this instance, that knowledge has been amassed and documented by renowned New York photographer Taryn Simon, who spent the last four years tracing bloodlines across the globe, often spanning out from a single individual.

The exhibition resulting from this act of meticulous investigation and documentation weaves delicate narratives through the representation of people, such as Palestinian freedom fighter Leila Khaled and London filmmaker Bader Helal, far removed culturally and geographically, but linked by blood.

In one cabinet, striking portraits of related albino and non-albino Tanzanians are arranged next to a text outlining the superstition and prejudice they face in their native country.

In another, Simon traces the bloodline of Hans Frank, the governor of occupied Poland and an advisor to Hitler. Some Frank family members are denoted by a blank photograph, others are represented only by their clothes or in pixilated form to protect his or her identity, such is the power of familial association. These absences, which might have been seen as a failure, are in fact one of the exhibition’s most poignant elements.

Although the 18 cabinets each contain a different bloodline, they all share Simon’s stark aesthetic and keen photographic eye: she places subjects against a flat beige background, and faces which might appear ‘every day’ were you to pass them on the street are rendered uncanny and full of hidden meaning.

She transcends the role of documentary photographer and yet stays true to its ethics of representation. All her subjects stare back at her, and therefore us, demanding and simultaneously denying the imposition of story, biography and narrative.

In fact, we cannot know these people: they are united only in blood and their selection by the photographer. Yet by collating these faces, texts and anecdotes, Simon brings disparate historical moments into one space. The perfect portrait of the personal as political, this act of collation allows her to gesture toward the broad strokes of history through family bonds and stories handed down through generations.

A Living Man Declared Dead and Other Chapters, through January 1 | Neue Nationalgalerie