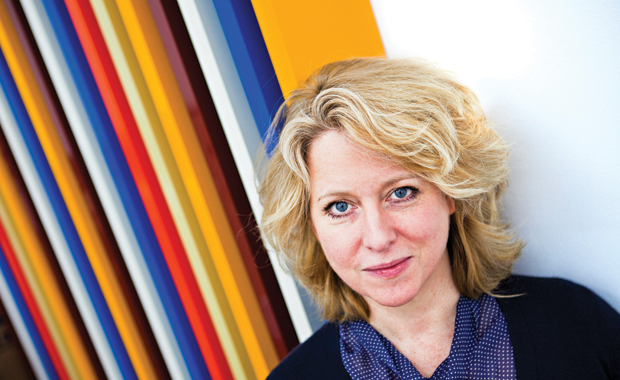 As the Gallery Weekend she helped found enters its seventh year, Esther Schipper leaves Mitte for the ‘no man’s land’ of Schöneberger Ufer. One of the young internationals who arrived in Berlin soon after the fall of the Wall, Schipper opened her first gallery on Auguststraße, taking on artists such as Angela Bulloch, Carsten Höller and Liam Gillick, who later went on to claim international renown. Since then, Auguststraße has become home to the Biennale, and Mitte is now a global hub for contemporary art. Is it the end of an era or a new beginning? For Schipper, it’s all history.

Can you tell me how you became a gallerist?

I worked for a gallerist in Cologne. Then, after curatorial school in Grenoble [France], I went back and set up a gallery there.

Why did you move to Berlin?

Cologne was interesting in the 1980s. But it was all very ‘official’. After the crisis in the early 1990s, the whole system closed down. Rent conditions were difficult. And I was working with young, international, progressive artists, dealing with concerns that were just incomprehensible to an older generation in Cologne. In Berlin people from all over the whole world were fleeing saturated Western metropolises. It was just too hard to make things happen in Paris, London or New York. But with the ‘Young British Artists’, who were very commercial, it became possible to participate in those other markets.

What was Auguststraße like when you first moved there?

It was already a gallery street. Very ‘East’. There was an exciting atmosphere. It was dirty. Plants were growing out of the sidewalk. No single building was refurbished, and the only cafe was a man serving coffee out of his kitchen, furnished with stools he found on the street.

Is the new Mitte driving out artists and galleries? Is that why you’re leaving?

Partially, but not totally. We’ve been almost 15 years in Mitte. It’s important to have different environments. Not every part of Berlin has the same historical references. You can’t live in Germany, or Berlin, with complete amnesia… Stalinallee – Karl-Marx-Allee – is an international place now, but it’s hard to imagine confronting myself daily with what that used to represent. But also, traditionally, Schöneberg was always the art district of Berlin – in the 1910s, 1920s and 1930s. That was an important factor for me.

So you want to play a role in restoring that history?

At the moment, Schöneberg is kind of a no man’s land. It was always a culturally lively area. A lot happened here before 1933. Then, with the separation of Germany after the war, it came to a dead end. Now things are changing. We’re a seven-minute walk from Potsdamer Platz. The Neue Nationalgalerie is nearby.

Tell me how the Gallery Weekend started.

In the 1990s there was all this Berlin hype. Then, after 9/11, things started to slow. Neither the federal government nor the city was active in making it a contemporary art metropolis. So galleries started joining forces to make it consumer-friendly – sharing opening times, season schedules – generally coordinating ourselves. The first year was just friends of friends and close followers. Artists had a joint party and people visited. Then it became a yearly event. Because most Berlin galleries are primary galleries – it’s an artist-based, rather than a client-based city – traveling to art fairs is certainly necessary, but not always satisfactory. Gallery Weekend is a way of bringing the international audience in.

But you were also on the selection committee of the biggest art fair of all, Art Basel. What does that entail?

It’s a real job – about 25 days of work a year. There are three times as many applications as there is space. One of the most fascinating aspects is discovering what is happening where, what countries are most active. When I joined in 2001, there were hardly any Asian galleries. Now there are 20-30 applications a year. South America is becoming very important. There’s a whole shift.

Are these emerging art scenes a threat to Berlin?

The Berlin gallery scene is like the German car industry – it lives on export. But there’s much more competition on an international level. Internationally, there are a lot of people who wouldn’t mind a bit less Berlin around…

Is there also an inside threat to Berlin as a city of art production? A lot of artists are complaining that it’s not affordable anymore…

When I moved here, we paid 500 a month – Deutschmarks! – for 170 sq. metres in Mitte with one of those GDR gas heaters with a chimney outside, so you were heating half the street. I hear of artists moving to places like this in Neukölln still. There is a lot of history in the people in these areas of Berlin. And you’ve got to remember: to them, it’s we [artists and gallerists] who are the army of invaders, colonialists, taking over their city.