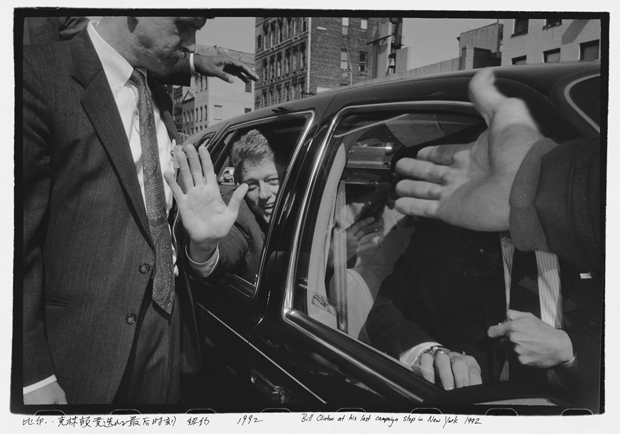 Ai Weiwei has been a key player on the contemporary art scene since the 1990s, but how many people really knew who Weiwei was before his incarceration and subsequent release by the Chinese authorities in April of this year? The widespread outrage sparked by his detention catapulted the artist to the rank of a global cause célèbre.

In Berlin, an exhibition of his work at Neugerriemschneider prompted a guerrilla-esque “Where is Ai Weiwei” campaign; buttons were proudly worn on hipsters’ jackets; a PR agency built a make-believe jail cell on a Mitte square on which each day of detention was ticked off with chalk. Yet the vast majority of dinner table dilettantes was still unable to answer the question: who is Ai Weiwei?

This exhibition in Martin-Gropius-Bau goes some way toward penetrating the myth of the man who helped design Beijing’s National Stadium and publicly criticised China’s ruling Communist party in the same breath.

Curated by the artist, over 220 photographs detail his time in New York circa 1983-1993, when he counted artists like Allen Ginsberg and Liu Xiaodong among his friends. The black-and-white shots manage to preserve the velocity of subjects as incendiary as the Tompkins Square Park riots, the AIDS crisis and Bill Clinton’s campaign.

While autobiographical, the works can be seen in connection to Ai’s installations and activism. In a contemporary gallery setting, the photos’ political and social context is thrown into high relief.

In “Hardware store on Broadway”, two ‘hicks’ stand open-mouthed in a gun shop, a disturbingly simple portrait of ignorance and power, while in a nearby photo, a homeless man stands with the sign “I Have AIDS Please Help” – a picture of futility and devastation.

Though not awe inspiring, the exhibition pieces together the political, social and artistic influences of Ai during a crucial part of his life. A look through the lens of the young artist helps us understand how he arrived at the thought-provoking practice the Chinese authorities were determined to keep under lock and key.