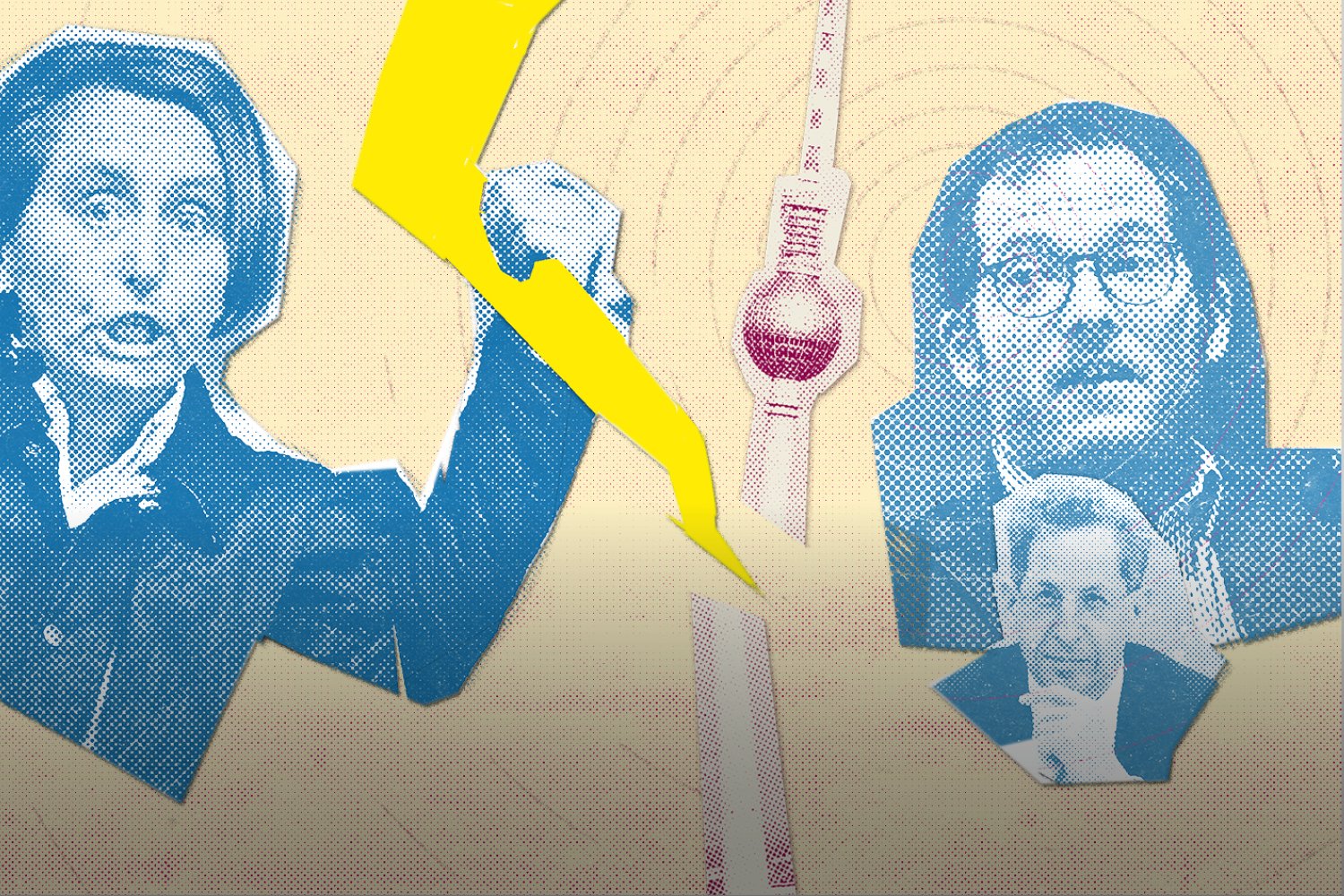 To mark the end of the year, tip Berlin has revealed their list of 100 most embarrassing Berliners. So, who spent 2021 making a fool of themselves? For the full list, you’ll need to find a copy of tip, but here is a selection of the lowlights of the year:

Back in April, Italian fashion label Bottega Veneta hosted a “salon” at Berghain followed by an afterparty at Soho House, during which celebrities like Skepta, Slowthai and Virgil Abloh (RIP) were filmed breaking covid regulations. Inevitably, these videos eventually appeared on Instagram, leading to quite a lot of anger directed towards the member’s club.

All in all, it wasn’t a great year for the German property company Deutsche Wohnen. In September 2021, Berlin voted to expropriate their enormous property holdings. Their response was to launch an embarrassing publicity campaign under the slogan “Hier wohnt Leben” or “This is where life lives”. Expect to see more desperate attempts to give capitalism a human face as the pressure mounts next year.

No 68: IT security for rapid corona-tests

At some point in the last year, we’ve all had our doubts about exactly how effective those “schnelltests” really are – but earlier this year there was reason to be skeptical. Apparently, the data of numerous test centres in Berlin was so exposed that the anonymous IT collective Zerforschung was shocked enough to send the results of their investigation to various German newspapers. They could even create false negative tests with a name of their choosing. What name they go for? “Robert Koch”.

As you might imagine, there were lots of politicians who appeared on the list of 100 most embarrassing Berliners, but this one truly earned his spot. Thomas Heilmann, Bundestag CDU member from leafy Zehlendorf, proved capable of remarkable corruption and moral ugliness this year when it was revealed that during his tenure as Justice Minister he’d bought a house in order to cash in on government contracts by renting it out as housing for refugees.

2021 might have led us to feel more forgiving towards some more esoteric aspects of modern life. Who in this year of home office hasn’t considered the yoga mat? And so it takes a real grifter to earn a spot so high up on the list. And, in Laura-Malina Seiler, we’ve got one. With her “Higher Self” app and magazine called “I am”, she claims to head a whole “Healing movement”. Embodying something like the spiritual core of the FDP, you can expect to find her next year blessing the sun at Elon Musk’s Giga-Factory outside Berlin.

No 10: Kağan Sümer, CEO of Gorillas

This year has represented something of a faustian pact for Kağan Sümer, the Gorillas boss. He raised over €1 Billion in funding for the company, but everybody hates him, in particular for the treatment of his workers. When the delivery drivers went on strike and attempted to organise a Betriebsrat, they were fired and dodgy legal maneuvers were attempted to block them. After the election in September, Sümer announced he would introduce a €12 minimum wage – something that was going to happen anyway due to the incoming government. Thanks a lot.

Back in April when Germany’s top court overturned the rent cap, most Berliners were disappointed by the return to ever-increasing housing costs. Usher Blaczko, head of the Blaczko property management company, clearly felt differently. His company sent messages to their tenants demanding immediate repayment of the arrears, encouraged them to move out soon, and ended his message with “FY”. In response, the tenants have tried to organise, uniting to fight against harassment and bad rental practice. FY2.

The Humboldt Forum finally opened its doors this year, and as it did so, earned three separate spots on the list of 100 most embarrassing Berliners. At 35 and 14, we have Lars-Christian Koch and Hermann Parzinger, the museums director and president of the Prussian Cultural Heritage Foundation, who together decided to fill the palace with stolen colonial goods. And then at 7, we have the Humboldt Forum Foundation itself, whose list of donors included AfD members, a terrorism suspect and a general cast of good-for-nothings. Who would have thought a memorial to Germany’s imperial past could turn so ugly?

Hans-Georg Maaßen has been embarrassing himself for a while now, so his inclusion here shouldn’t be too much of a surprise. Once head of Germany’s intelligence agencies, this Dr Strangelove lookalike was forced to stand down after he attempted to dismiss the 2018 attacks on migrants on Chemnitz as a leftwing conspiracy. This year, he was selected as a CDU candidate for the Bundestag, and he immediately went back to his old tricks, complaining of a leftwing conspiracy in Germany’s media and naming the Greens as the most dangerous party in the parliament.

At number 2 on the list of 100 most embarrassing Berliners is Julian Reichelt the ex-boss of tabloid newspaper Bild, who was forced to resign this year following reports of sexual misconduct. This made one of Germany’s most prominent #metoo cases, the former editor was revealed to have hired women based on their “fuckability”. Another embarrassing element to these sordid revelations is that the story wasn’t broken in Germany, but by reporters based in the US. German reporters had been prevented from publishing the story.

How did former TV darling Volker Bruch turn into a poster boy for Covid conspiracy theories? The once-loved actor seems to have taken his role in Babylon Berlin a little too seriously. The German hit series covers the beginnings of the Nazi regime in Berlin in the 1920s and 30s, and Bruch plays the main character, inspector Gereon Rath. With Instagram posts thanking Querdenker demonstrations in Vienna for their service (which were, by the way, littered with neo-nazis) and a myriad of anti-mandatory-vaccination hashtags, Bruch seems to be associating not just with the Nazis in his TV show, but with the real thing.

Bruch has since deleted the controversial posts, but the damage has been done.