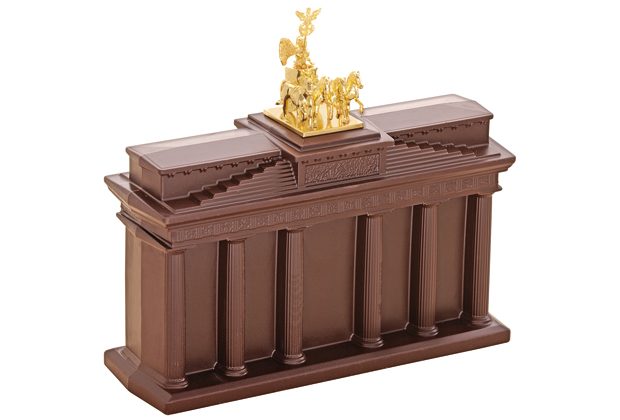 Show some hometown pride this Christmas and give your loved ones something that just screams Berlin, from Aldi action figures to club stench in a bauble. Edible landmarks You might have taken holiday visitors to the Gendarmenmarkt and passed by Fassbender & Rausch, the largest Schokoladenhaus in the world, its windows filled with iconic Berlin landmarks glistening in chocolate glory. While the Reichstag and the white chocolate-graffitied slice of Berlin Wall aren’t for sale, you’ll find that a transportable, edible, and 60 percent-cacao dark Chocolate Brandenburg Gate, weighing in at 1.8kg and complete with an 18-karat gold-plated Quadriga statue on top, can be yours for €120. SM 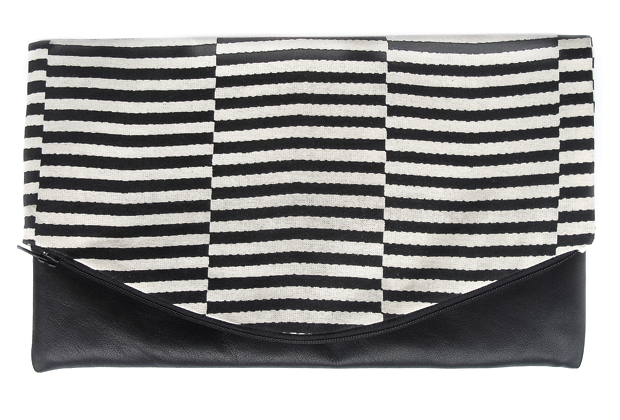 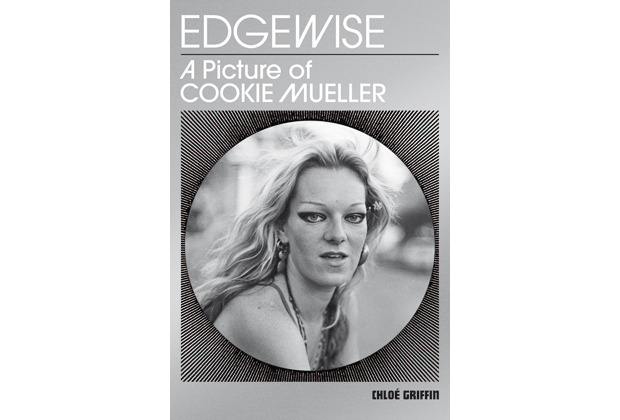 One crazy Cookie Having trouble with that one hard-partying friend who always manages to trump your outlandish clubbing stories? Pop Edgewise: A Picture of Cookie Mueller (€22, b_books) into their stocking this year and shut them up once and for all with this collection of sleazy, Studio 54-era NYC anecdotes that makes even the most committed Berlin techno fiend look about as edgy as Taylor Swift. Tales of drug-fuelled excess are only to be expected from any profile of Mueller, the famed writer and actress who starred in John Waters’ notorious film Pink Flamingos. Berlin-based author Chloé Griffin eschews the conventional biography format in favour of a scrapbook-style compendium, providing a rare glimpse into Mueller’s life with yearbook entries, original scribbled story drafts, rare Cookie snapshots and details of her brush with the law during her journey to Berlin in 1981. BH 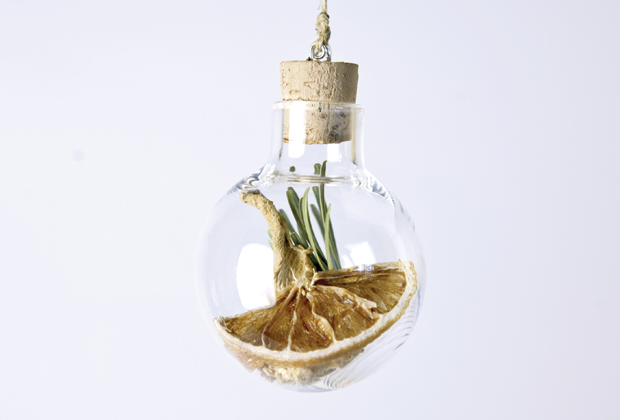 Sniff, memory Who knows what one-time Berliner Vladimir Nabokov (Speak, Memory) would have made of this gift. Yinkana (aka Spanish expat Malu Lopez), reconstructs your fondest Berlin recollections in olfactory form and preserves them in glass bulb necklaces (€19-34, available online or at Reichenberger Str. 116, Kreuzberg). “Berliner Winter”, with pieces of ginger, pine needles and lemon evoking frigid nights warmed by cups of ginger tea, makes a thoughtful gift for nostalgic friends, while lovers might appreciate a customised version (€49) – Lopez even hiked out to the forest on behalf of a male customer who wanted to give his wife the scent of their first meeting. Then again, if you two met in a more typical Berlin setting, consider the questionable “Berliner Club”, with scraps of confetti, glitter and cigarette butts collected off the floor of the Kit Kat Club. Even when the scent wears off in 3-12 months, they’ll still be left with a pretty necklace to keep those lost memories alive. MB 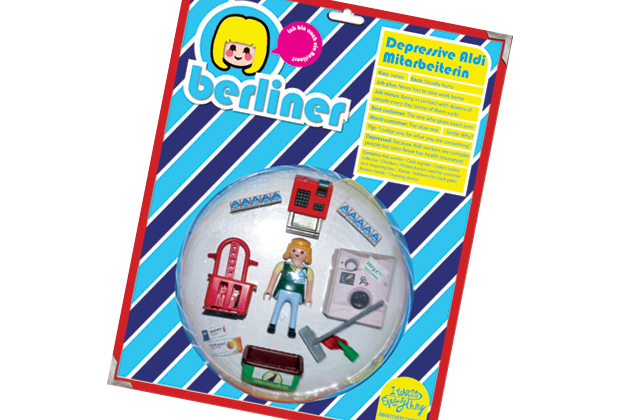 Portrait in Playmobil Give the narcissists in your life what they’ve always wanted – themselves, in a plastic bubble. Provide Israeli-born Dorit Bialer with €75, a photo and some details about your recipient, and within a few days she’ll give you a specially tailored action figure crafted from Flohmarkt-scavenged Playmobil toys, displayed with custom-made accessories in stylish packaging. She’ll even do couples for no extra charge. If the people you know are caricatures anyway, check out Bialer’s premade Berliners In a Box, which vary from bitingly accurate (the chronically depressed Aldi cashier equipped with broken Pfandmaschine) to slightly off (hipster graphic designers will find their favourite bar misspelled) to simply offensive (a Neukölln child beggar?). HW Bites in a box A hamper of Berlin delicacies? Not your first choice of gift, right? Berlin-based Try Foods aims to prove you wrong with a selection of goodies from the city’s newly hip food scene. Inside their cute box (€27.90) you’ll find jarred blood sausage from Neukölln’s Blut- wurstmanufaktur, real Berliner Weisse from Moabit’s Brewbaker, organic grill sauce, locally produced linden honey and, for a multikulti touch, lokum (Turkish delight) from Mitte’s fancy Confiserie Orientale. All this, plus a 112-page bilingual gourmet guide to the city. Sure to delight and surprise out-of- town foodies. JS 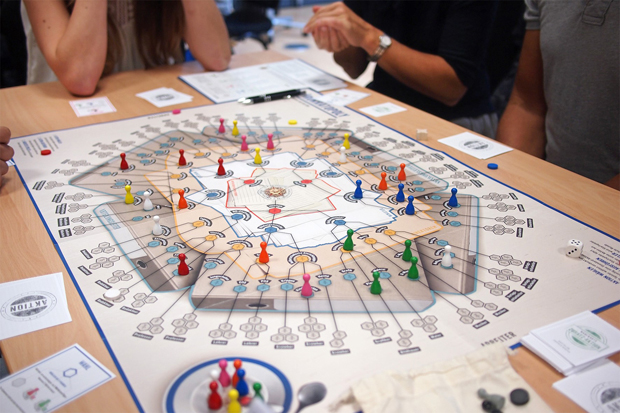 A Communist Christmas If only there was a way to relive the GDR lifestyle without feeling the breath of totalitarianism quite so hotly on the back of your neck. Well, with Martin Boettger’s Bürokratopoly board game, you can work your way through state bureaucracy family-fun style as you clamber up the power hierarchy as a colourful plastic counter, armed with a pair of dice and a “take what you can” attitude. Martin invented his satirical game in the 1980s, as a dissident cog in the system who wanted to share his visualisation with others – and 30 years later, it’s back as both an educational tool and a gift for the Ossi-phile on your Christmas list. Bürokratopoly (€15 including playing pieces, €5 without) represents how the GDR state assumed monopolistic control over the economy, so instead of the almighty dollar, it’s the pursuit of political power that’ll put fire under your arse. Players navigate a web-like board of intertwining career paths: if you want to get your shiny plastic piece all the way to the top of the power pyramid and become the General Secretary, you’ll have to play your mutiny card, collude with others, and stage dodgy elections to usurp your opposition. Oh, and the promotion card allows such an abuse of power that it’s actually possible to promote a textile worker to the head of the Stasi in one move! All that you have left to play for is the hope of reaching the Politbüro to duck out of the dog-eat-dog world of the GDR – you might just be a little blue plastic Mitarbeiter für Kirchenfragen, but that doesn’t mean Grandma isn’t going to stab you in the back when you’re not looking. TO Originally published in issue #133, December 2014.