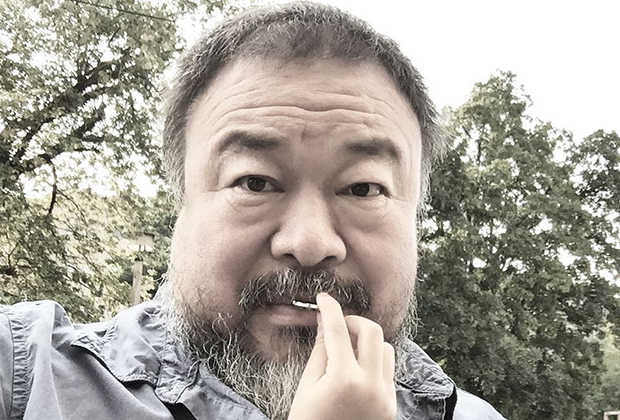 Where in the world is Ai Weiwei? Anyone with an Instagram account can see that he’s in Berlin. Weiwei recently arrived on a four-year multiple entry visa and immediately adopted an open-book strategy in the Hauptstadt, recording his daily life with endless iPhone snapshots and selfies. The savvy social media media follower can track his whereabouts quite easily: no need to read the newspaper. A glimpse at his Instagram reads like a Berlin journal, showing the Chinese artist with everyone from Mayor Michael Müller to Pussy Riot’s Nadya Tolokno. In defiance of the Big Brother state, Weiwei presents himself to the world entirely on his own terms: how he wants and when he wants. When Die Zeit stole a snap of the artist before their interview, Weiwei used Instagram to fight back, shaming the Zeit journalist for misquoting him. Through a flurry of filters, he seems to be enjoying life here with family, friends – Olafur Eliasson and Renate Kunast counted among them – and food, at Mitte’s Quà Phê and Zeit für Brot. We’ve followed him across town, mostly Mitte where his studio and family are, through his Instagram account. Here is a collection of eight of the best shots from around the city. And a few tips on where he can expand his Berlin horizons… With mayor Michael Müller   With Renate Künast With Nadya Tolokno of Pussy Riot With actor Daniel Brühl With his son At Viet-café Quà Phê in Mitte At the Patti Smith concert at Tempodrom  At bio bakery Zeit für Brot in Mitte Checking out a statue of architect Ludwig Mies van der Rohe A few tips for his selfie journey through Berlin:  And then there’s always our office, for an interview –  or maybe we’ll settle for a selfie.