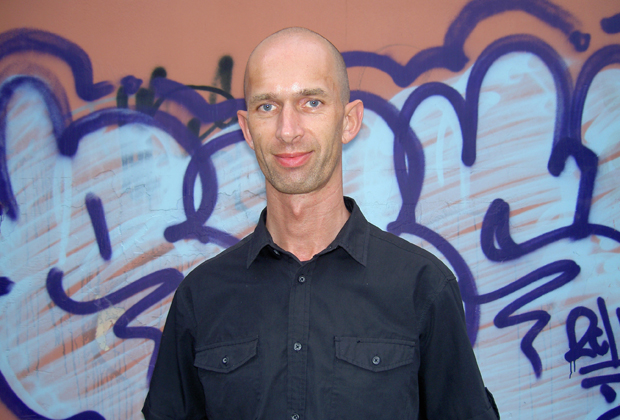 Why run for election if you don’t want votes?

We want to stimulate critical thinking and highlight the idiocy of the current political system.

Are you a joke party?

The big parties, they always make abstract promises – more money, more jobs, more mobility – that don’t mean anything. We, on the other hand, make concrete promises: we will provide more mobility by replacing all sidewalks with treadmills. With us, you know what you’re getting.

What are the first three things you’ll do if you’re elected?

1.) The balkanization of Germany. 2.) Introduce a constitutional right to unemployment 3.) ‘Restupidification’ [a return to a primal state of stupidity].

You repeatedly lambaste the Swabians in your manifesto. Why?

People from Stuttgart always come to Berlin and gentrify and make the place horrible – like in Prenzlauer Berg.

Where do you stand on tourism and gentrification?

We don’t have an issue with anyone, as long as they don’t infringe upon other people’s lives. We are going to divide Berlin – balkanize it – into three zones: one for the Asoziale that want to live a hassle-free life; one for those that cannot live without working and who will be compensating for the others’ unemployment; and finally, one for those who love violence.

How would you deal with the Mediaspree issue?

We’ve got a solution: pave over the Spree with concrete. Afterwards we can set up high-tech military industry on top of it, which will greatly help our economy.

Rather go for the CDU. They’ve been around for so long and always do such an outstanding job!

Typical supporter: “An antisocial (Asoziale) non-voter – which isn’t limited to human beings but extends to all things.”

Stronghold: Their Parteibunker in Neukölln.

Likely Results: “We don’t want votes. We actively discourage people from voting for us.”