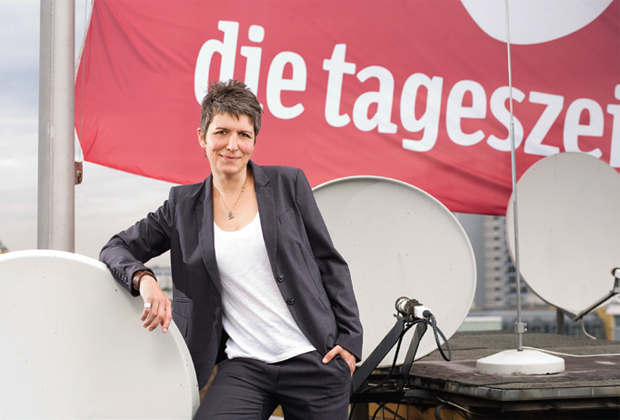 Ines Pohl, the editor-in-chief of Germany’s influential daily taz (Die Tageszeitung), talks about her job, the quota debate and the loneliness of the female executive.

What are the pros and cons of being a woman at a top job?

The con is a pro and the pro a con. Outside the taz I am very often one of the few women who have a leading role in the media. That sometimes makes me feel lonely. On the other hand it allows me to create my own style, to free myself from codes and standards I don’t appreciate. Inside the taz it helps me a lot that I am not part of one or the other boys’ groups, so I can be the mentor and leader hopefully for everyone.

Your predecessor was also a woman. Did she pave the way or did you have to reinvent it all?

As the editor-in-chief for 11 years, Bascha Mika laid the groundwork for a woman leader in and outside the paper. It’s to her credit that it is accepted without any doubts that a woman can run a nationwide paper. As an outsider I brought in my professional experience from various news organisations in and outside Germany where I have worked on both sides, as a reporter and an editor.

What sacrifices does your position demand?

It is a job with very long working hours, but it is also a job that can be very fulfilling. There is no better satisfaction than putting your time and energy into something you believe in, and I believe in the taz.

Do you see yourself as adding something different, a ‘feminine’ style, to the taz?

People are defined by many things – their background, race, class, but also their gender. But all this is a mixture, so it’s kind of impossible to extract the influence of gender. I do think that women bring in a different point of view on the world, looking for different topics to report about and different questions to ask. I am a person who loves to discuss, but I’m willing and able to find a conclusion and take the responsibility to fight it through. Maybe the listening part can be identified as something typical for a woman.

Frauenquote, yes or no?

At this point we see that there is no alternative to quotas. I think the figures are the best proof. And Frauenquote does not mean bringing women to power who are not well enough trained or do not have the skills. It actually means the opposite, to stop men from getting jobs just because they are part of the old boys’ club rather than because of their qualifications.