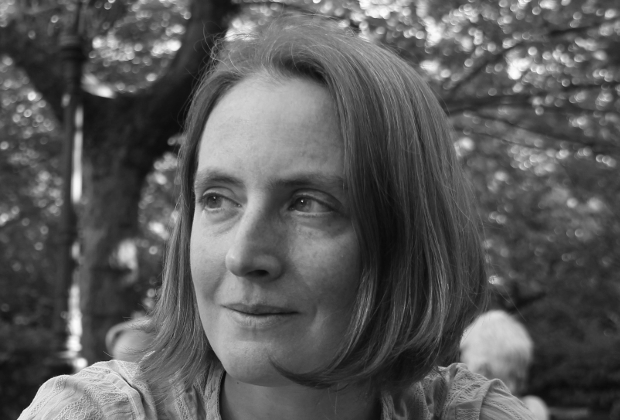 In the run-up to the US presidential election on Nov 8, we’ll be publishing op-eds by Berliners, American and otherwise. First up: New York-born translator and author Isabel Cole.

Two weeks ago I watched the rerun of the first Presidential Debate on CNN holed up in a hotel with a bout of food poisoning. (Cue Max Liebermann: “You can’t possibly eat as much as you’d like to vomit.”) It was the first time in years I’d seen Trump speak. When I was growing up in New York City, in the 1980s and 1990s, he was one of various characters who were always on TV doing something outrageous. Trump for president? Why not Leona Helmsley? (Or Crazy Eddie?) The unreality of the situation hit me all over again: How could he have gotten this far?

I’d avoided watching him ever since he reemerged on the scene like some bizarre 1980s flashback. For months Facebook timelines were flooded with Trump toupee memes and outraged retweets. Early in the primary campaigns, the New York Times front-paged him nearly every day in righteous outrage, analysing and meta-analysing – while ignoring, for months, Bernie Sanders and the groundbreaking debate he catalysed within the Democratic party. In the mass and social media, adults trying to have an adult discussion are trumped by toddlers holding tantrums.

That’s water under the bridge now. Trump, personification of the notion that there’s no such thing as bad publicity, has gotten more of it, free of charge, than he ever could have dreamed. The recent (deeply unsurprising) “sex scandal” may wake the country up in time from its collective hysteria. Or plunge it into deeper hysteria as Trump retaliates – e-mail hacks versus hot mics. One way or the other, he will have gotten what he wanted: months as the centre of attention, dictating the level of discourse.

It’s worth asking, for the future, how our political culture let this happen. Not just the culture of “them”, the “deplorables” or the corrupt establishment, but the culture of those who mean well – let’s call them “the left”.

For years the left has pointed out how counterproductive it is to respond to terrorists with sensationalist media coverage, declarations of total war and carpet bombing campaigns. It gives them the attention they crave, sets them up as persecuted heroes, creates collateral damage that alienates “hearts and minds” and perpetuates the cycle of provocation. In short: don’t feed the trolls. With the rise of right-wing trolls and rhetorical terrorists, the left is forgetting its own wisdom; its main response is to ramp up the rhetorical war and take no prisoners. To yell at the toddler with the tantrum rather than find the adults in the room. In Germany, the hysterics of Pegida and the AfD have sparked a vicious circle of provocation, outrage and free publicity from which only they seem to have profited. I’ll be optimistic here too: they’re riding on bubbles. Their hard core of hate and fear has become a media-enabled rallying point for a wave of broader anti-establishment unease seeking an outlet. This unease is largely rooted in socioeconomic insecurities the left used to focus on. The solution could be to address the underlying tensions, rather than dignify the hate slogans with our exclusive attention.

Outrage is the emotion of the moment. With good cause. These days there’s always a reason for it, it always feels right. But does outrage beat back the outrages, or does it also build them up? Does it turn into the reflexive consumption of what most turns our stomachs? Do we become addicted to Trump’s toupee? Do we reproduce it, in our memes, on into infinity?