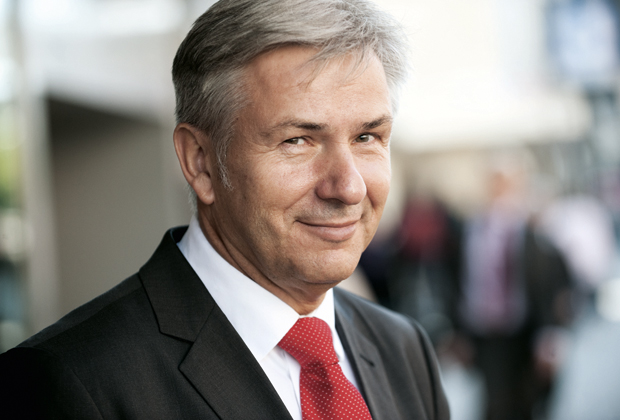 In charge of Germany’s largest city for the past 10 years, Wowereit’s centre-left Social Democrats appear unlikely to continue their alliance with the socialist party The Left (Die Linke).

Though the affable politician has often faced criticism for how he has governed the heavily-indebted city, he still has a commanding lead over his closest rivals – the conservative Christian Democrats and environmentalist Greens – and looks set to be able to take his pick of coalition partners after the vote on Sunday.

In an exclusive interview with The Local, Wowereit discussed the challenges facing Berlin and why he thinks he deserves a third term.

Which important questions are facing Berlin at the moment, what is the most important challenge and which answers can you suggest?

The central themes are the further development of the city as an economic centre, and social cohesion. The strategy of concentrating on promoting the cooperation of science and research on the one hand with business and companies on the other, as in the Berlin-Adlershof technology park, has proven itself even during the economic and financial crisis.

That is the way to bring value creation into the city, to create new and lasting jobs and finally, to increase the income for the city’s coffers. The biggest project in our region, the new airport BBI, is well on its way – we will open it in 2012 and it will create around 40,000 jobs.

When you meet Berliners what are the most frequent requests they make to you?

At the moment safety plays a particular role. We are putting more police officers on the streets and particularly at the moment, in underground and (commuter train) S-Bahn stations currently seen as problematic.

Berliners very often justifiably complain about the S-Bahn, which has lost much of its former legendary capacity due to the policies of Deutsche Bahn, which are oriented towards privatising the railway. I also want to say that many people who I meet on the street are in total satisfied with our policies.

How can Berlin’s unique character be best unified with its future – do they not clash with each other?

There is no clash – just the opposite! Variety is the trademark and the attraction of our city. The whole city profits from the mix of people who come from all countries, from young and creative people who feel comfortable here with us, and for whom Berlin is the place to be.

Think of factors which are relevant to the economy such as the young fashion exhibitions associated with the Bread & Butter, or the design and art scene. Apart from that, tourism is ever more important for our city. And it is exactly for the unique character of the city which radiates internationally, and which is why people come here to us.

How can a poor city like Berlin afford to keep green empty spaces, large development projects and transport improvements such as getting the S-Bahn back on track?

What you are referring to are examples of the changes taking place in the city. Some things disappear because it is developing anew. Berlin is a city of change. That is inevitable if the people in our city are to have a secure livelihood in the future and if we want to effect social justice.

We need investment and modern infrastructure for this. For this is it sometimes necessary to consolidate at the cost of green spaces but generally this is compensated for elsewhere. Berlin still needs change, it cannot stagnate. I stand for that.

If you could implement something without taking notice of cost or the necessary political support, what would it be?

I would immediately, and with one stroke of the pen, eliminate our debt mountain of more than €60 billion.

It says that we have efficient federalism and that we are developing sensible policies for Berlin. The federal and Berlin governments have a good working relationship.

Tourism in Berlin is an important economic factor – do you see the danger is that the city could in the future be branded as anti-tourist?

I think that is a temporary apparition, perhaps down to the election campaigns of our Berlin parties. I consider what the Greens have been doing is completely stupid and dangerous, although I don’t deny there have been excesses here and there. But one can deal with those individually, and that is happening. Most Berliners are cosmopolitan and welcoming to guests. Xenophobia has no place in Berlin.

Do you see a danger that as Berlin develops into a more normal city by international standards, it will be unable to avoid also developing the typical problems of a big city such as violence, muggings and poverty? What can you do against this?

We have sinking crime figures overall – one must keep that in mind, also if the subjective feeling of individuals can suggest a very different impression. I take that seriously and we are doing something about it.

How important do you think the introduction of a possible dual citizenship is in relation to the promotion of integration and as a draw for foreign workers?

It is no accident that we have not been having a debate about dual citizenship for a long time. The German job market is now open for workers from nearly all European Union states.

The citizenship of an EU state endows very wide-reaching equality. One must add to that a comprehensive minimum wage and unified social standards across the EU. Apart from that, I am in favour of Turkey’s entry to the EU in the long term.

Why are the Greens doing so well in the polls? Could you imagine a Red-Green or even a Green-Red state government after the vote on Sunday?

These are snapshots, which are very much affected by federal political developments. When Berliners stand in the polling booths they will decide for dependability and continuity. I am sure of that. My aim is that a strong SPD takes on the leadership of the city.

Where are the Greens in your opinion, in relation to the state politics of Berlin?

Well behind the social democrats.

The original interview appears in The Local here.