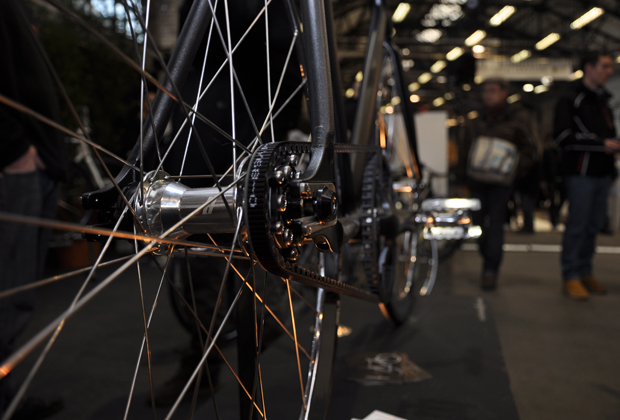 Now entering its third year, the Berliner Fahrrad Schau on March 3 and 4 will place extra emphasis on vélo couture. With over 100 exhibitors, 10,000 metres of exhibition space and over 10,000 visitors, it’s the epicentre of bike geekdom in Berlin, and there’s nothing keener, greener and cooler to get geeked out about than bicycles.

Held annually in the former postal station near Potsdamer Platz, Station-Berlin, the show is the liason between bicycle and lifestyle. According to the organisers, the bike is no longer simply a piece of sports equipment – but a form of expression, and this year the organisers have put aside more room at the show for bike specific fashion.

Even if your wheels symbolise nothing more than getting from A to B, you can be sure that cycle enthusiasts from ‘fakengers’ (pretend bike messengers, of course), to eco-pedallers will be at the show, poking around new bikes, parts, and fashion accessories, suspiciously eyeballing Penny Farthings, and scoping out the live shows including bike polo and track tests.