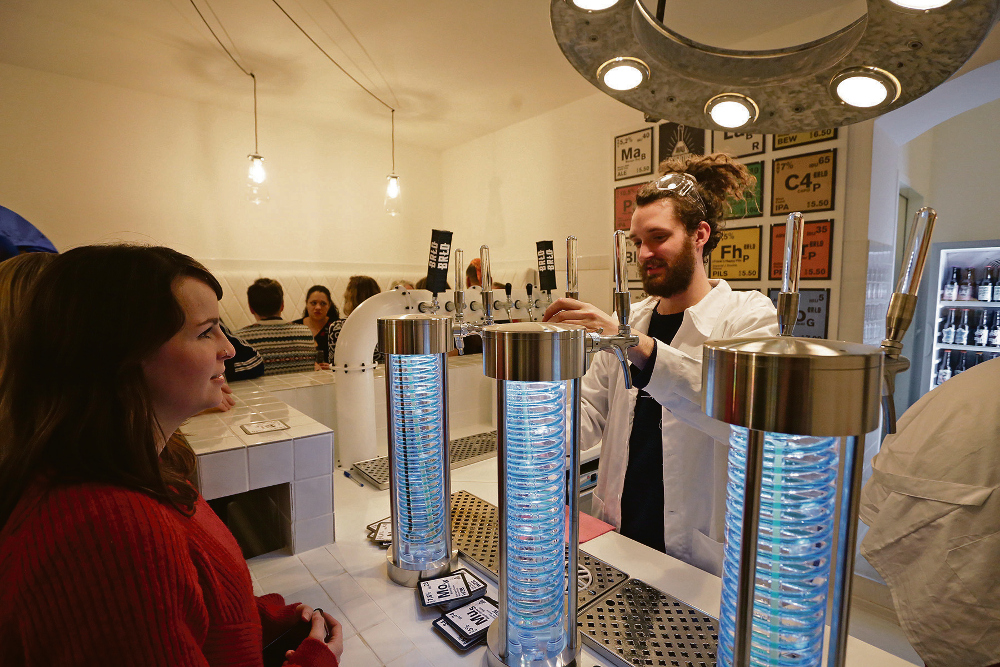 It’s no longer accurate to call craft beer a “trend” in Berlin – it’s a permanent invasion. IPAs and Imperial Stouts can be found in even the dingiest of Spätis and Eckkneipen, and now an entire craft beer bar has spawned in the side room of 10-year-old student hangout Szimpla. Opened in February, Labor Berlin is the creation of Hungarian brewery Mad Scientist, which has a similar location within Szimpla’s namesake “ruin pub” in Budapest. There as in here, the “science” theme runs strong. Against stark white walls and a menu resembling the periodic table, bartenders in lab coats tap kegs into 40cl Erlenmeyer flasks. The brews themselves tend toward the experimental, like the fruity Mango Bay (€5.50) or the creamy, mocha-infused New York Mocaccino (€6.50). The selection of 12 rotates constantly; try the award-winning, nine percent ABV Liquid Cocaine if it’s on tap or, for something closer to home, have a pilsner from Berlin’s own Brlo (€5, the cheapest option). Mad prices to be sure, but unlike Berlin’s other craft beer bars, this one comes with an escape hatch: if your friends want to keep experimenting, you can always mosey into the next room and bring back a €3.50 Pilsner Urquell.