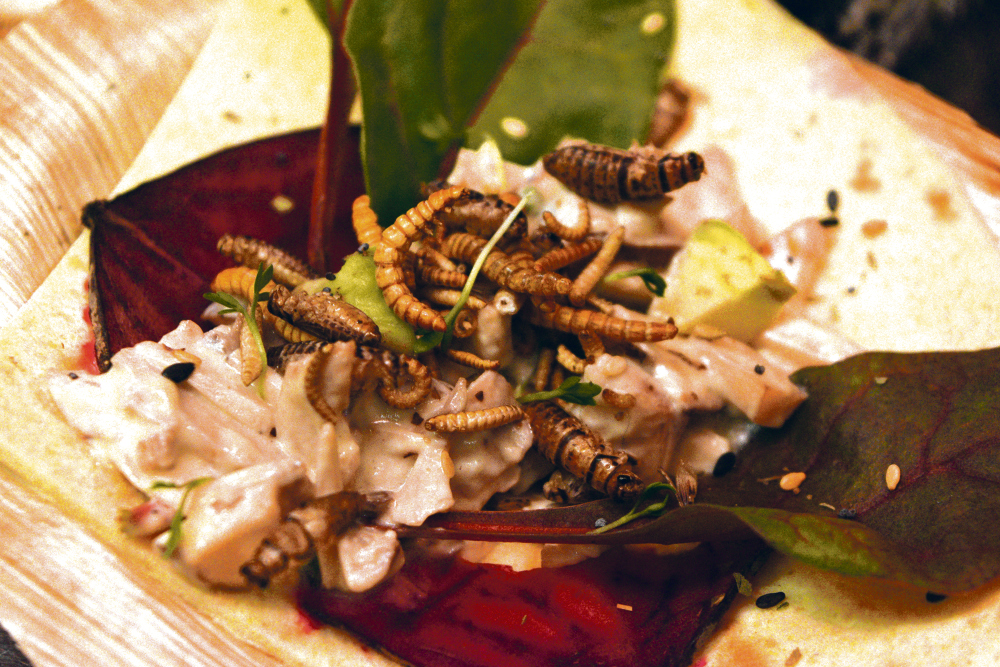 What’s it going to take for Berliners to eat bugs? They’re sustainable (farming crickets produces 75 percent fewer carbon emissions than farming poultry); they’re economical (you can raise them on food waste, using the total landmass of a plastic tub); they’re packed with nutrients (up to 48 percent protein by weight). Yet aside from a short-lived shop in Mitte and a company selling paleo cricket-Riegel, the trend hasn’t exactly grown legs in the German capital. That hasn’t deterred entomophagy evangelist Nicole Sartirani, an Italian former actress and the daughter of a professional exterminator who started selling buggy bites at Markthalle IX late last year under the name Mikrokosmos. Sourced from European “snack-grade” insect suppliers, these crickets, grasshoppers, buffalo worms and mealworms are unprocessed and totally organic, as sold straight up (€10-30 per 50g) or served in homemade dishes (€5-8) at the Markthalle’s perpetually crowded Street Food Thursdays. The sight of the critters might bug you out– EU edible insect regulations dictate that Mikrokosmos customers have to see their food intact, carapaces and all– but they do add a pleasing crunch to bite-sized mushroom tacos or vegetable soup. And Sartirani is hopeful for the growth of her little revolution, holding short courses in cooking with bugs and farming your own “mikrokosmos”, and educating children on the eco benefit sof eating grub(s).