Berlin is back in the Corona green zone as its R value fell steeply this week. Though today’s value of 0.41 represents a slight increase on yesterday’s figure of 0.36, these latest R values – which represent the number of people each individual with the virus infects – are a good deal lower than the 0.88 and 0.9 figures reported on Wednesday and Tuesday. This latest data keeps Berlin in the safe zone after the previous spike in the figures.

The city’s gastronomy association has cautiously welcomed the newly-relaxed rules for drinking establishments, but warned that many pubs and bars will find it difficult to adhere to the 1.5 m distancing rule. “We’ll have to see how many establishments can implement the new regulations, since many do not have the capacity to implement distance and hygiene rules,” Deputy Chief of Dehoga Gerrit Buchhorn said today. Many small Kneipen simply lack the space to maintain the 1.5 m gap between tables.

The new changes could also mean a financial crunch for sports venues. The problem? The Senat’s physical distancing rules are so strict that running a profitable operation is impossible for many sports studios, yoga places and dance schools who rely on packing their spaces full in order to break even. Nicole Ludwig, Sport Spokeswoman for Berlin’s Greens today proposed opening up outdoor spaces like car parks to sports and dance studios temporarily so classes can be held outside.

In case you missed it, the city decided to lift Corona restrictions in a wave of changes announced yesterday. Here’s a summary of the new rules:

In all cases, the 1.5 m distancing requirement remains in force until at least July 4. These dates reflect the earliest point various businesses and venues may open, however many places – including some sports halls, pools and casinos – have announced delays so do check with the specific venue before heading there. 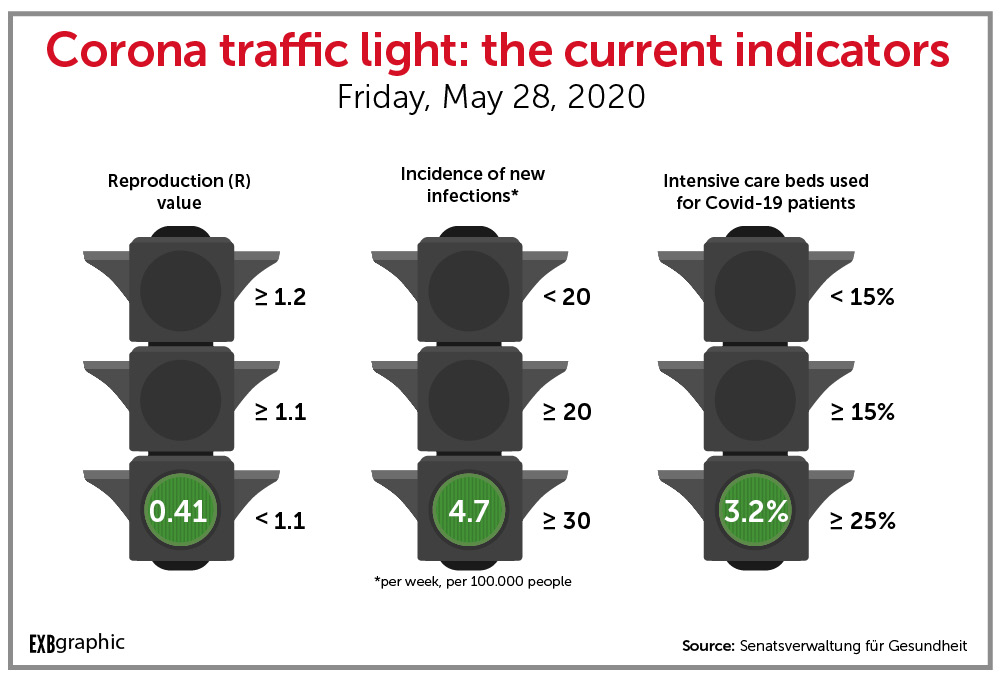 After the May 1 attack on a ZDF television crew by a masked group, police are urging the public to send them video footage from a nearby protest thought to be linked to the assault. Crew members were seriously injured when 25 attackers came at them on a Mitte street a short distance from the Hygiene Demo on Rosa-Luxemburg-Platz. Police believe the attackers belong to an “extremist left” grouping and are looking for video and photo clues from that day to help track them down.

You can now be fined for contravening the coronavirus laws after the Senat revised its sanctions to comply with a recent court ruling. Break the social distancing rules and you could once again pay the price – up to €500 for failing to keep your distance and €100 if you meet up with too many people. On Tuesday the Constitutional Court had declared the fines invalid as they were too unspecific, but now police have the go-ahead to hand out penalties again – so you best behave yourself!

Igor Levit in marathon web concert, the film festival from your sofa

Igor Levit is going to spend 20 hours at the piano this weekend. For a special concert, the pianist will play continuously from 2pm on Saturday to Sunday midday. With his marathon music session, Levit wants to draw attention to the challenges musicians have faced since the Corona pandemic. “This time is brutal for us artists – physically, mentally, emotionally. And that’s why this work is so apt – it draws attention to the state we are in,” Levit told the DPA. The concert will be streamed on Levit’s Instagram account.

Can’t wait until June 30 for the cinemas to reopen? Luckily you can get your film fix this weekend courtesy of We are One, an online film festival featuring flicks from 21 international movie festivals. For 10 days starting tonight, you can enjoy a programme of feature films, shorts and documentaries right from the comfort of your sofa, with participants including the Tribeca Film Festival, the Berlinale and the Cannes, Venice and Toronto film festivals. Catch the screenings on the We Are One YouTube channel. 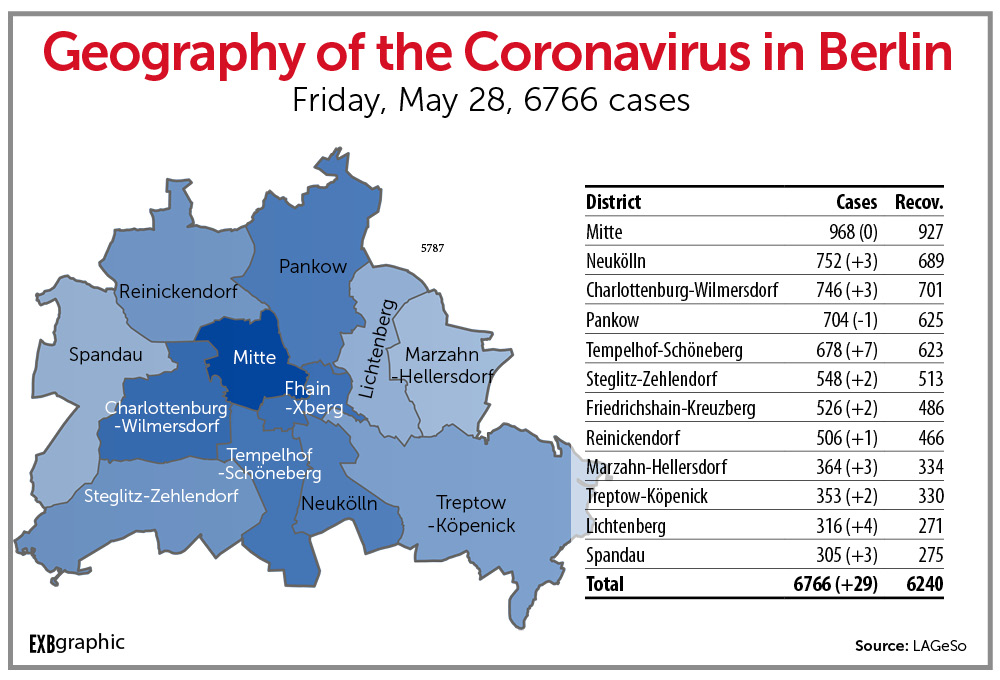 Berliners are set to head to the Baltic coast en-masse for the long weekend, as hotels and attractions on the Ostsee reopen. The ADAC motorist club is warning of traffic jams on the northbound Autobahns as the city heads to the seaside. If you’re thinking of joining the hoards for a quick day trip to the coast, think again: a one-night minimum stay is required for tourists heading to the northern state of Mecklenburg-Vorpommern.

From June 1 bathers can once again go for a splash (or an unauthorised dive) at the Columbiabad and Gropiusstadt Kombibad pools. The Neukölln baths are both set to open for three periods throughout the day: from 7am to 10am, 11am to 3pm and from 4pm to 8pm. This allows staff to disinfect and clean the pools before new guests arrive. All swimmers are required to buy a ticket online before coming, as with all outdoor baths.

Here’s one way to defeat the virus: open your windows. That’s the advice from the city’s Health Administration to Berliners this weekend. Since the virus is carried in aerosols – which spread well in closed rooms – getting some airflow into your flat will help banish any nasties floating around.