Berlin and Brandenburg recorded no excess deaths during the Corona pandemic, new data shows. Federal Statistics Office figures on excess mortality report no more deaths this year than have occurred during the same period in previous years. In fact, between May 4 and May 10 the mortality rate was lower than would be expected. This confirms existing data from local authorities in Berlin and Brandenburg suggesting the region remained relatively unscathed. This is not an argument against Berlin’s tight Corona measures, however. The experience in countries such as Italy, which saw a 49 percent increase in its mortality rate, shows the dire consequences when the virus is allowed to spread out of control.

On Saturday afternoon at least 15,000 people gathered on Alexanderplatz for a protest supporting Black Lives Matter, according to police reports, though some observers say attendance was more like 45,000. The protest itself was peaceful, though there were clashes between police and a small number of attendees afterwards. A total of 800 officers were present at the gathering, with 93 arrests made. At the same time, a counterdemonstration was assembled by the far-right NPD on Potsdamer Platz under the motto “White Lives Matter”. It was not well attended.

Though most of the protestors on Alexanderplatz were wearing masks, politicians expressed concern that attendees were not adhering to the 1.5m distancing requirement in the densely packed square. Responding on Sunday, Interior Senator Andreas Geisel (SPD) said that, while the right to protest is fundamental, “People must be aware, for the protection of themselves and others, that the distancing rules must always be observed.” 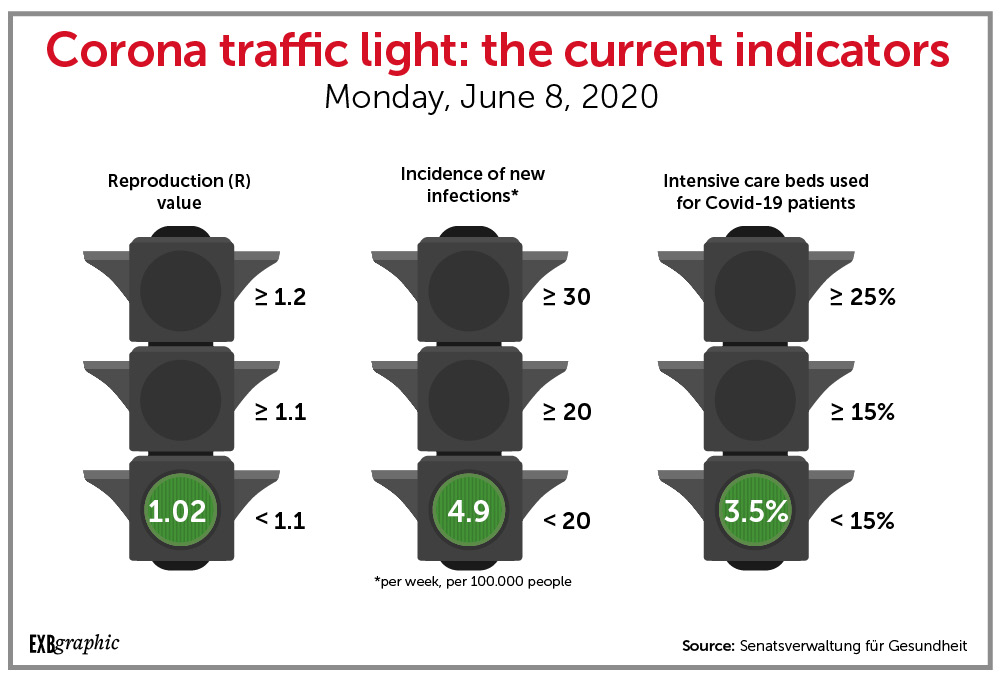 Around three quarters of students in Berlin are now unemployed as the pandemic continues to take its economic toll. The figure is from a survey by Studentenwerk Berlin, and reveals the scale of job cuts that are leaving students facing intense financial difficulties. Many of the typical student jobs, like waitressing in restaurants and bars, have been disproportionately affected by the coronavirus restrictions, now in their third month. Across Germany around 40 percent of university students have lost their part-time jobs, according to research by recruitment company Zenjob. To cope with the loss of income, students are being advised to apply for extra cash via student unions or the BAföG student finance scheme.

Berlin approved large numbers of fraudulent claims for the Corona freelancer subsidy, according to the federal government. The Senate will investigate after a robust intervention at the weekend by the Federal Ministry for Economic Affairs claiming that the number of payments that have been authorised in Berlin is “implausible”. The Investitionsbank Berlin (IBB), which has been handling applications here since March, rapidly paid out funds to over 200,000 individuals and small businesses, with individual payments ranging from €5000 to €15,000. Minimal identity checks were made, and there is mounting evidence that the scheme got out of hand, with many – knowingly or not – claiming money they were not entitled to. The Ministry now believes that the number of applications the IBB approved is 40,000 more than the total number of businesses and freelancers who actually qualified. According to the Tagesspiegel, the situation in Berlin has been described as a “disaster” by central government figures.

Only 9000 of the 20,000 volunteers due to test out BER will now be needed, as the airports authority radically scales down its opening plans for the new airport. According to an announcement today, all existing applications made by members of the public to spend a day testing the new terminals are being cancelled. The new airport, which is set to open on October 31, is expected to handle far fewer passengers than it was designed for because of the coronavirus pandemic. The operational tests had been due to begin at the end of the month, but will be delayed by four to six weeks. Registration for the new trial is to start soon. 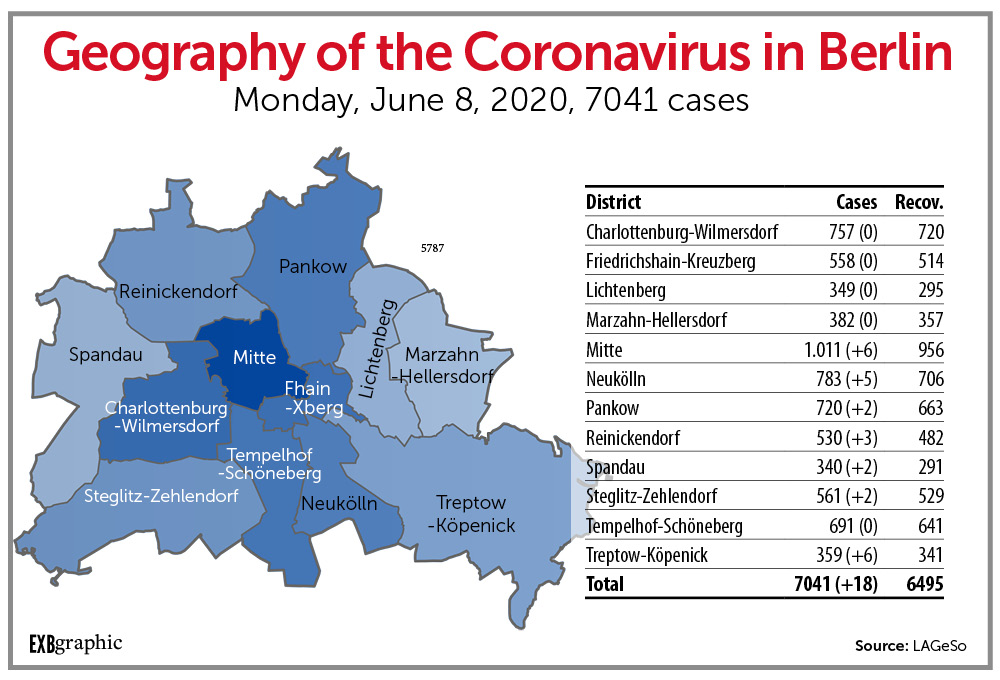 Theatres look ahead as season ends, restaurants opening hours set to be extended, cops clamp down on Corona street racers

Berlin’s state theatres are breaking up for the summer to focus on preparations for the 2020/21 season, which they fear will still be hampered by coronavirus restrictions. That means smaller casts and smaller audiences. Culture Senator Klaus Lederer (Left) has suggested that by testing their ensembles for the virus, theatres will be able to forgo masks for their cast members during performances. “When we reopen theatres, I want to ensure they have as much artistic freedom as possible,” Lederer told the DPA.

The city’s restaurants and bars may soon be able to serve their guests a bit longer. Existing rules forcing bars, pubs and eateries to close their doors at 11pm could be relaxed as soon as this Wednesday following a legal appeal from a pub landlord. The Senat is due to discuss the curfew on Tuesday before a final decision is made.

Police in Berlin are launching a crackdown on street racing as more drivers take advantage of the quieter roads to engage in high-speed driving contests. Authorities dealt with one or two cases a week when racing first became an offence in 2017. Around Easter this year there were 32 instances in just four days, though this increase is partly due to better detection. In one recent case, a driver was caught on a Wedding slip road doing 233 km/h. This week, more cops will be on the lookout at well-known speeding routes, employing video technology to help detect drivers.