It’s been two days since police started patrolling public transport and so far 16 passengers have been reported for failing to wear a face covering, the Tagespiegel is reporting. This figure highlights the need for more wide-ranging checks, given that around 25 percent of those travelling on the BVG’s two million daily passenger journeys don’t wear masks. Those caught face fines of up to €500. What effect the new penalties will have on passenger compliance remains to be seen. 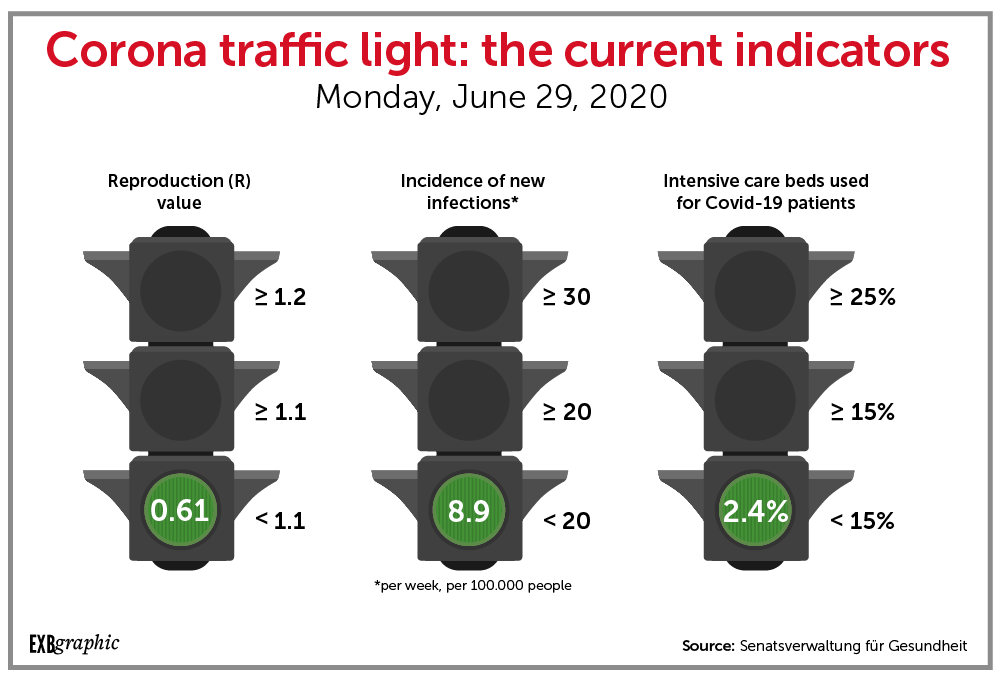 EU states including Germany are set to relax the entry ban on passengers arriving from 14 countries – with the United States notably missing from the list. From July, people from the following territories will be able to enter the bloc without restriction: Algeria, Australia, Canada, Georgia, Japan, Morocco, Montenegro, New Zealand, Rwanda, Serbia, South Korea, Thailand, Tunisia and Uruguay. Restrictions on passengers coming from China will be dropped if the country removes its own restrictions on European arrivals.

Growing numbers of women are seeking help for domestic violence, even as the lockdown continues to lift. Calls to the “Big Hotline”, a phone service offering women and their children help in cases of domestic violence, increased by 12 percent between June 1 and June 21. This comes after the predicted surge in domestic violence during the pandemic’s onset did not materialise. “Now that restrictions are being eased, we are seeing that our support systems are being used more and more,” Health Senator Dilek Kalayci (SPD) said this morning during a session of the Health Committee. It’s unclear whether the rise is due to an increased incidence of domestic violence or simply more awareness of the service. 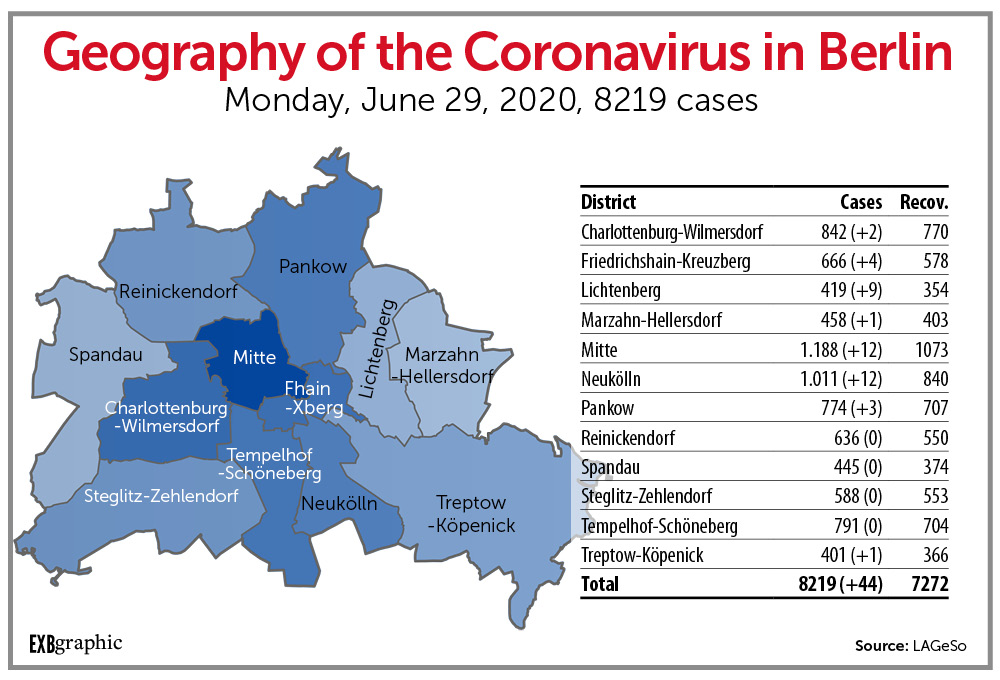 The head of the Cinema Association is calling for a Corona rule rethink as film theatres face financial ruin because of strict 1.5m distancing restrictions. Christian Bräuer, who also runs Berlin’s Yorck Group chain, wants to see the rule scrapped in favour of keeping one seat free between cinemagoers. Currently, Berlin’s cinemas can only operate at 20–25 percent capacity, making profitable operation impossible, according to Bräuer. He said that the outlook for cinemas, which are set to reopen in Berlin on Thursday July 2, ranges from “weak” to “catastrophic”.

From today employees at Berlin’s day nurseries can get tested for Covid-19 even if they aren’t experiencing symptoms of the virus, mayor Michael Müller has said. Previously the city’s 32,000 childcare workers faced the same barriers to testing as the general public. Kita employees can now come to the test centre at the Charité’s Virchow Clinic to get tested, with the Senat promising to extend symptom-free tests to school teachers by the end of July.

On Saturday more than 3500 people gathered for Berlin Pride 2020, a scaled-down version of the cancelled Christopher Street Day parade due to be held on July 25. Marching from Nollendorfplatz and down Unter den Linden to Alexanderplatz, the demonstrators took a more political tone than is usual at CSD, highlighting the threat the political situation in countries like Poland presents to LGBT+ people. The same day more than 1000 people demonstrated against racism near the Victory Column at Tiergarten. Turnout was significantly less than the estimated 15,000 who gathered for the previous Black Lives Matter demonstration on June 7 at Alexanderplatz.  In advance of the Saturday afternoon march, markings spaced at 1.5m were stuck to the ground to encourage those gathering to follow separation rules. A police spokeswoman said that the protestors had been “exemplary” in adhering to the restrictions, according to the Tagespiegel.

Four out of five Spielhallen in Berlin will be forced to close by the end of this year, as the Senat’s war against the mini casinos takes its toll. Berlin now has the strictest regulations on gambling establishments in Germany after progressively tightening the rules around their operation in an effort to tackle the city’s gambling addiction problem. It is thought that just 120 Spielhallen will remain open by 2021.

Covid-19 is not just affecting travel today, but the transport of the future too: self-driving electric buses due to be introduced in Tegel this summer are on hold due to the pandemic. The Senat’s transport administration had planned to introduce the buses on services from Alt-Tegel U-Bahn station but the delivery of the new vehicles has been hit by Corona. The e-buses, set to run for a year-long trial period, should now be in service by the end of 2020.