In its final session ahead of the summer break, city parliament ratified the Senat’s decision that Berlin will take on up to €6 billion more debt this year. Opposition parties AfD and FDP voted against the supplementary budget, and the CDU representatives abstained. The years of plenty, where Berlin was able to avoid new debt and even pay some back, are over.

Also at the Abgeordnetenhaus today, Social Senator Elke Breitenbach (Die Linke) shared her pessimistic outlook on the Berlin (un)employment situation. “We’re getting prepared for a dry spell,” she said, and warned that many of those on Kurzarbeit may not get their jobs back. Breitenbach thinks further professional training will be the way forward for those affected and that more will need to be done in terms of placement services and career guidance.

Mayor Michael Müller has commented on Sunday’s ‘demonstration’ rave, calling it irresponsible. He announced there would be stricter controls in future. So maybe next time thousands of people get together on 400 boats and party outside a hospital to support club culture, someone will send them home. 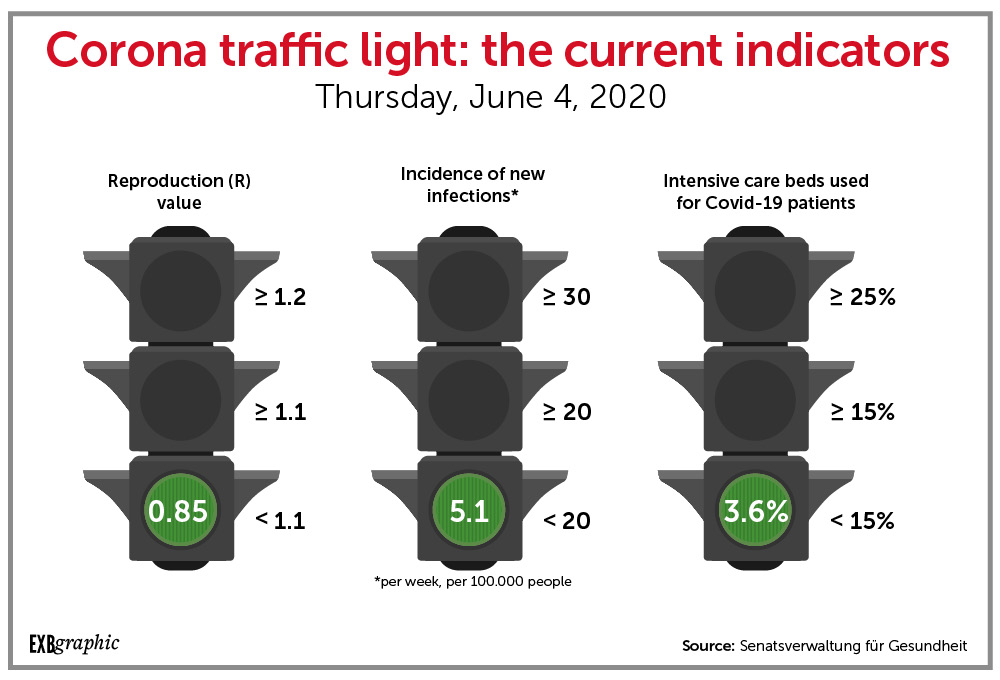 Schools to go back to normal, testing about to start and kitas filling up

Only three weeks to go until the end of the school term and there is no definite plan to what things will look like after the holidays. However, education Senator Sandra Scheeres (SPD) has said schools should be able to return to normal in August. The city wants to offer parents the full deal for their kids again, but, Scheeres said, it will need to coordinate with teachers associations and school operators. She says all German states are considering the same move. It does seem like they’ve got a little time get prepared now… As far as kitas are concerned, 73 percent of children are already back in day care, if only for a couple of hours per day.

Next week, Corona screening will be introduced in 24 randomly selected Berlin schools and kitas. At each school, 20 pupils and five members of staff will be tested for the virus on a regular basis: “This is the start of a broad Corona testing strategy the university hospital has developed on behalf of the Berlin Senat,” city government and the Charité announced. A one-year study will make use of the sample results.

At today’s Abgeordnetenhaus session, a study about the infectious potential of children was a hot topic. The CDU demanded comprehensive research in order to – potentially – lift all restrictions and take the burden off parents. The Greens and Linke also want some form of study done, but coalition partner SPD is sceptical a single study will produce reliable answers and would prefer to hand more money over to the Charité researchers. The AfD thinks the CDU petition is all about image and arrives too late, while FDP representatives basically criticised everyone for everything and expressed concern for all those kids being robbed of their educational opportunities. We’re wondering what the nation’s favourite virologist Christian Drosten is thinking – he’s just updated his study confirming that children are just as likely to spread the virus as adults. 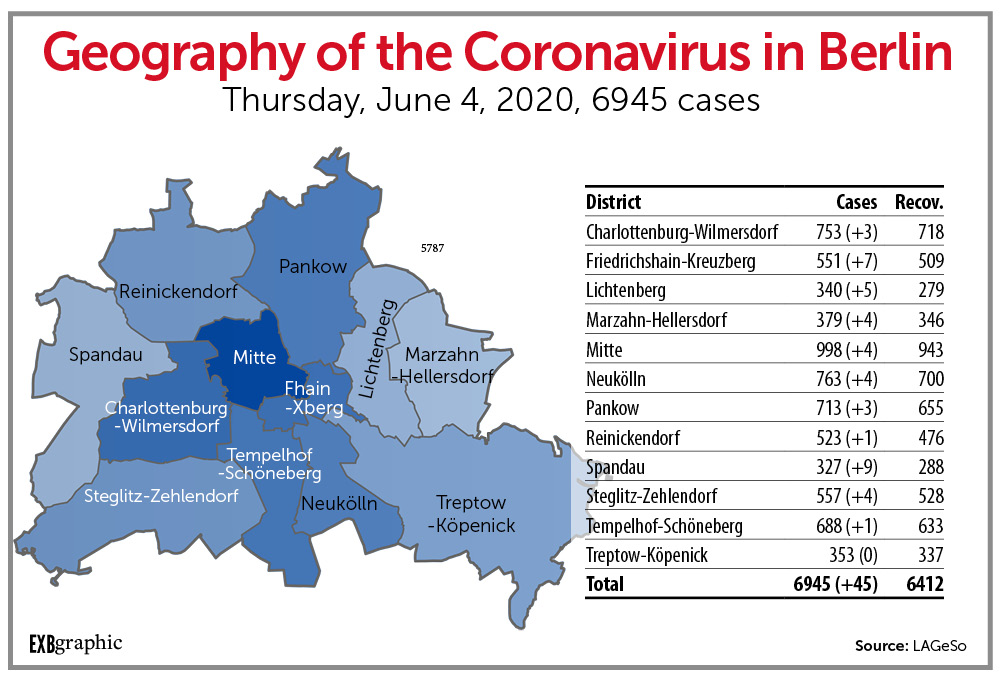 Thirty-four Neukölln restaurateurs have signed an open letter to the local Bezirksamt asking for more outdoor space – minus the usual bureaucratic hassle. The humble request according to the Tagesspiegel, which has seen the letter: two to three parking spaces outside their restaurant spaces. The groups motto “Arbeitsplätze statt Parkplätze” translates to “work places over parking spots”. If only it wasn’t for those pesky cars!

Technically, sports halls were allowed to open on Tuesday so up to 12 people could train together. But the districts have put the brakes on: questions remain regarding hygiene rules and ventilation. The Bezirksamt Neukölln said on behalf of all districts that each hall would need to be evaluated individually first, meaning reopening has to be postponed until at least Monday. Luckily the 12-people rule also applies to outdoor areas, so the training doesn’t need to be cancelled.

The AfD has a new enemy: bike lanes. MP Frank Scholtysek requested the installation of new ‘pop-up’ bike lanes be stopped immediately and threatened legal action should “drivers be denied the use of streets by political despotism”.  Opposition parties CDU and FDP have also complained about the new yellow lanes taking up space in the city’s streets (the Morgenpost has a full  list of where they are here).