*The R number is the average number of people an individual with the virus infects. While a useful indicator of how fast Covid-19 is spreading, the number can be skewed by small local clusters of infections. Senat introduces fines for non-mask use, limits on household meetups removed The Berlin Senat decided today to introduce fines for those not obeying mask-wearing laws, such as on public transport and in shops. The fine ranges from €50 first time round to €500 euros for repeat violations. Die Linke had been resisting the fines for a while, but their coalition partners (SPD, The Greens) have now succeeded in pushing through this tougher regulation.  “We see how many are aware of how sensitive the situation is,” Mayor Michael Müller (SPD) said. “But we also see how some very deliberately don’t stick to it.” The fines will be enforced by the police, but they say they don’t have enough staff to carry out comprehensive checks. Restrictions on members of different households meeting up in public have been removed, following a decision by the Senate today. Formerly, public meetups could only involve two households, unless they contained five or fewer people, in which case the number of households was not capped. The new rules mean people from any number of households may meet in pubic. 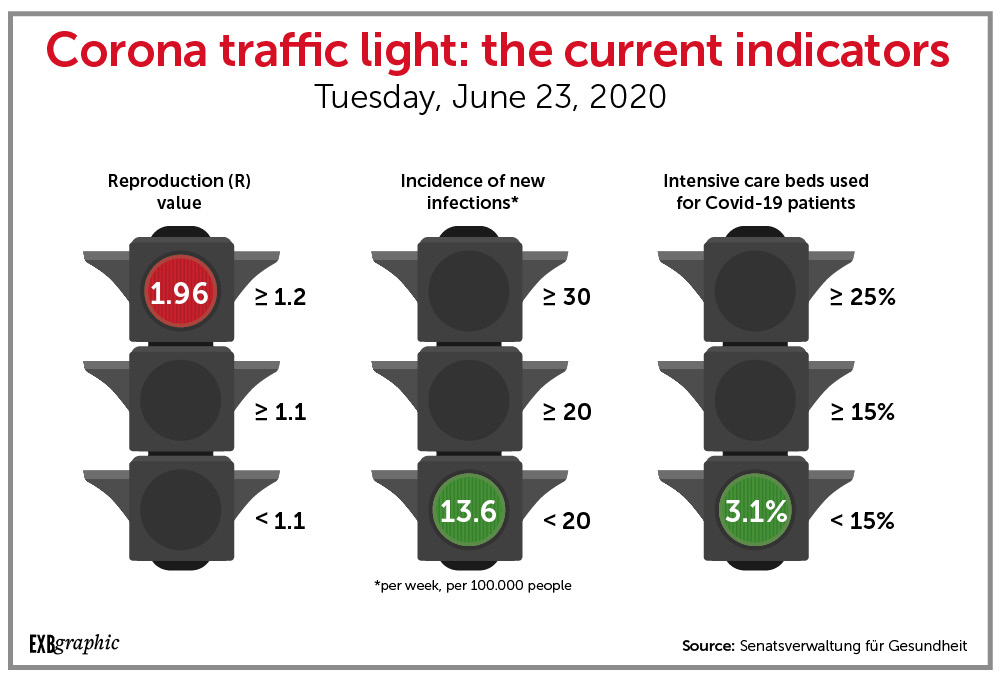 Air traffic increases, more criticism of ravers Air traffic over Berlin has significantly increased over the past seven days. The number of passengers at Tegel and Schönefeld has more than doubled over the past week, increasing to about 8000 passengers per day. While this is still far from the pre-corona numbers of over 100,000 travellers per day, passenger numbers are rising again as travel-bans are steadily being lifted. Right now 50 destinations in 30 countries are possible travel destinations from Berlin’s airports. More destinations are to be added come July, and with that airport chief Engelbert Lütke Daldrup expects a further increase to over 10,000 passengers daily.  The Interior Minister Andreas Geisel (SPD) has called for harsh punishments for illegal ravers, following troubling scenes last weekend when hundreds of revellers gathered in Neukölln’s Hasenheide. They threw bottles at police summoned by complaints over loud music. Geisel wants to punish such flagrant disregard for the Corona-laws, calling the culprits “testosterone-controlled young men who gather and believe that rules don’t apply to them.” Police presence in parks over the warm summer nights ahead will be scaled up. 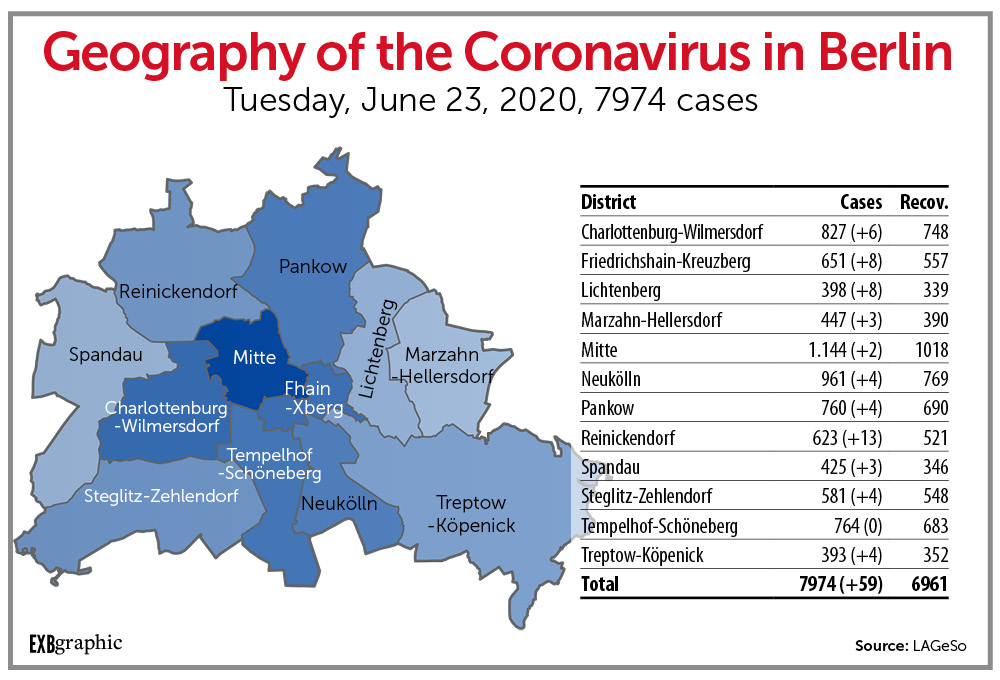 Fresh Corona aid figures, Holocaust Memorial reopens Almost 212,000 freelancers and solo self-employed have applied for government aid due to Corona, new figures show. Nearly €1.8 billion has been paid out with 8,600 applications still being examined. Around 26,000 applications have been rejected. The average amount received has been €8500. But money is not just going out: Over 14,000 applicants have returned the funds they received after realising that they have no claim to it.  Berlin’s Holocaust Memorial exhibition today reopened to the public. With its reopening there will be an expansion in free guided tours. It will be open Tuesday to Sunday from 10am to 7pm. Corona guidelines will be enforced, with visitors having to keep distance and cover their mouth and nose at all times. [We’re raising money to help get back to print. Visit our Startnext campaign here.]