*The R number is the average number of people an individual with the virus infects. While a useful indicator of how fast Covid-19 is spreading, the number can be skewed by small local clusters of infections. Mayor Müller supports free Corona tests, average age of those infected drops Mayor Michael Müller has voiced support for free Corona tests in Berlin, even when no symptoms are present. The statement came after after a period of ambiguity. In response to Bavaria announcing it would provide free Corona tests for every resident, Berlin’s health administration ruled out the same option for the capital, stating that they would instead take a more strategic approach to testing. Today, however, Müller announced a change of plan. “I think we will take this Bavarian route very soon,” he said in an interview with n-tv. It’s unclear who will fund the tests and when they might be available. A greater proportion of younger people are testing positive for the coronavirus, Health Senator Dilek Kalayci announced. New figures put the average age of new infections at 40 years old, and that number has been consistently dropping. The overall average of infected people throughout the pandemic 49 years old. According to research by RBB24, cases of people between the ages of 0 and 14 have doubled between May 11 and June 22. 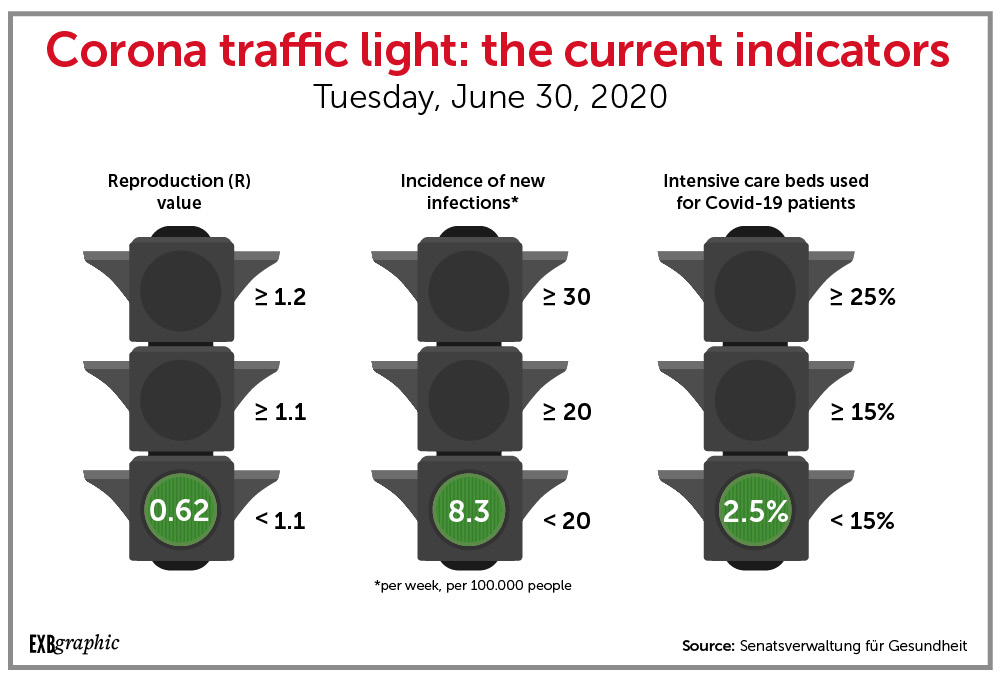 More trash in Berlin thanks to Corona, music council rallies against indoor singing ban The amount of non-recyclable waste produced in Berlin increased over the Corona lockdown. This increase has been driven by the demand for takeaway meals, as dining-in was long outlawed and still faces restrictions. Empty food packaging is largely unrecyclable, so it’s been filling up black bins across the city. Overall household waste has remained steady, with around roughly 15,000 tonnes being thrown-out every week.  The German music council has criticised the Berlin Senat’s decision to forbid singing together in enclosed spaces. Despite the recent relaxing of Corona restrictions, choirs are only permitted to rehearse outdoors. The council’s secretary general Christian Höppner emphasised that this is disproportionate. “Singing is elementary for the cultural nation of Germany,” he said. “While observing hygiene restrictions, is very possible in closed rooms”. 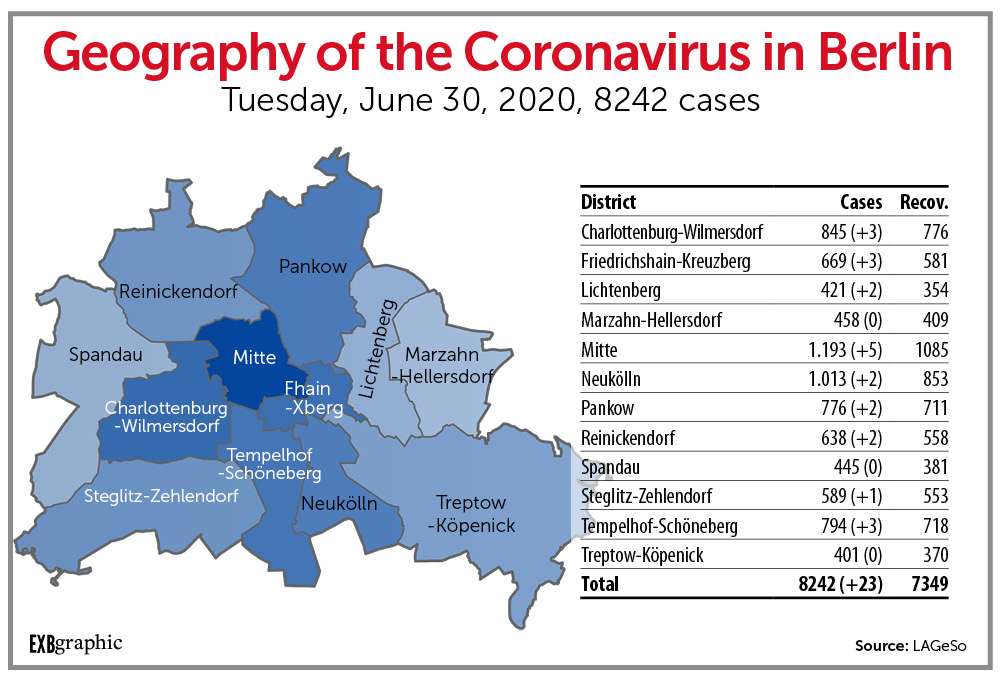 No new Corona cases in Brandenburg for two consecutive days, final day of Exberliner’s crowdfunding campaign Brandenburg has reported no new Corona infections for two days in a row, the Federal Ministry of Health says. There are currently 120 active infections confirmed, with only two in intensive care. In total, 3451 infections have been confirmed since the pandemic began. Is now the time for a staycation in Brandenburg? Last but not least, our Startnext campaign to help us raise money to get back to print ends tonight. You have until midnight to snap up some of the last remaining rewards, including journalism workshops, private dinners, posters and more. The money raised will go directly to getting us back to our to our regular print schedule and pay all our wonderful freelancers. We would like to take this opportunity to once again thank everyone who contributed. [We’re raising money to help get back to print. Visit our Startnext campaign here.]