With the global pandemic in action, it’s easy to assume Berlin’s death rate must be going up – but, in fact, the latest figures published by the local statistics office show that the number of deaths between January and May is actually five percent lower than last year. A small spike was recorded between the end of March and mid-April, when it was up by 4.3 percent compared to the same two-week span in 2019.

The fire brigade seems to think the ‘Corona fire’ is under control: Today they dissolved their special pandemics unit which was created in late February to organise for a more extreme Corona crisis scenario (such as how to handle an increased number of emergency calls and how to keep firefighters safe and sufficiently equipped). The head of the fire department explained that structures have been sufficiently adapted for the time being.

This morning the association of Berlin headmasters reacted to yesterday’s Senat decision that the 1.5m distancing will no longer apply in schools when the new term starts in August. Organisation head Gunilla Neukirchen said there should be a ‘plan b’ in case the infection rate goes back up (they don’t want to have to freestyle again). Education Senator Sandra Scheeres (SPD) said city government is working on such a plan, but that 50 percent of classes will have to physically take place at schools, no matter what. 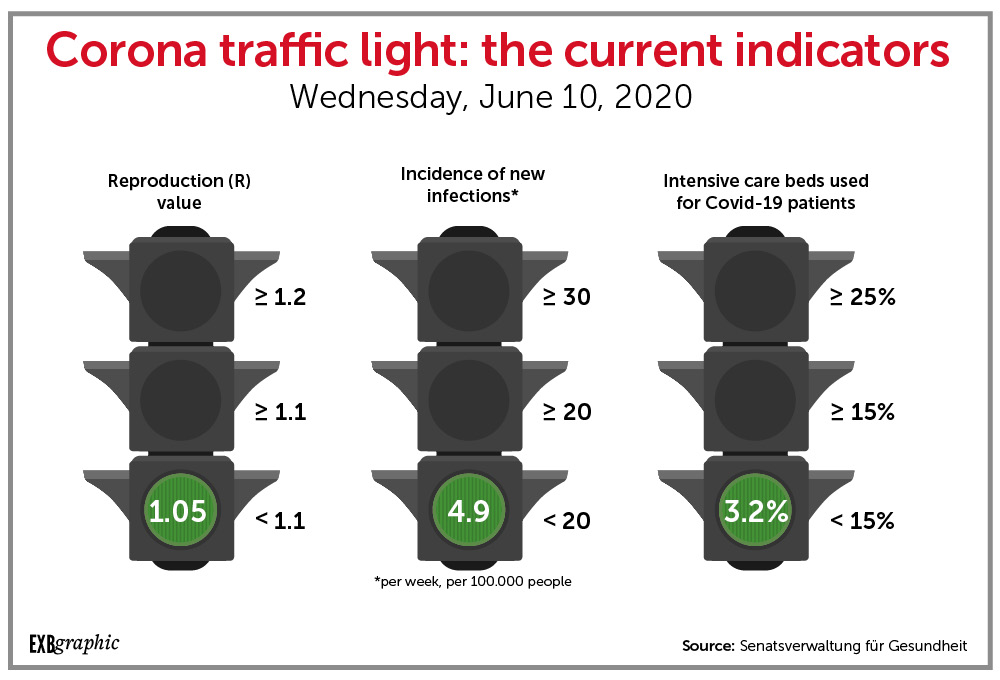 The Abitur exams are done and 12,000+ new Berlin high school graduates want to party with all their friends and cousins. But indoor events remain restricted to 150 attendees – with strictly no dancing, the Berlin administrative court has confirmed. A party planner organising a socially distanced and dance-free prom for a Gymnasium in Altglienicke with – they were hoping – 270 people tomorrow night had complained, but the judges affirmed the Senat’s rule. From June 30, 300 people will be allowed.

If you thought putting on your Alltagsmaske on the bus each day was enough, this tweet by the Senat health office is for you: “Wearing the masks the right way and cleaning them so that they are effective, is at least as important,” it reads. The official recommendations include testing whether a new masks lets through enough air for you to continue breathing and also washing it at 60 to 95 degrees after each use – “ideally”.

The 11pm curfew for bars and restaurants has been lifted, but Berlin’s hotel and restaurant association still estimates around 10,000 jobs will be lost in the hospitality sector as a result of the Corona pandemic. Currently 80 percent of hotel and restaurant employees are on Kurzarbeit. As annoying as tourists can be to the resident Berliner, their absence is a big blow to the city’s economy. 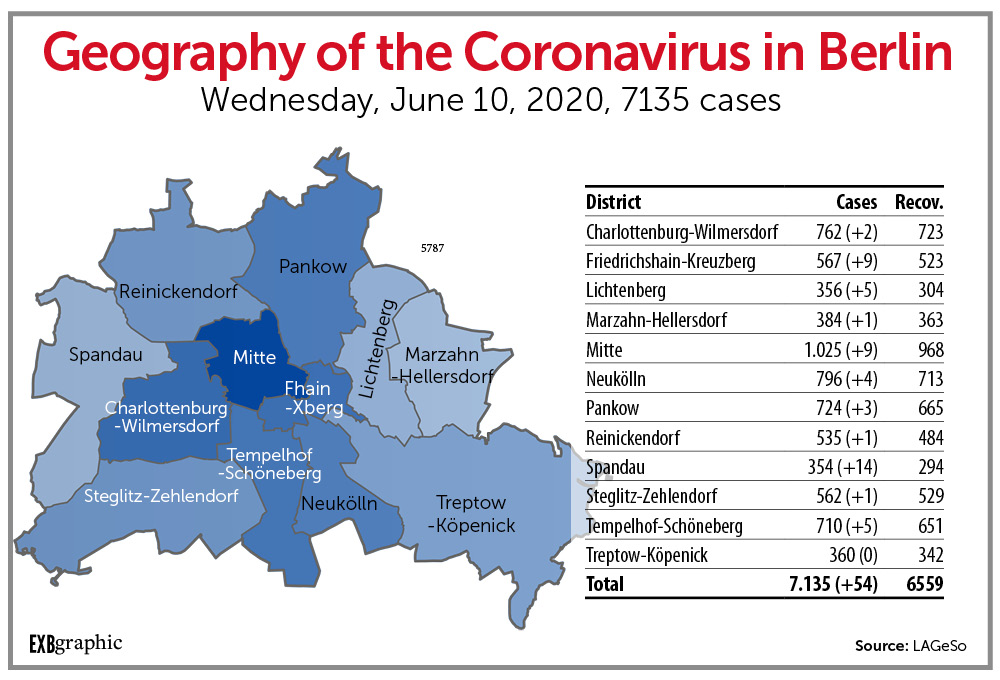 Another Soforthilfe fraudster has been arrested as public investigators carried out 30 raids early today. The 30-year-old suspect from Neukölln is accused of having applied for (and received) financial aid for a company that is no longer in business and having instigated a number of fraudulent applications from other people. A total of €145,000 had been granted and transferred to the 10 illegitimate applicants.

Going away this summer? No? Then maybe it’s time to finally take that class at the Volkshochschule you’ve always said you wanted to enrol in. The adult education centre branches in Steglitz-Zehlendorf, Reinickendorf, Mitte, Pankow, Treptow-Köpenick, Charlottenburg-Wilmersdorf, Lichtenberg, Neukölln and Tempelhof-Schöneberg will be back from July 1. Booking starts tomorrow and classes will be smaller than usual, so don’t be late.

Here’s another hot trend for you: “Gardening is the new cooking,” the Morgenpost quotes Hauptstadtgarten blogger Carolin Engwert. The current popularity of garden centres seems to prove her right – and there are more blogs to awaken your inner gardener: try Anke Schmitz’s Gardens in the Times of Corona or her English-language gardening-specific interview collection on Grünesblut. Your balcony is your oyster!