The critical R value has gone down from 1.95 yesterday to 1.32 today, but the traffic light remains red. The lower the number of new infections, the more the R value fluctuates. Health Senator Kalayci (SPD) warned that the number of infections now needs to be closely monitored. If two of the three ‘traffic light’ indicators are in the red, the loosening of restrictions could be halted or even reversed, Kalayci warned, while also urging Berliners to act sensibly.

Meanwhile, the federal government has decided to lift travel bans for 31 European countries from June 15. This includes the Schengen states as well as the UK. However, Spain does not plan to reopen its borders before July and Norway is considering banning tourism until August 20. Foreign secretary Heiko Maas (SPD) explained this does not mean tourism will be possible again in all cases, and specific travel advice will be given out for each state.

And guess what, with international air travel picking up again, the Berlin-Brandenburg airport association has decided to keep Tegel open until November 8 – its original closing date. So, all this debate for nothing. Airport manager Lütke Daldrup justified the u-turn, saying that a few weeks ago the airport association couldn’t have foreseen the current situation (an explanation that kind of always works – or not). 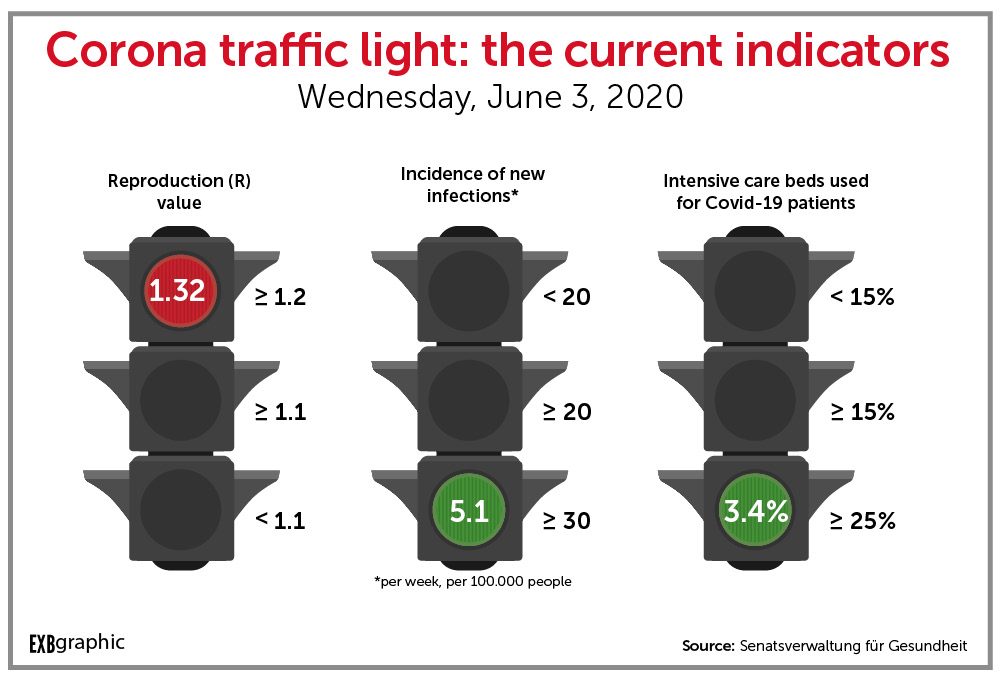 Unemployment is going up: in May, another 18,023 Berliners lost their jobs, meaning that currently 200,641 people, 10 percent of the city’s population are out of work. The last time unemployment was this high was five years ago. Especially affected are those who worked in gastronomy, service and retail. Unemployment agency boss Bernd Becking said that without Kurzarbeit, the picture would be a lot worse.

The districts’ coordination for volunteer help during the Corona crisis has been upgraded: Now there is a central hotline (577 00 22 00, German actress Katja Riemann has recorded the audio menu) and an online portal to help Berliner receive or give support – be it through translating or writing cards and letters to those still having to isolate in their homes. So far, it’s in German only, but if you get someone to help you understand it, there is plenty opportunity to get involved and up your karma.

With the weather being so fabulous right now, many Berliners decide to get outdoors – to Wannsee, for example. The BVG-operated ferry across the lake to Kladow reached its limits last weekend as only half the usual number of passengers are allowed on board. As the Tagesspiegel reports, the BVG “publicly discouraged” people from taking the ferry. Now the local CDU has demanded the Senat agree to a second boat. The summer holidays are approaching, after all, and who wouldn’t want to go on a ride to Kladow? 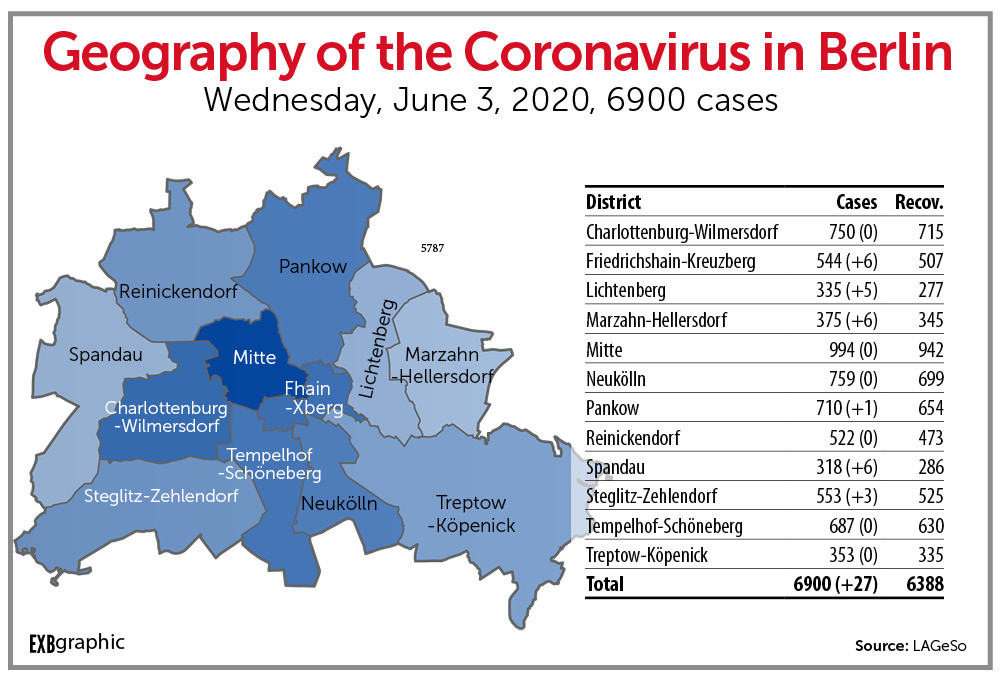 Most of them have been closed since mid-March, and now Berlin’s memorials are reopening: The German Resistance Memorial Center is already back and, from Fiday, the Wall memorial in Bernauer Straße will once again receive visitors (masked, of course, and not on the viewing platform). On June 19, the former Marienfelde refugee camp for East Germans will also reopen its doors.

Not reopening any time soon is the Friedrichstadtpalast: Culture Senator Klaus Lederer (Die Linke) said the show venue would only lift the curtains again in 2021, and the interim time will be used to redo the ventilation system. The Palast mostly finances itself but is losing €2 million every month that it’s closed. The city wants to help out, but a parliament vote is still outstanding.

With all the bad news going around, sometimes it’s nice to focus on the positive. In this spirit we’ll end tonights news briefing with a mention of happy amphibians: According to the Naturschutzbund Deutschland, the decreased traffic during lockdown has “certainly” facilitated the annual migration of toads, especially along roads without toad protection fences. On the other hand, they say the crisis has made the work of animal welfare activists harder… Ah, let’s not go there now!