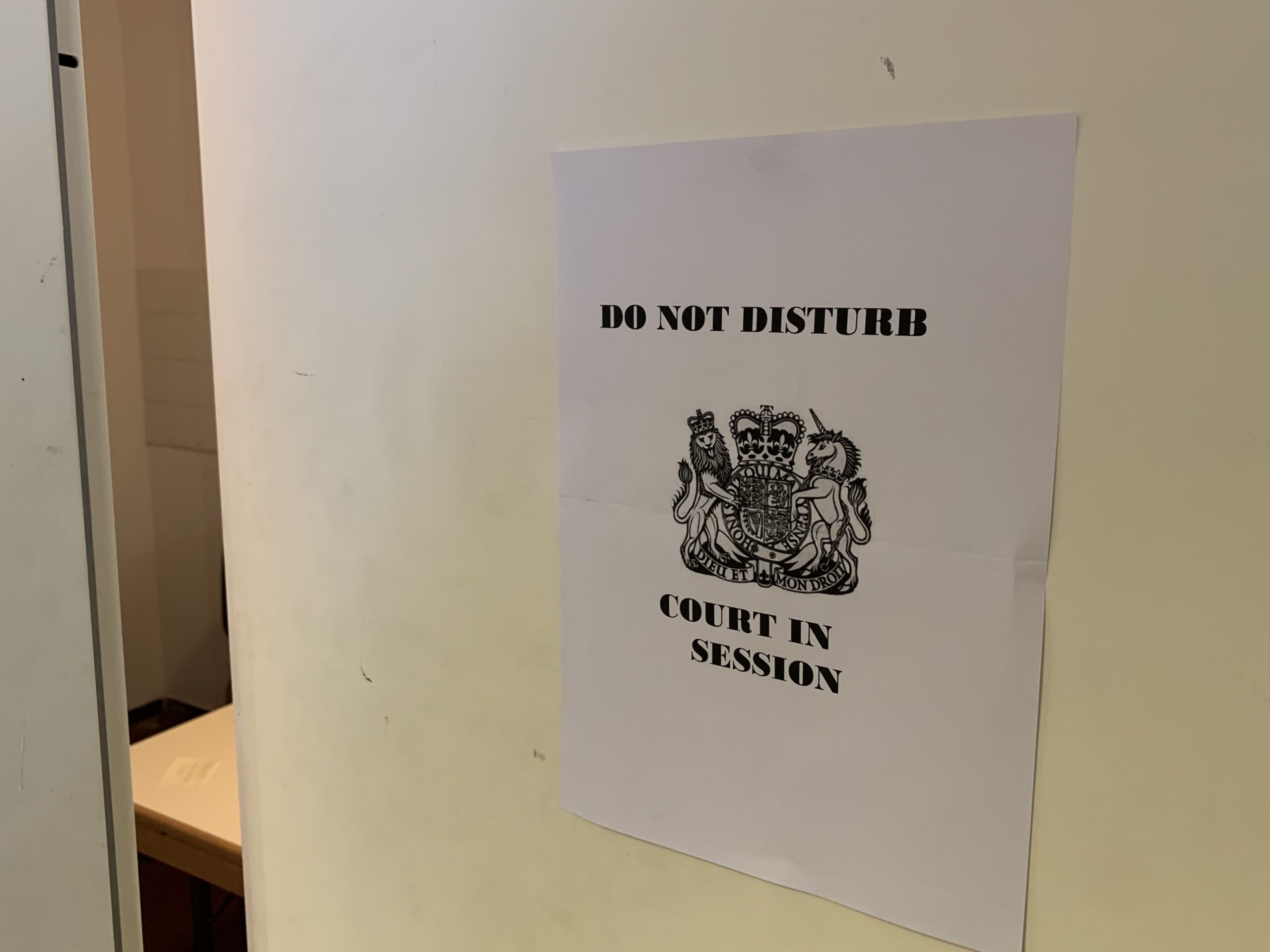 Exberliner has a digital seat inside London’s Old Bailey, where Julian Assange is fighting his extradition to the US. Here’s a recap of the last week’s hearings, as remotely observed from our Mitte office.

As the saying goes, “justice must be seen to be done.” Due to social distancing limitations in light of COVID-19, the court at least has a reasonable excuse this time for tightly restricting how many eyes may observe this potentially groundbreaking case in person. Unfortunately the court rejected a number of observer applications that had previously been approved, because the judge herself had not personally reviewed them. The rejections included WikiLeaks acting editor-in-chief Kristinn Hrafnsson (initially), John Pilger, members of parliament from half a dozen European countries, Amnesty International, Norsk PEN, and numerous other journalists or civil society NGO representatives. Reporters Without Borders has also been frustrated in their attempts to access the court and deliver a petition to the British government. Exberliner was admitted – to our own surprise – and so we’re watching every day from 11:00 to 17:00 (10:00 to 16:00 London time). (Here’s why we at EXB give a shit about the Assange trial.)

The hearings are presided over by District Judge Vanessa Baraitser, herself supervised by Judge Emma Arbuthnot. The prosecution team representing the U.S. government is staffed by James Lewis QC, Clair Dobbin, and Joel Smith. The defence team representing Assange includes solicitor Gareth Pierce, who sits in the back of the courtroom; barristers Mark Summers QC and Edward Fitzgerald QC occupy the front defence bench. A limited number of observers are allowed in the jury box and public gallery directly in the courtroom, and there is a secondary overflow courtroom with a video feed for local media.

There are still improvements to be made when it comes to their remote access systems. This week, the live video feed provided by the Old Bailey to select members of the media and civil rights advocacy groups has been rife with technical issues. Court was dismissed early on the first day after they were unable to admit the first defence witness. Oddly, we virtual court participants could see and hear Feldstein – flanked by his impressive literary collection – perfectly! Apparently, witnesses, prosecutors, even lawyers for the defence are not only using the same video conferencing system, but popping in through the same remote viewing rooms as members of the press and in at least one case, accidentally. Luckily, there have been no more subsequent issues with witnesses connecting. Though on the fourth day, due to a possible case of coronavirus, the prosecution briefly attended remotely, and attempted to discuss the schedule amid their various audio, video and battery problems before adjourning back to their own apartments.

The live video feed provided by the Old Bailey to select members of the media and civil rights advocacy groups has been rife with technical issues.

Meanwhile, in the actual court, highly paid lawyers on both sides struggle with the most basic microphone technology, which sometimes makes it easier to hear whispering and shuffling papers than actual testimony.

While we would love to write more about this, both Judge Baraitser and our various hosts have sternly warned all court participants (including those of us who can virtually attend in our pajamas) that capturing or recording any portion of the proceedings would be a criminal offence. So when we tell you that Assange is forced to sit silently for hours, separated from his legal team, under guard in a locked glass box at the rear area of the court room – and be threatened with eviction if he dare speak out at his own trial – you will just have to trust us.

Wednesday, Day Three: “[His political views] have made him the subject of targeting” (Rogers)

Thursday, Day Four: “We must assume she has it” (Summers)

The strategy of the prosecution appears to focus on proving that the defence witnesses are not neutral or experts in their field, making an exception for medical professionals. Lewis spends a significant portion of his cross-examination asking if the witnesses have read the requirements on giving unbiased testimony, and why they didn’t cite the affidavits of U.S. assistant attorney Gordon Kromberg (page 96-249) in their reports. When addressing the testimony and expertise of Stafford-Smith and Feldstein, he described their opinions of a “war on journalism” as a “diatribe” against President Trump.

According to Craig Murray, a former British diplomat who has been attending from the public gallery, the judge appears to be reading from pre-written statements.

Join us this week for further coverage of Assange’s extradition trial.