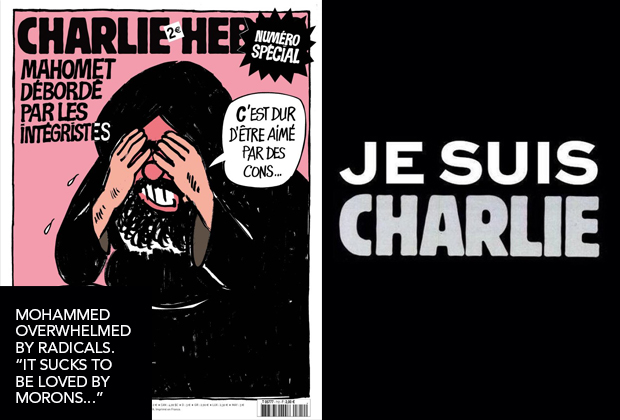 Today, at 11:30 am, two terrorists stormed the office of the French satirical weekly Charlie Hebdo in central Paris. Invoking Allah’s name, the gunmen killed at least 12 people, including several journalists and caricaturists and two police officers. At the time of writing, five of the victims have been named: editor-in-chief Stéphane Charbonnier aka “Charb”, economist Bernard Maris and famous caricaturists Jean Cabut aka “Cabu”, Bernard “Tignous” Verlhac and Georges Wolinski.

Charlie Hebdo has been fearless in poking fun at all religions including Islam, as well as the far right and radicalism from all sides, for over 40 years. It has always stood for free speech, despite intensifying pressure and mounting threats from those who wanted to silence the magazine and its journalists.

The Exberliner staff wish to express their solidarity with their colleagues from Charlie Hebdo after this heinous, cowardly attack.