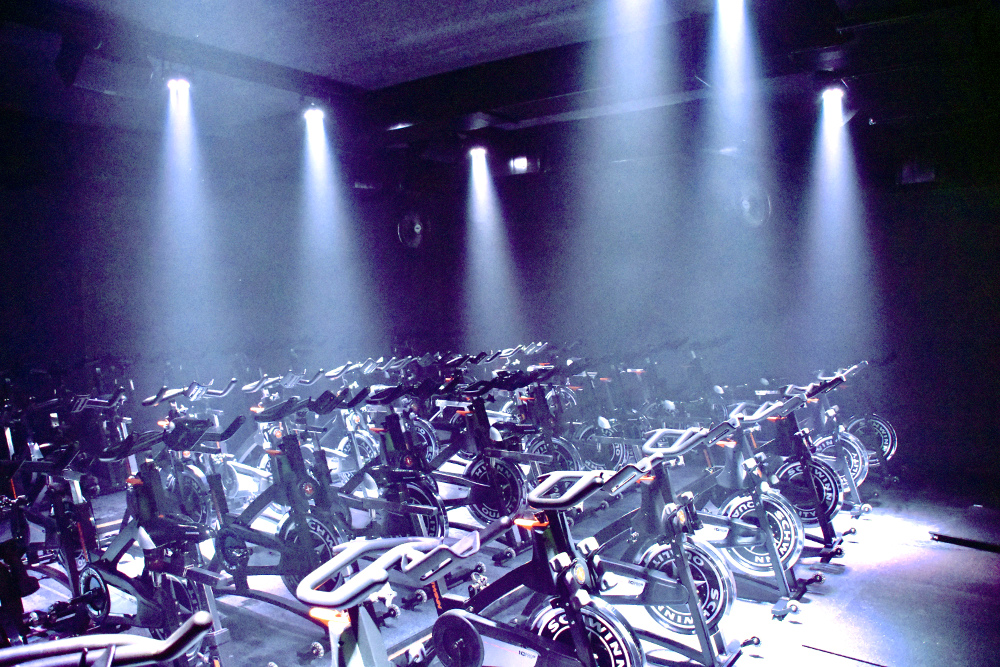 You thought a €25/month John Reed membership would be enough to get you moving? Please. To actually bust that flab, you need serious motivation – and you’ll find it at Ride Berlin, the German answer to the US’ Soulcycle franchise. As of November, they have two studios in town where groups of 10-15 Berliners, ranging from high school students to business managers, can get one of this city’s most intensive “full body cycling” workouts.

Don’t be fooled by the Zen-like candle-light atmosphere: you’ll soon be drenched in sweat, attempting to do push-ups on your stationary bike while pedalling to the beat of The White Stripes’ “Seven Nation Army” and Pitbull’s “I Know You Want Me”, under the rewarding encouragement of the trainers. It’s easy to get addicted to the constant shouts of “Amazing job!”, not to mention the luxurious facilities (spotless dressing rooms, great showers with free products and fluffy towels).

Starting a habit of it, however, might mean cutting down on flat whites and concert tickets: after the introductory offer of €26 for two 50-minute classes, it’s €120 for five or €400 for a package deal of 20. But if you’re the type who won’t stick to your resolutions unless there’s serious money riding on them, it might just be a worthwhile investment.