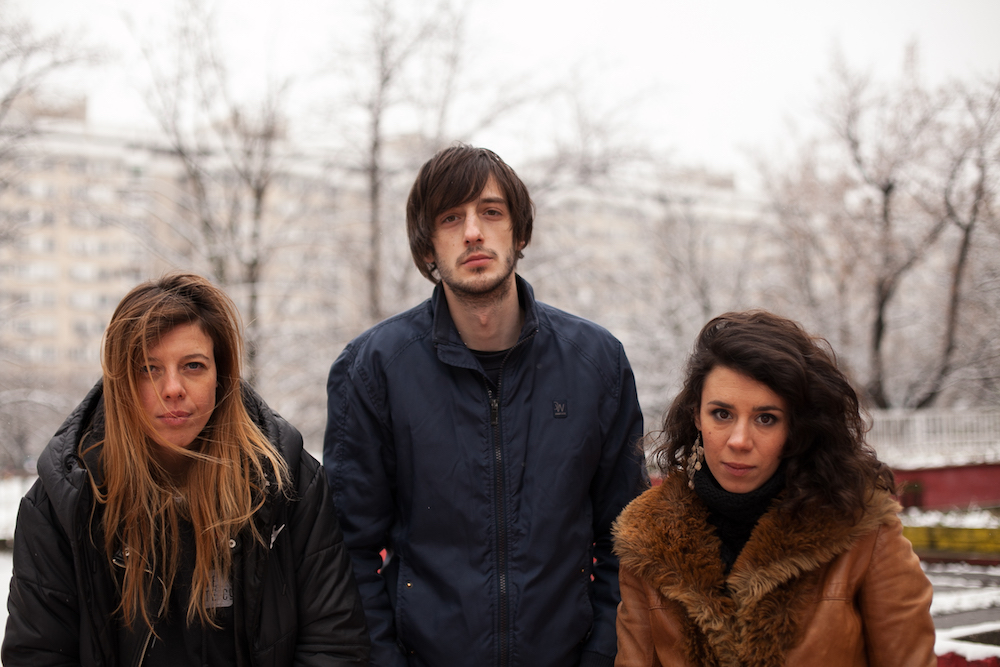 Ava Johnson goes to that thing you’re curious about to answer the question: Are you missing out? This time: Puschenfest 2018.

Here’s something that you, the avid readers of this here wildly popular blog, may be wondering: the name is FOMO Factor, and the ultimate source of FOMO in Berlin is the clubs, ergo why no clubs in the blog?

Erm, well… I don’t go to them. Much. Instead I’ve thrown in my lot with something called an “indie scene”. This is increasingly hard to define, but I can say it involves guitars (sometimes), songs that have words (usually) and vague notions of “authenticity”.

It’s also really white, male and hetero, in a way that most other genres aren’t anymore. Part of it has to do with the barrier of entry: despite the DIY trappings, starting an indie band requires cultural capital (being exposed to the “right” references, from the Velvets to Pavement) as well as capital capital (seriously, how is even the most mediocre opening band at Internet Explorer able to afford those vintage Jazzmasters?). And so it happens that even the most back-patting lefty progressives end up putting together festival bills that resemble the US’ Republican congressional freshman class, just because that’s “who’s out there”.

That’s been changing, especially as bookers and label heads get savvy to their own blind spots. Look at Puschen, the concert agency responsible for the lion’s share of Berlin’s higher-profile indie gigs. The last time they put on a festival here, in 2013, the men onstage outnumbered women nearly four to one. But at this past weekend’s Puschenfest, seven of the 10 acts booked were fronted or co-fronted by women – going well above and beyond the Music Board-mandated 50-50. Alternating between two stages set up at either end of Festsaal Kreuzberg, they ranged from doomy art-folk (Circuit des Yeux) to rip-your-heart-out confessional material (Scout Niblett) to supremely danceable political jazz-funk (US Girls) and made me wonder how I ever put up with all those same-y flannel-clad dudes in my mid-oughts youth.

There’s still a ways to go, of course. The entire festival only featured two POC performers, and that’s including backing musicians. The scene here could take a cue from Utrecht’s Le Guess Who, an indie fest showcasing Puschen-approved bands like Cindy Lee and Circuit des Yeux alongside the kind of rap, free jazz and Afrobeat acts that Berlin normally pigeonholes into Yaam, Gretchen or Prince Charles. Actually, just branching out past North America and Western Europe would be a start: Repetitor, a three-piece from Belgrade, was Puschenfest’s biggest breath of fresh air, blasting energetic Serbian-language punk rock to an earplugged crowd that was at first sort of shocked, then totally into it.

It’s not like having female, POC, queer, gender-nonconforming and/or non-Anglophone folks in your band automatically makes it better. Just take The Limañanas, a French Brian Jonestown Massacre-alike whose interminable closing set sent a chunk of Saturday’s sold-out crowd home early. But it does tend to make lineups more interesting, in the same way that it’s nice to read novels that aren’t about dysfunctional upper-middle-class families and self-sabotaged relationships. In the end, I guess, diversity in music doesn’t have to be a political thing – it’s more about getting out of one’s comfort zone, and then wondering exactly what made it so “comfortable” in the first place.

Here endeth the sermon. And with that, I’ll be spending my weekend at the clubs – kidding, I’ll probably just go to Spiritualized at the Volksbühne. Once an indie kid, always an indie kid.

FOMO Factor (On a scale of 1-5, how bad should you feel about missing out on this?): 4. A mostly-killer lineup, smooth stage setup and decent (if loud) sound – if you do happen to be an indie kid, it doesn’t get much better than this.