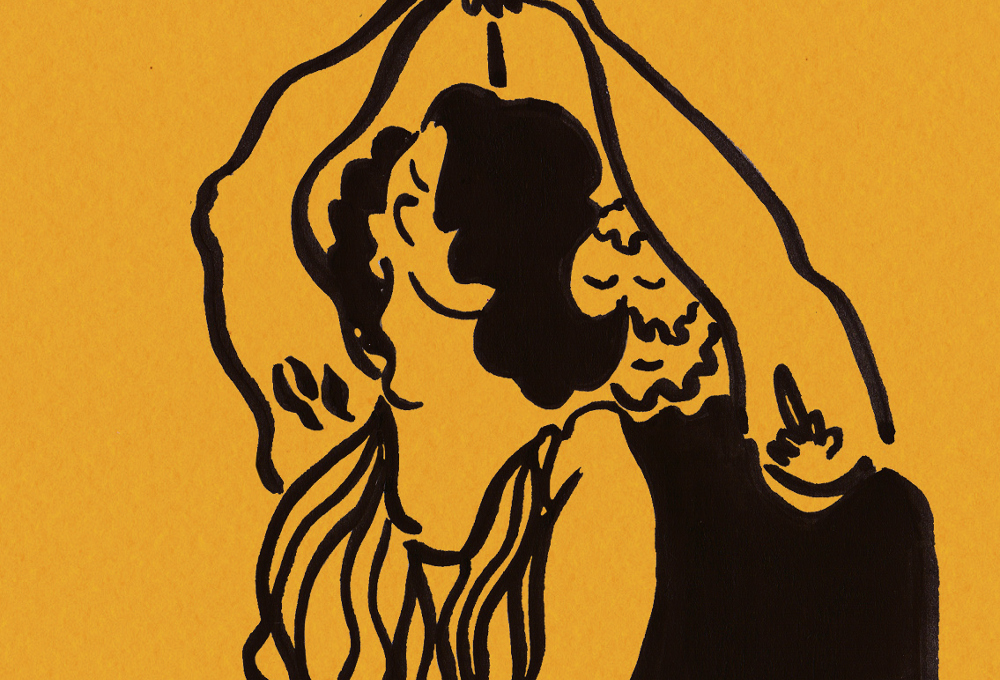 Originating in 19th-century Brazil and now popular throughout Europe, the scintillating moves of Forró have been setting Berlin’s dance floors – and a few hearts – alight.

You’re spending your Wednesday night as you might any other, in a dimly lit, spacious bar in Prenzlauer Berg. But as the clock strikes 20:00 here at Atopia Kaffeehaus, the tables are pushed aside and the innocuous setting quickly becomes a den of palpable flirtation and intimacy, incited by the Brazilian dance force that is Forró. There’s a brief class for beginners to learn the basics, before they are thrust into a sweaty hotbed of dancing couples. So close they’re almost kissing, they brush knees, cheeks and hips, as well as other dancers, forcing an overspill into the bar area, where they dodge tables of vinho drinkers. Despite your best efforts to remain a spectator, the irresistible rhythms booming from the sound system deserve more than a mere foot-tap, and you too are eventually coaxed from your seat by the fire-footed Brazilian dancer you’ve been watching all night.

On the way home, all you can think about is the next time you’ll be led around the floor with your partner’s thigh lodged commandingly between your legs.”

“Any mistake is my mistake,” he reassures you before he draws you in close, breathily singing Portuguese lyrics into your ear. But Brazilian Portuguese isn’t the only dialect you hear diffusing through the packed venue. You catch snippets of conversations in a variety of languages between dancers of all ages and walks of life, from young English-speaking students to mature German businessmen. Before you know it, it’s midnight. On the way home, all you can think about is the next time you’ll be led around the floor with your partner’s thigh lodged commandingly between your legs. And that’s when you realise: you’ve caught Forró fever.

A folk dance originating from the north east of Brazil, Forró (literally, “for all”) has a growing community of followers in Berlin, the beating heart being the Wednesday night parties at Atopia organised by Tome Forró, a non-profit collective founded in 2013. Forró is renowned for its inclusivity; according to one theory, the term dates back to the 1900s, when workers on Brazil’s Great Western Railway would classify their weekend dance parties as either for railroad personnel only or “for everyone”. The dance culture is thriving across Europe, with prominent festivals hosted in London, Lisbon, Stuttgart and Paris to name just a few. Berlin hosted its sixth Forró festival this January, organised by Brazilian Carlos Frevo of Wedding dance school Danca Frevo.

Festivals aside, the backbone of Forró in Berlin is the bustling, tightly knit community of die-hard regulars. With Brazilians, Germans, Russians, Australians and many other nationalities among their number, these Forró aficionados have become fast friends and attend every party to satisfy their dance compulsion. There are Facebook groups, but the best way to infiltrate the scene and learn about upcoming events is to get chatting with the partner you’ve been closely orbiting for the past 20 minutes. Once you do, it’s hard not to find yourself inducted into this welcoming band of Brazilian enthusiasts. After attending Forró classes for just one week, you’ll probably begin to recognise familiar faces and score invites to live concerts and parties – like Ama Forró’s Sunday night dance parties on Oranienburger Straße.

Taking place in the red-lit, underground environs of club Aufsturz, these Sunday sessions are organised by East Berlin-born Tobias Conradi. Having danced tango for 15 years and worked as a tango DJ, Conradi discovered Forró while studying Brazilian Portuguese and began organising parties in 2015. “I love to dance and wanted to give the opportunity to others.” Comparing his two favourite dance styles, he says, “Tango is generally more serious, whereas Forró is more relaxed.” And while the tango scene boasts a 30-year history and thousands of members, “Forró is more like a family.”

One recruit to the “family” is Angela, a Hungarian former ballet dancer who stumbled upon the style by accident a year ago. “I was playing ping pong at Atopia on my birthday when the staff came over to say they had to get started with some dance thing… I’d never heard of Forró before, but I was curious so I stayed. I immediately fell for the shameless cheerfulness of the moves and the happy music.” In her view, this joyfulness is what sets Forró apart: “Salsa is much more serious, tango so dramatic. But Forró is such an unpretentious, happy dance with a lot of space for creativity and improvisation. That’s what I love about it. It’s so full of life!” Having never taken an official lesson, she picked up everything she knows on the dance floor, and whilst her background as a professional dancer may have helped, Angela is adamant that anyone can dance Forró. However, she admits the girls have a slight advantage over the guys when it comes to learning the dance off the cuff. “As a woman, all you need is a good partner. The man is leading, so he can bring his own style, and when you’re with an experienced dancer, then it’s amazing,” she says with stars in her eyes.

Originally from Dresden, 40-year-old John is one such male dancer who’s felt the pressure to learn the steps more systematically. “At first I was very shy to ask girls to dance, because I hadn’t had many lessons and thought I was a bad dancer.” A salsa dancer for 15 years, he discovered Forró in the villages of northeastern Brazil during a windsurfing trip in 2016. “I saw how much fun people had, and I decided I wanted a piece of it, too!” Like many dancers, John falls into the “urban professional by day, Brazilian party animal by night” category. He attends Forró twice a week as an outlet from his job as a scientist at a federal research institute. “I sit in front of a computer all day, and Forró gives me the chance to end the day better than just going home and watching the TV on my own. It’s like a fitness programme for body and mind.” It has other motivational factors, too: “Sometimes when I’m about to leave, I spot a new beautiful girl who’s an amazing dancer. I’ll stay longer just to dance with her!” he laughs.

For those, like John, who want some coaching before diving onto the dancefloor, Tome Forró also runs weekly classes for beginners and intermediates on Mondays as part of the Humboldt University’s sports programme. These workshops break down the basics to give an introduction to the style but the approach is, admittedly, slightly removed from the raw energy of the dance and more tailored towards a stereotypically pragmatic German audience, with attendees urged to “be as clean as possible.”

Even so, Brasilia-born Dhiego Luiz, who teaches another Forró class in Grünberger Straße with his German partner Diana Pary, praises the extent to which Berliners have adopted the dance form. “Meeting all these people singing Forró songs, learning Portuguese and being so interested in the history and culture of the dance, I’m even more inspired to expand and share my own knowledge with them.” In fact, many Brazilians in the Berlin Forró community have learnt the dance in Germany from a German teacher, largely because the style has been developed into a more technical, complex form here, whereas, according to one Brazilian man at Atopia, “at home, Forró is just like [cue a hunched static sway with a screwed-up face]. I was more into reggae and capoeira back in Brazil.”

Though some of these Brazilian Berliners don’t speak much English or German, the universal language of dance readily comes into play, and anyway, in Forró you change partners so often that you’re bound to find someone with whom you share a common language. “You don’t have exclusive partners, you dance with everyone – the good ones, the less good ones…” Angela explains. “Over the weeks and months, you get to know all the dancers, many people you’d never get to meet otherwise.”

But does all this sensual dancing ever lead to anything more? “The intimacy is restricted to the dance floor,” Angela insists. The Forró scene is keen to disassociate itself from the infamous salsa “meat market”, where many single women sport fake wedding rings to fend off lecherous partners. But it’s hard to believe that Forró isn’t responsible for more than a few happy couples in Berlin today, or, at the very least, many friendships. As the old song goes: the best things happen while you’re dancing.